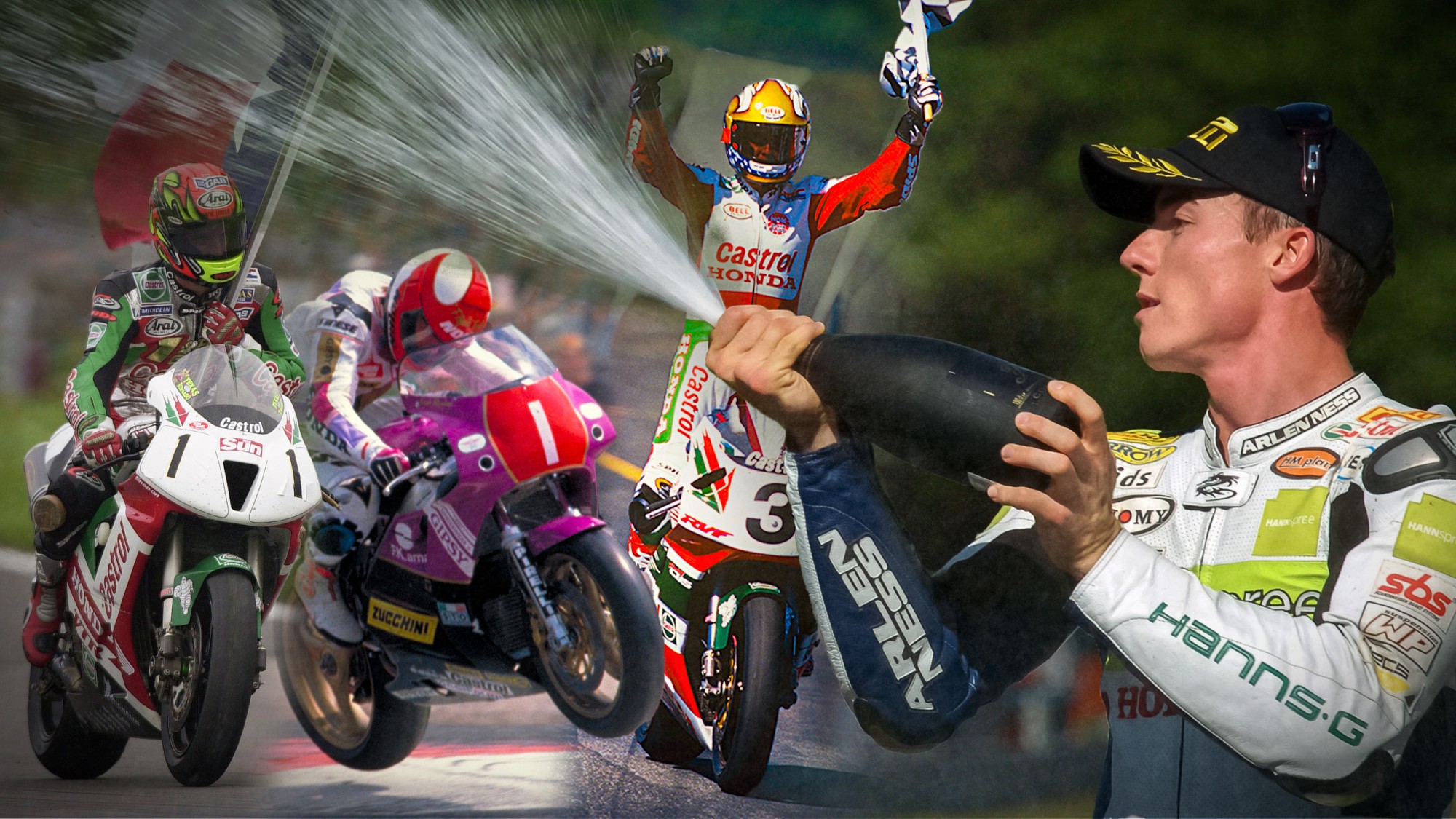 Big races, Championship success and defining moments, Honda have done it all

After the excitement of reliving the full round weekends in recent weekends, it’s time to switch things up. This weekend is Honda’s weekend, as the Japanese motorcycle giant returns with a factory HRC squad in the 2020 MOTUL FIM Superbike World Championship. A strong competitor in the first round, it’s time to look back at iconic Honda moments throughout their WorldSBK history.

It took just three races for Honda to achieve a first WorldSBK victory, coming at the Hungaroring in Race 1, with American Fred Merkel. Taking just one more victory in 1988, Merkel would unbelievably take the title with lowest number of wins, before taking another title in 1989, but Honda would be dethroned for the best part of the 1990s, as the Ducatis of Raymond Roche, Doug Polen, Carl Fogarty and Troy Corser conquered; a title also went to Kawasaki in 1993, courtesy of Scott Russell.

However, like in 1988 and 1989, there was another American rider aiming to bring Honda to the top. Despite the 15 wins they’d taken from 1990 to 1996, there was no title but 250cc World Champion John Kocinski was back and ready to change that. 1997 saw him resume big rivalries with Fogarty and teammate Aaron Slight, overcoming them to achieve win after win, eventually taking the title. He came out on top in the closest WorldSBK podium of all time at Monza, with just 0.008s covering the top three before a dramatic last lap showdown with teammate Aaron Slight at Sentul in Race 1.

Kocinski returned to 500cc Grand Prix World Championship racing for ’98, meaning Colin Edwards got the ride at Castrol Honda. Edwards took the double at Monza before Slight did the same at Misano, and despite Slight’s five wins, he would only finish second whilst Edwards was fifth. ‘99 saw more classic duels but a winless campaign for Slight and a distant second place overall for Edwards –128 points behind Fogarty – meant Honda had to bring something special for the new millennium.

The new VTR1000 got off to a strong start, with Edwards defeated Noriyuki Haga and Fogarty in the first race of 2000 at Kyalami. More classics followed, with Monza Race 2, Oschersleben Race 1 and of course, the Championship-clinching moment at Brands Hatch, despite off-track politics already handing the title to Edwards before the event. He lost his crown to Australian Troy Bayliss in 2001 but 2002 saw him fight back and with nine wins in the last nine races of the year, he overcame a 58-point deficit to Bayliss and became Champion in an iconic Race 2 at Imola; the last of the year.

A year out in 2003 before a big return in 2004 with Ten Kate Racing, Honda were back to winning ways with Chris Vermeulen taking victory in Race 2 at Silverstone. He would take a heroic double at Laguna Seca and a thrilling victory at Assen. Fourth in the Championship was improved on in 2005, with the runner-up slot achieved with six wins, including another great Assen win. 2006 saw James Toseland step across, taking three wins and second overall, whilst Alex Barros also took Honda to victory. 2007 would be Honda’s year again, as Toseland clinched a second title with eight wins.

2007’s success for Honda was followed up with five race wins in 2008 and fourth in the title for rookie Carlos Checaaboard the redesigned 2008 model. 2009 began the Jonathan Rea era at the Japanese manufacturer, with the Ulsterman storming to a career-first win at Misano that year, before 14 more wins followed. Since then, the bike had remained virtually unchanged and one more win would come, courtesy of Nicky Hayden’s splendid one-and-only victory at Sepang in 2016. It’s been tough since but a new CBR1000RR-R SP for the 2020 season is already in contention for good results with WorldSBK vice-Champions Alvaro Bautista and Leon Haslam.