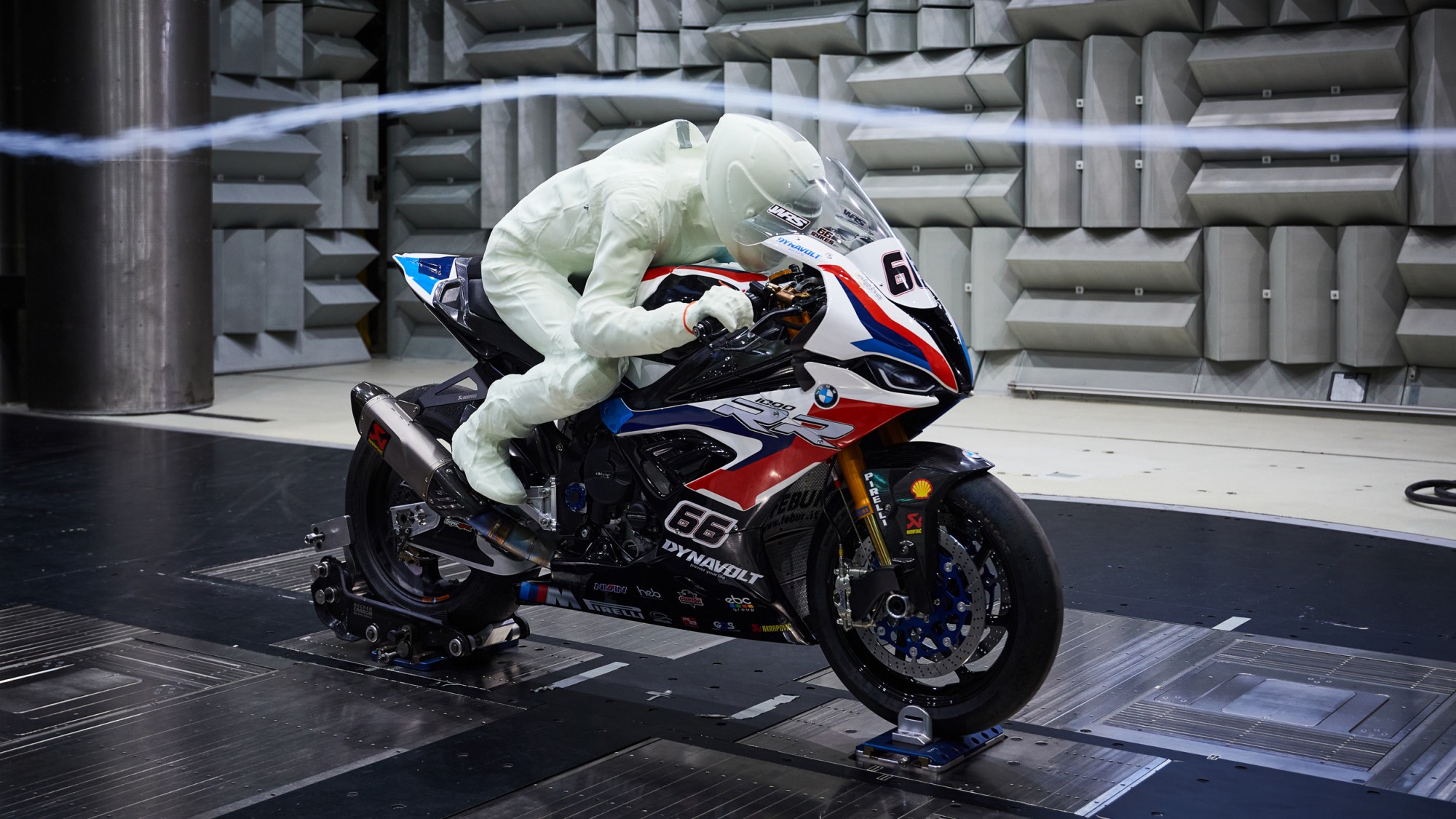 While racing was put on hold due to the coronavirus pandemic, teams were still working within government restrictions to develop their machines for MOTUL FIM Superbike World Championship. Aeordynamic development is an important part of bike development but a rider is also needed for this aspect of development.

For BMW Motorrad WorldSBK Team, they created a 3D model of Irish rider Eugene Laverty before restrictions which meant they could use “plastic Laverty” in their wind tunnel. In order to create the model of Laverty, detailed measurements were taken using a 3D modelling system; taking measurements such as an individual glove finger, every contour of the helmet, every seam in the leather overalls, every crease that affects the aerodynamic drag and with it the airflow.

The importance of the model showed with over 50 tests in the wind tunnel for the model of Laverty. Teammate Tom Sykes has since had a 3D model made of him which will also be used in the wind tunnel, following the easing of restrictions and Sykes being able to travel to Munich and go through the same process as Laverty. With the wind tunnel able to reach speeds of 255km/h during testing, it’s important both rider and bike are together in the airflow to generate accurate data.

BMW Motorrad Motorsport Director Marc Bongers said: “Eugene was here in Munich with us before the outbreak of the coronavirus pandemic. He was trying to find the ideal sitting position on the RR and, while he was in that position, we took detailed measurements with a 3D scanner.”

“Based on the data from the 3D scan, we created a plastic model made of two halves. It took about a week to get all the details right, however our 3D Eugene was then ready for action. Using a 3D model like this allows us to work more efficiently on development of our RR. While a real rider must travel to get here, the plastic version is available at any time for testing in the wind tunnel. This means that we can evaluate and implement updates even faster.”

Discussing the model of himself, Laverty said: “It was a little unusual to sit on the bike for so long and to be measured from every angle with a 3D scanner. However, the result is awesome. I can do my bit to make our RR faster without having to be in Munich in person. It’s not every day you get to see yourself as such a detailed model. It is fascinating what is possible with modern technology, and the BMW Group is leading the way in many areas in this regard.”

You can follow the 2020 World Superbike season with the WorldSBK VideoPass!