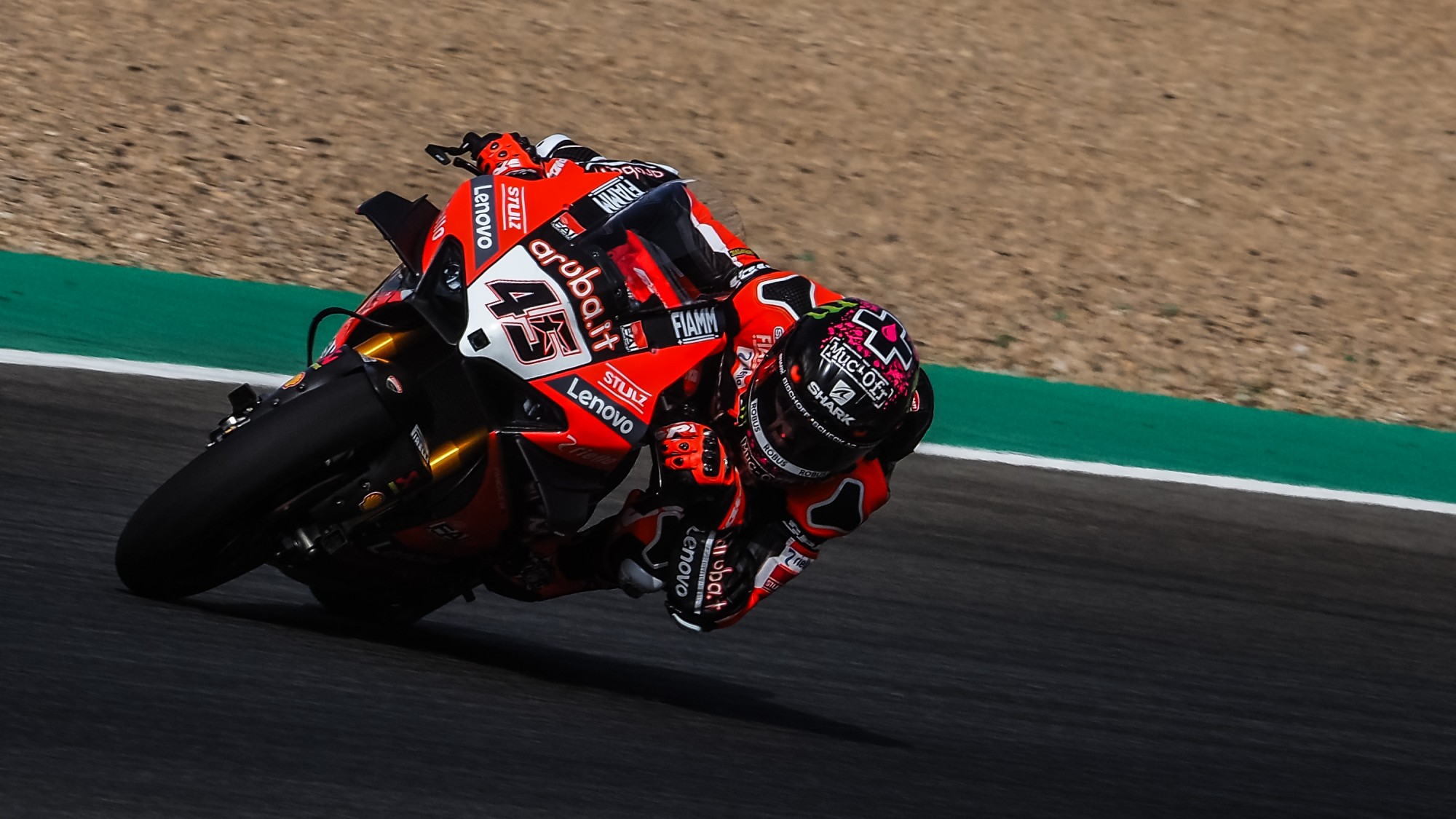 After finishing practice fifth and sixth in the combined timings, Scott Redding and Chaz Davies discuss the Pirelli Spanish Round

Redding had been the fastest rider in Free Practice 2 on Friday until Michael Ruben Rinaldi (Team GOELEVEN) put in two stunning laps to claim top spot, but it still showed the pace the Ducati riders have – with Redding, Davies and Rinaldi all riding a Ducati Panigale V4 R and claiming three of the top six spots in practice.

Redding said: “We’ve had the first two practices today and the feeling was quite good, but I’ve never ridden with the temperatures we have now. They’re a bit crazy to be honest, they’re really testing the limit of the tyres and the feeling I think for everybody is not so great, but it’s the same for all of us. We’ve been working today, especially in the afternoon, for me to find my own feeling and try to understand the condition.

“It’s one of those races where it’s not about all-out lap time, because it’s going to be about conserving the tyres, conserving the body. We have three races, two 20-lap races and one which is 10 laps, in this temperature it’s testing the limits of our bodies. We will see how we go. My plan is to be very consistent and come away from this weekend with the points.”

Speaking after the two sessions, Davies said: “I think the target is to get a podium in every race. Now that we’ve finished today, I think it’s a realistic opportunity to do that. Our pace seems quite good but, as you know, the races are always a little bit different from the qualifying and practices, so we’ll just keep working on the bike and trying to set it up to be comfortable for 20 laps and the heat we’re going to experience tomorrow is going to be intense as well so that’s something else we’ve got to manage.”

With temperatures forecast to be hotter than the 34°C recorded during Free Practice 2 on Friday, the racing could take place under sweltering conditions in Andalusia. Preparation will be key going into the three races across the weekend; both Redding and Davies will hope the work done on Friday pays off heading into Tissot Superpole and the racing.

You can follow the action from Jerez using the WorldSBK VideoPass!

The Welshman had an emotional farewell to the ARUBA.IT Racing – Ducati team on Sunday and signed off his seven-year stint with the squad in perfect fashion

In a revelation of events, Chaz Davies reveals ignored phone calls, reading between the lines about his Ducati departure and how it’s impossible to not take the decision personally…