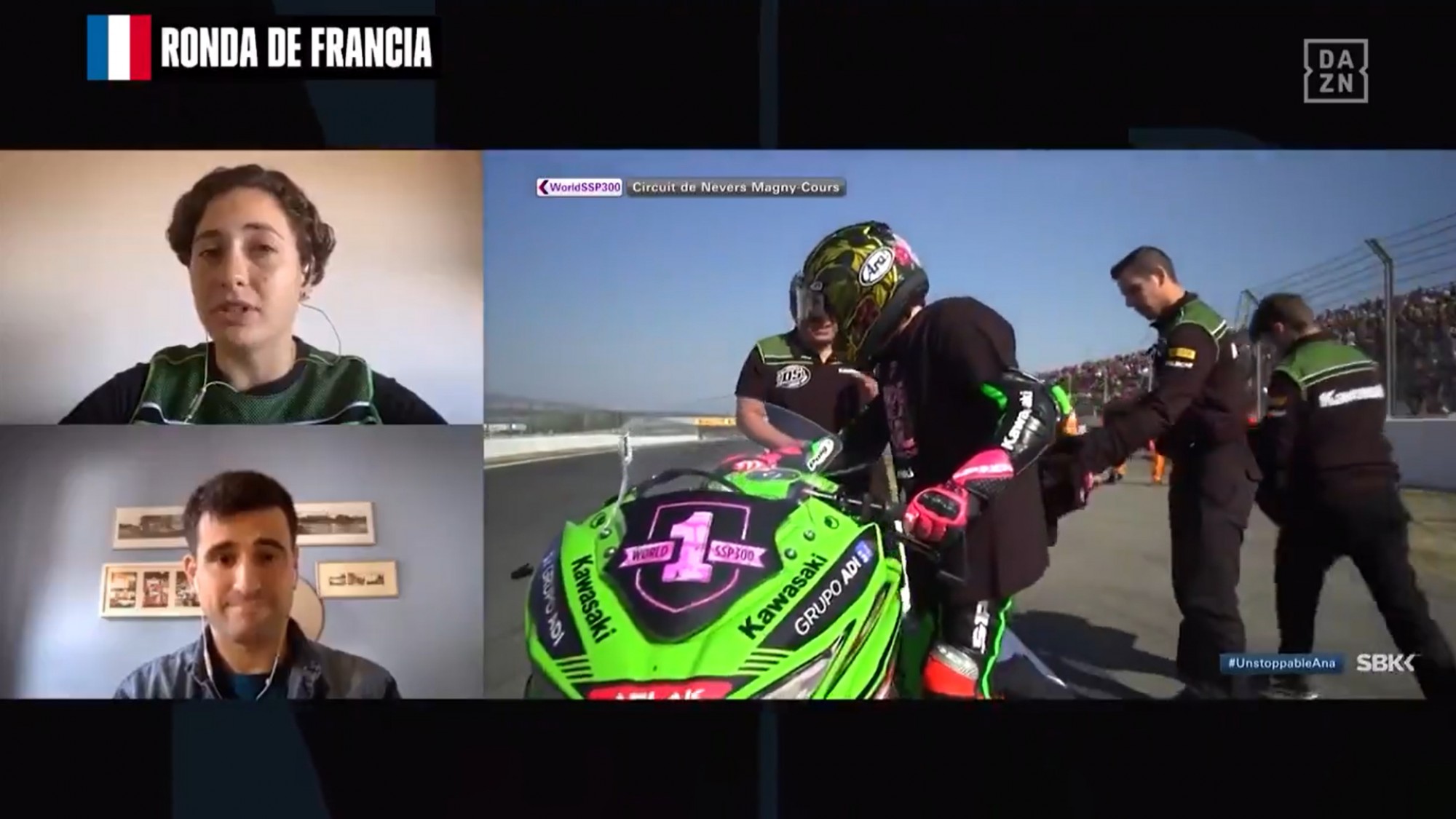 The Spanish rider commented on the platform for the 2018 Magny-Cours race and recalled the feelings she experienced when she won the WorldSSP300 title.

The appointment with Ana Carrasco more than met the expectations. Invited by DAZN to discuss on the broadcast of the Magny-Cours WorldSSP300 race in 2018, the Murcian driver put emotion and sincerity on the images that were shaping her agonising achievement of the world title.

That day Carrasco became the first woman to win the world title in a road racing championship, but the race was anything but easy. Although the Spanish rider arrived as a Championship leader at the Magny-Cours track, the weekend was complicated by a qualifying round that left her on the ninth row of the grid and forced to overtake her competitors. Her title rivals, Scott Deroue and Mika Pérez, started from pole and in the second row respectively.

"It was a weekend in which everything that could happen, happened. Everything happened to us," recalled Carrasco during the broadcast, conducted by the journalist Dani Balaguer. “It was very tense, having to manage the situation of having been the leader for nearly the entire year and then seeing myself lose it in the final race. It was a difficult situation, but both the team and I tried to be positive. We tried to get the best possible result and we hoped that the bad luck that we had until that moment changed a little in our favour in the race and helped us to obtain the championship.”

Carrasco, who made headlines last week for having returned to the track of the Circuit de Barcelona-Catalunya with her Kawasaki Ninja 400 after almost three months without being able to ride, evoked the difficulties of that September 30, 2018, when the efforts of the entire year hung by a very fine thread: “It is difficult to run in those circumstances, trying to overcome, without pulling, without making mistakes. There are so many things that have to be managed that in the end it means that you are not enjoying or giving your 100%, because you have to be aware of not making any mistake with anyone.”

She only had 12 laps to climb as many positions as possible and secure her crown. With three laps to go, on her board they point out her goal: to reach tenth position: "I wanted to get to tenth place as it was, because it handed me the Championship, and it was very important" said the Kawasaki Provec WorldSSP300 rider. “The goal was to be tenth and I finished 13th and of course, the first thing I thought at that time was ‘f***, the World Championship has gone away', but I also didn't know the position Mika had finished in… In the first corners of the circuit I was looking for a screen so I could see the results. I saw someone from the TV production team jumping and said to myself ‘Maybe I won’! At that moment I saw a photographer I know, and he was the one who told me, and I felt very emotional there..."

The Cehegín rider also reveals that she continues to watch that race and that she uses it as personal motivation: “I have seen the race many times. After winning the championship, when I got home, I watched it, and then every so often I watch it back; It always helps as self-motivation to see good races, good results. That was the best day of my life, and every time I have time to watch a race and I can remember it, I love doing it, because it helps me a lot to keep going!”

The broadcast of this race completed a week in which the DAZN network paid tribute to some of the women who have made history on two wheels. This race, as well as the first one won by Ana Carrasco in WorldSSP300 (Portimao 2017), and many other contents of the championship can be viewed on DAZN. 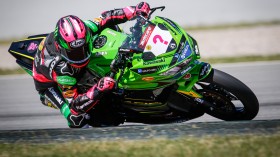 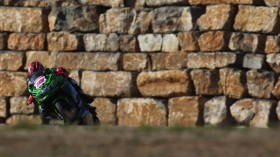