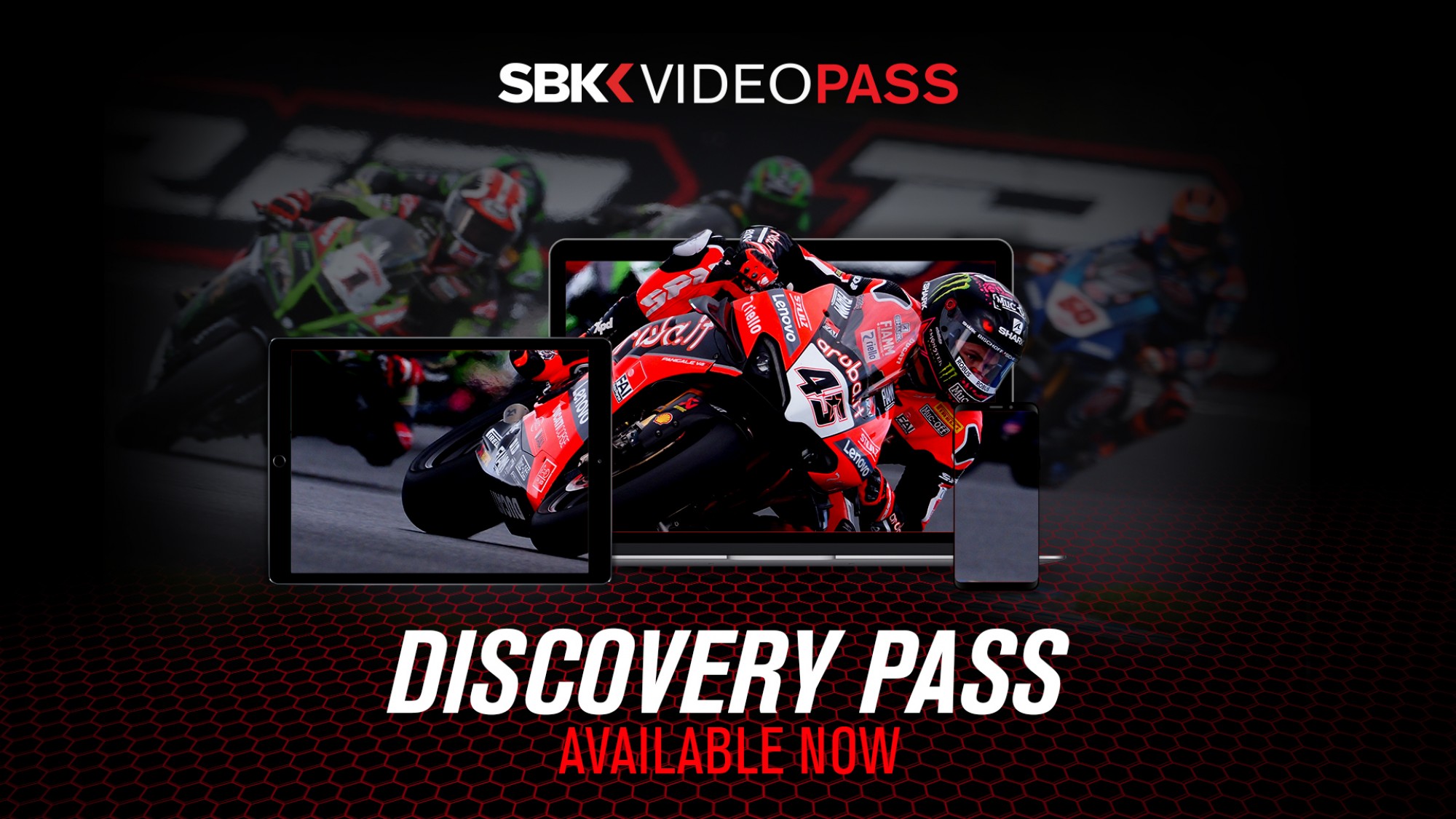 New package available with the WorldSBK VideoPass available for just €0.99 for the first month

MOTUL FIM Superbike World Championship is launching a new Discovery Pass to allow fans to discover all the content available to VideoPass subscribers. The Discovery Pass will cost just €0.99 for the first month and is available to purchase until one month before the Championship resumes racing; allowing fans to watch races and features from WorldSBK’s historic archive.

Some of the content available through the Discovery Pass includes the thrilling season-opening Australian Round; the debut of Scott Redding (ARUBA.IT Racing – Ducati) in WorldSBK, reigning Champion Jonathan Rea’s (Kawasaki Racing Team WorldSBK) rollercoaster weekend and the arrival of Toprak Razgatlioglu (PATA YAMAHA WorldSBK Official Team) into the Yamaha factory team. The race at Phillip Island also featured the debut of Team HRC’s CBR1000RR-R SP bike as Honda made a return to WorldSBK as a factory outfit while Alex Lowes made his KRT debut as teammate to Rea.

All this and more is available with the Discovery Pass for just €0.99 for the first month!