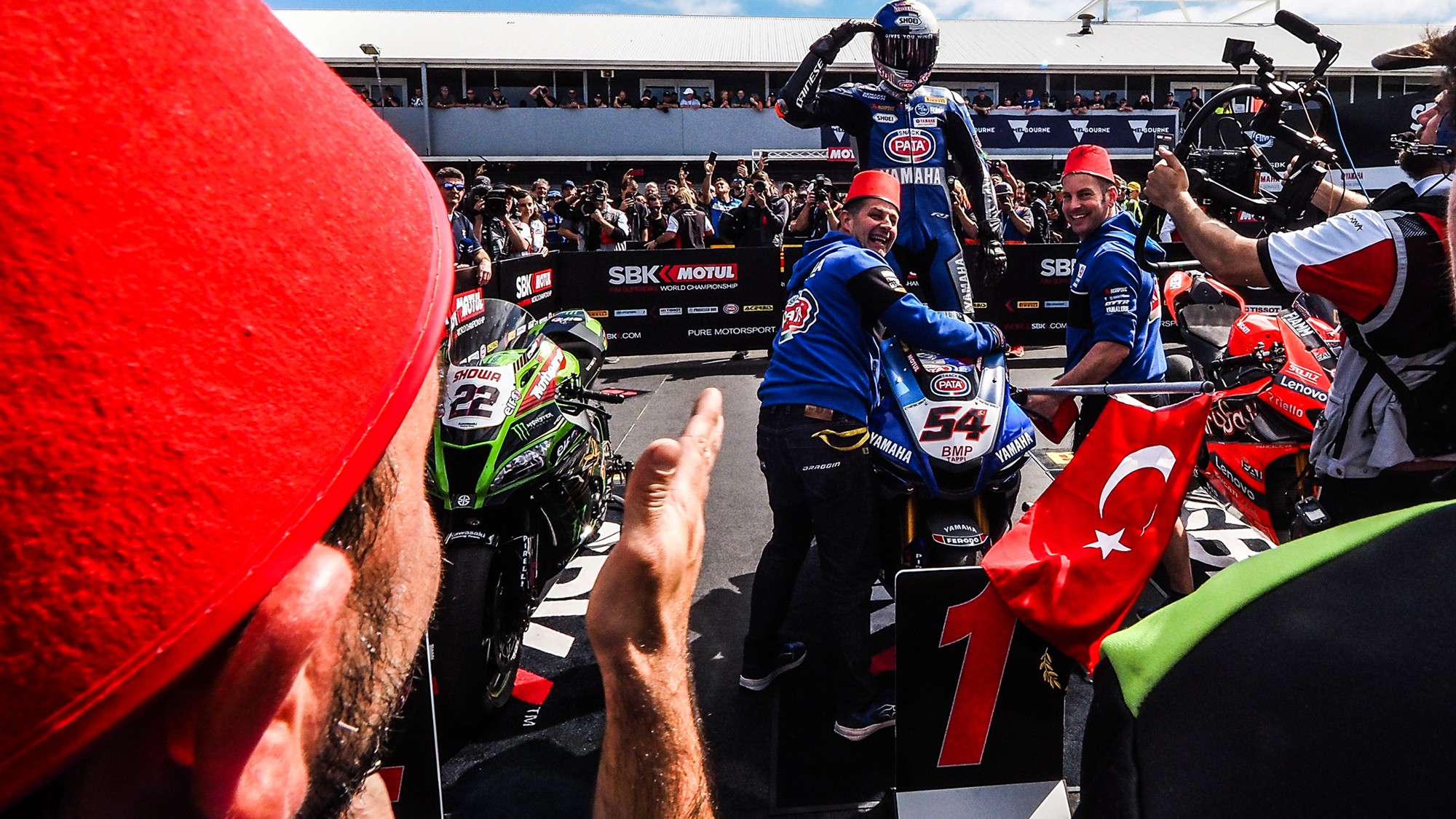 The last two seasons of MOTUL FIM Superbike World Championship action has welcomed a new nation to the front of the order; Turkey’s long-established roots of success blossomed in World Supersport for many years but now, the country has a new hero in the premier class. However, Toprak Razgatlioglu (PATA YAMAHA WorldSBK Official Team) might not be the only Turk achieving great things in 2020. We look back at Turkey’s history in the WorldSBK paddock and what will be to come in the not-too-distant future.

The Eurasian country’s success was initiated by Kenan Sofuoglu, who took a first ever career victory at Assen in World Supersport, back in 2006. Sofuoglu originally came to the WorldSBK paddock in 2003 but nobody could’ve guessed that a rider with a best result of 16th from that season would go on to pave the way for his nation, becoming a hero in the process. A first title followed in 2007, before an unsuccessful move to WorldSBK. Then, four more titles in 2010, 2012, 2015 and 2016 cemented Kenan’s place in history. Bowing out in 2018, there was already a rider waiting in the wings to take over and lead the Turkish charge.

Enter Toprak Razgatlioglu, the wild rider from the WorldSBK Superstock classes such as STK600 and STK1000. Razgatlioglu rose from the Red Bull MotoGP Rookies Cup and joined the FIM European Superstock 600 class in 2015; Toprak breezed to become Champion by over 50 points, taking seven podiums from eight events. The next stop for him was STK1000, with a first podium at Magny-Cours placing him fifth in the title overall. Three wins would follow the next year, but he would only finish second in the Championship race, with Michael Ruben Rinaldi taking the title by a slender eight points.

"So what are you doing while we're waiting for racing to restart @toprak_tr54?"
"Oh, you know, just hanging out with Kenan and taking it easy..."
Yeah, right! #YamahaRacing | #WorldSBK | #StayHome pic.twitter.com/F9W6fEEgsx

Razgatlioglu landed himself a competitive ride at Puccetti Kawasaki in WorldSBK and in just his twelfth race in the class, beat Jonathan Rea in a last lap fight at Donington Park in Race 2, taking second and his first ever podium. A year later, the Turkish sensation was a podium regular and in the fight for third overall in the Championship. A heroic first win at Magny-Cours was followed up by another a day later, before fifth in the Championship completed 2019. Already in 2020, a race winner in one of the closest finishes of all time in Race 1 at Phillip Island, Razgatlioglu’s new challenge at the PATA YAMAHA squad has started well.

In WorldSSP however, there’s another Turk to keep an eye on. Can Öncü (Turkish Racing Team) became the youngest Grand Prix winner back in Moto3™ in 2018 and after a tricky 2019, he turns to World Supersport in 2020. In the top five at various points throughout the first weekend of the year, Öncü would eventually take 11th at Phillip Island. A solid start for the first race of the season, Can will almost certainly aim to improve as the season unfolds. Add on to this the presence of the Turkish Racing Team, and the country’s image is shining brightly in the WorldSBK paddock.

Enjoy all of the action in the 2020 WorldSBK season and relive classic races in our video archive with the WorldSBK VideoPass!