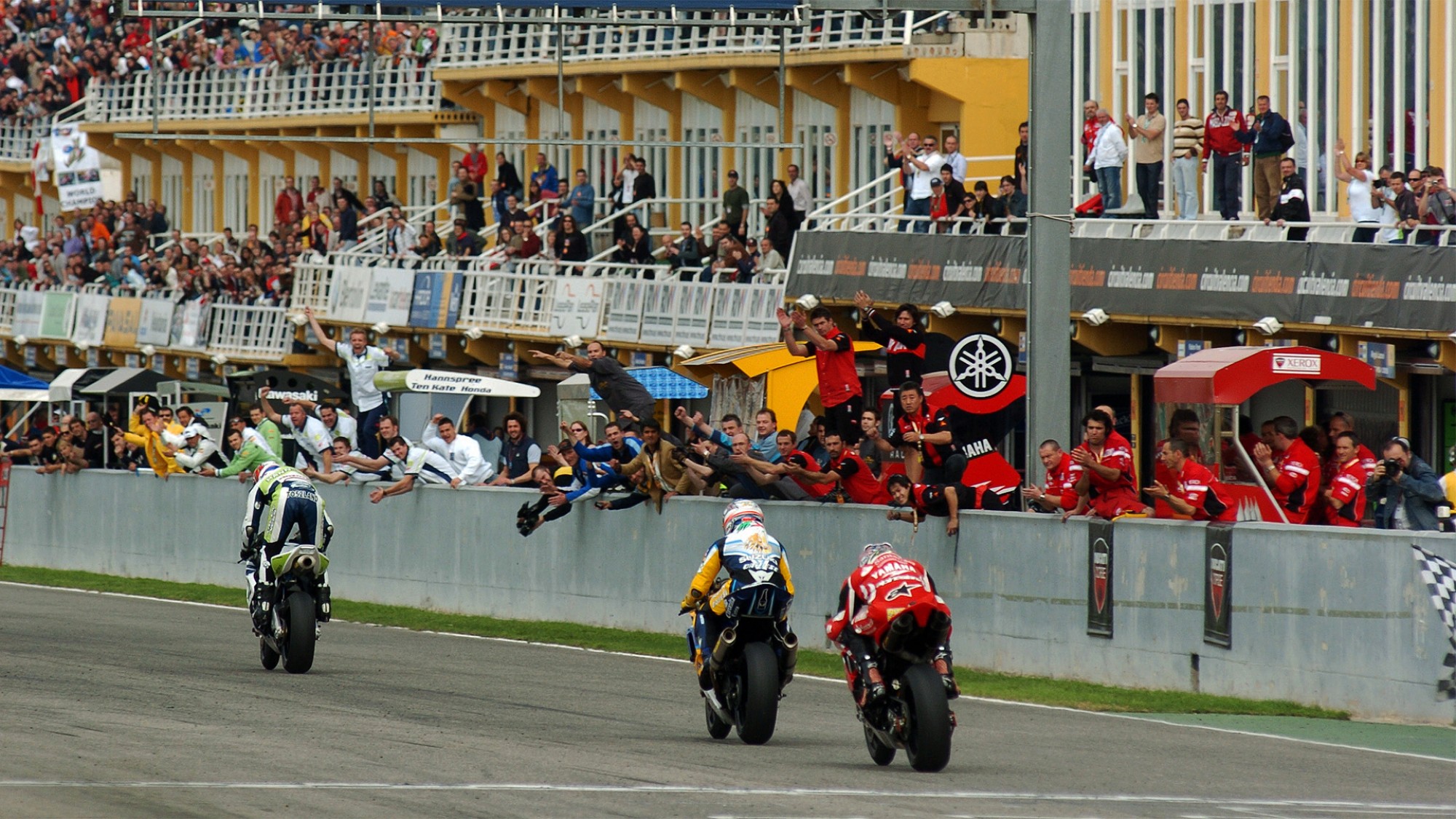 On this day some 13 years ago, it was Valencian afternoon to remember as WorldSBK royalty put on a thrilling last lap show

The Ricardo Tormo Circuit in Valencia hosted some of the greatest final laps in WorldSBK, with Race 2 from 2007 being no exception. After a disappointing Race 1, Championship challenger James Toseland was in no mood to give the opposition an easy Sunday afternoon. A final lap showdown between him, four-time 250cc World Champion Max Biaggi and former WorldSBK runner-up Noriyuki Haga made sure that this race goes down in history as one of the best, with the gloves well-and-truly coming off in dramatic fashion.