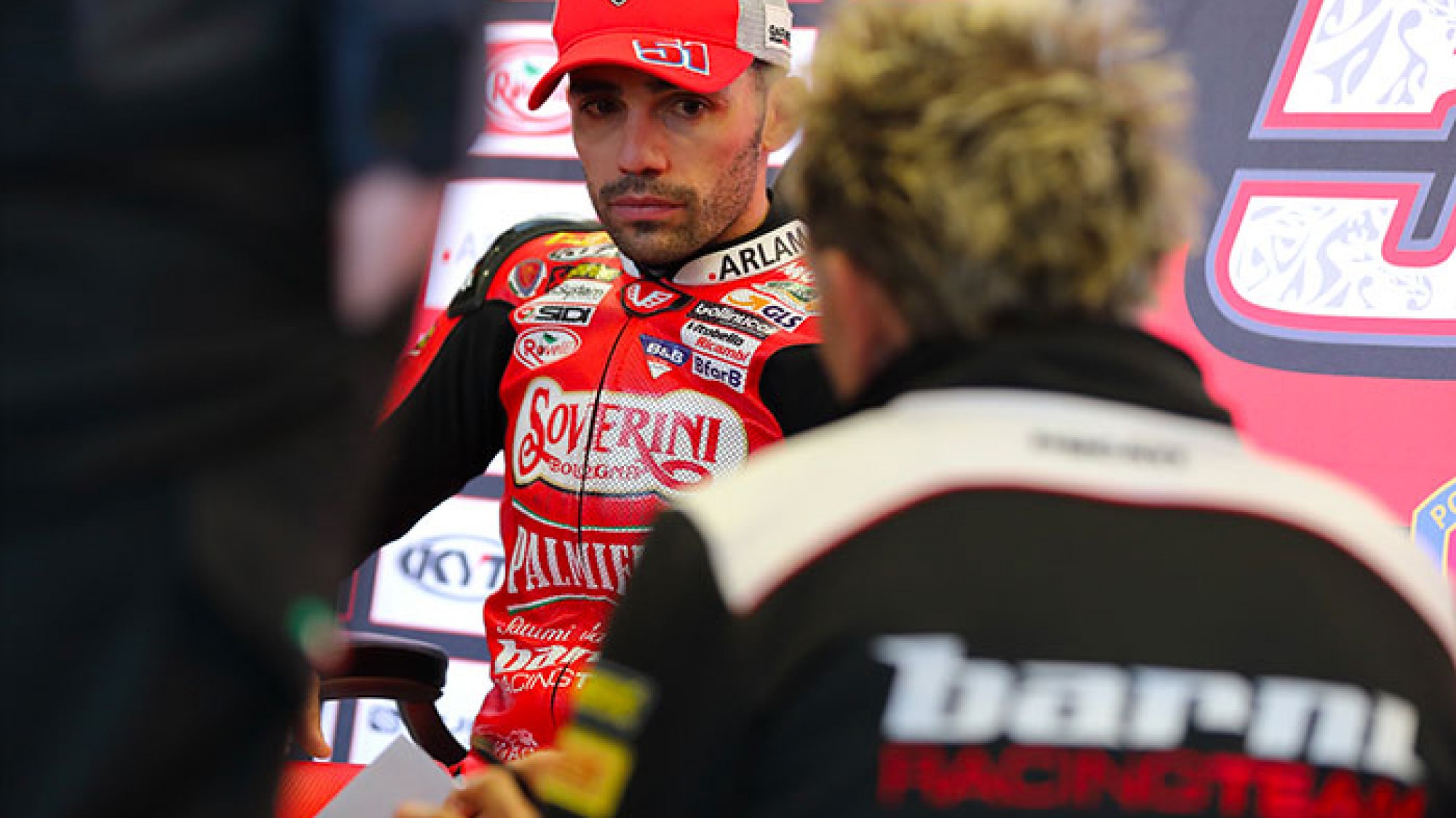 Three riders will join the WorldSBK grid at the Pata Riviera di Rimini Round, but who are they?

The 2019 MOTUL FIM Superbike World Championship takes a second trip to Italy with the Misano World Circuit “Marco Simoncelli” playing host for the Pata Riviera di Rimini Round. However, this time, there’s a twist, as a variety of wildcards will look to make their mark amongst the regular riders throughout the weekend.

The most notable name is Ducati’s test rider, Michele Pirro, who will join up for this one event with the BARNI Racing Team. The Italian outfit, which is based in Calvenzano, just outside of Bergamo, will run a two-bike operation throughout the weekend in the bid to continue their development with the Ducati Panigale V4 R. Pirro will return to the WorldSBK grid, having raced at Misano back in 2015. The Italian was on pole for the 2010 WorldSSP event too, so has plenty of pedigree and potential to fight for the leading positions.

Fellow countryman Samuele Cavalieri (Motocorsa Racing) will make his WorldSBK debut at Misano, having participated in two of the FIM European Superstock 1000 championship races in 2018. The recently-turned 22-year-old will be eager to prove his worth, just over an hour away from his birthplace – Bologna. Cavalieri is currently in second place in the CIV Superbike championship in Italy, having taken three second-place finishes – two of which came at Misano.

The final wildcard is Swiss rider, Dominic Schmitter (iXS Racing powered by YART), who was formerly a full-time WorldSBK rider with Grillini Kawasaki back in 2016. With a best result of 13th at Laguna Seca, Schmitter makes his welcome return in a desire to score more points. Since being out of the WorldSBK paddock, he has secured the Swiss Stocksport 1000 championship, and will be looking to put his experience to the test.

With an entry list of 22 riders, don’t miss another chapter in the story of WorldSBK in 2019!

Keep up with it all with the WorldSBK VideoPass – now at 50% off!