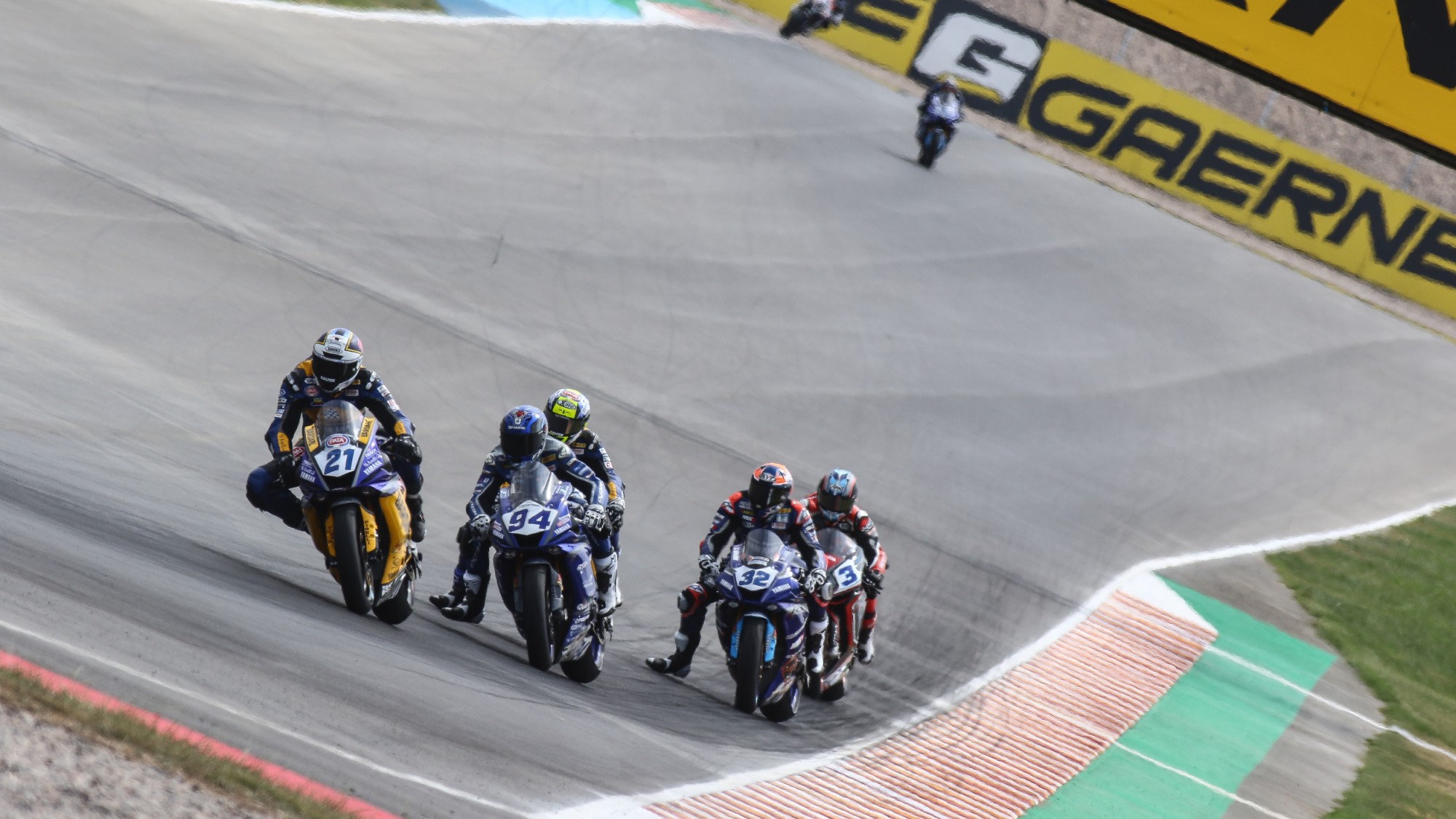 Passions boiled over after the WorldSSP race with Randy Krummenacher opening a war of words with the BARDAHL Evan Bros. WorldSSP Team. WorldSBK commentator Steve English analyses one of the most compelling Supersport seasons.

A World Championship is at stake. The pressure mounts. You’re constantly on the limit of your mental and physical ability. You’ve spent a lifetime training and preparing for this moment. Any issue can be fatal to your dreams. In Argentina, it boiled over for Randy Krummenacher.

The Swiss Supersport star has been immense throughout the year. He’s torn up the form book of expectation by winning races in every fashion. He’s been dominant, he’s been a tactician and when the moment has called, he’s been ruthless.

The battle on track, and in the garage, has been fierce between Krummenacher and his teammate, Federico Caricasulo. There’s been no desire to hide it throughout the season; both riders dislike each other. They know that the other is standing between them and a world title. If they want to be crowned Champion, they have to beat each other. It’s a lot easier to beat a rival when you have that rivalry. You can see them shaking hands in Parc Ferme and on the podium but don’t let that fool you about their true feelings.

Krummenacher is in title contention for the first time in his career. Caricasulo has been the golden child of the team since his Italian championship days. It’s a tough situation for the Swiss rider but since winning the opening round of the year Krummenacher hasn’t been headed in the points. It would be galling to be beaten at the last moment but with an eight point lead his fate is in his own hands.

Or so it seems from the outside. After finishing seventh in Argentina he launched a scathing attack on his team citing engine performance as proof of a plot against him. The team has refuted this and, in reality, the truth isn’t actually that important. In Krummenacher’s mind, the world and his team is against him. His back is against the wall. He’s not going to be lacking for motivation at the final round in Qatar.

Since joining the WorldSBK paddock in 2016, and winning on his debut, The Krummenator has been able to prove himself to be a front running rider. He’s won races each year in Supersport, after a disappointing one-year stint on a Superbike, but this year he’s added consistency and steal to his arsenal.

However, he’s now in unfamiliar territory. He’s trying to get over the line for a World Championship and that’s one of the hardest things for any rider to do. Finding motivation to win won’t be the issue for Krummenacher but some riders need to have to find some extra motivation to get even more from themselves.

Argentina offered that to Krummenacher and regardless of the validity of his feelings, he now truly believes this to be the case. The most important six inches on a race track are the six inches between a rider’s ears. This will focus Krummenacher’s mind throughout the next week. Every second he is training will be with this in his mind. He’ll turn up in Qatar ready to step into the ring with Caricasulo. This will be a world title bout that starts in the garage, takes place on the race track and ends with one rider victorious and the other wondering about what might have been.

This is the sporting theatre that we crave. This is the type of battle that motorcycle racing is all about and after a season where both riders have marked the cards of each other throughout, there will be fireworks between them.

That could open the door for Jules Cluzel. The San Juan winner is 23 points adrift of Krummenacher in the standings but don’t rule anything out in the final round when the title favourites will be focused on one another. After twelve rounds, we’ll have a barnstormer in the desert to cap off a captivating campaign.

Enjoy the finale of the stunning WorldSSP season with the WorldSBK VideoPass, now at just 9.99€!