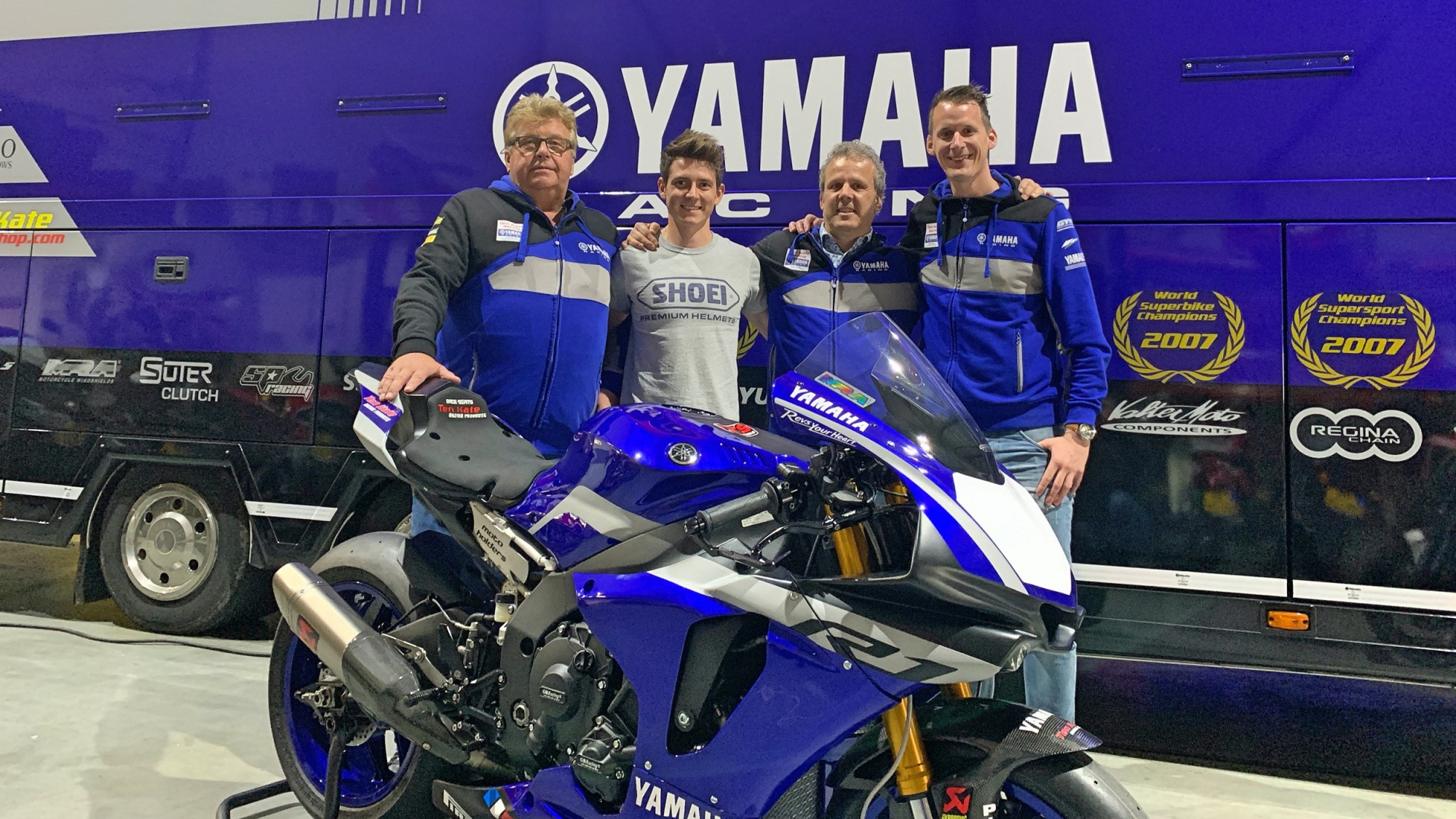 The famous and successful Dutch outfit will relight their alliance with the EAB Racing Team to be the EAB Ten Kate Racing Team in 2020, featuring the South African star as their rider

The Ten Kate Racing team will return to World Supersport action in 2020, with an all-new effort being headed by South African rider, Steven Odendaal. Ten Kate Racing will merge with the EAB Racing Team, rekindling a successful relationship started back in the European Superstock 600 and 1000 Championships. The team will continue their partnership with Yamaha, using the all-conquering Yamaha YZF R6 as their weapon of choice.

Ten Kate Racing have had a rich history in the FIM Supersport World Championship, with an outstanding record of achievements that has not been matched by any team since. From 2002 to 2008, they were unbeaten in the WorldSSP Riders’ Championship, with Fabien Foret winning the title in 2002, whilst Chris Vermeulen, Karl Muggeridge, Sebastien Charpentier, Kenan Sofuoglu and Andrew Pitt followed in the years to come. They returned to the top again in 2010 with Sofuoglu, whilst their latest success came with Michael van der Mark in 2014.

The EAB Racing Team are also of a winning pedigree, having won the European Superstock 060 Championship with Gino Rea in 2009 and Michael van der Mark in 2012, whilst also securing podium finishes in the FIM Superstock 1000 Cup.

Steven Odendaal’s highly awaited debut in the WorldSSP paddock will add to the list of nationalities in the Championship, as he becomes the first South African in the class since Sheridan Morais in 2018. Odendaal has been a point-scorer in the Moto2™ World Championship, whilst also being CEV Moto2™ Champion, back in 2016. Bringing with him Grand Prix experience and looking to return both South Africa and the EAB Ten Kate Racing outfit to the top, it could be a strong combination in 2020.

Speaking about the deal, Odendaal is looking forward to his WorldSSP debut: “I’m very excited and happy to announce that I will be riding for EAB Ten Kate Racing next year in the WorldSSP and I’m looking forward to the season ahead to work with such a professional team with a fantastic history. I believe that with the support of this great team we can fight for the title and definitely have a good chance on winning races.”

The Ten Kate Racing team are the most successful WorldSSP team of all time, with 73 race wins, 70 pole positions and nine WorldSSP Riders’ Championships coming their way between 2000 and 2015. However, now with the favoured Yamaha machinery, the team will look to add to that success and take more wins, launching a Championship attack right from the off.

Commenting on the return to World Supersport action and the merge with the EAB Racing Team, Ten Kate Racing team manager Kervin Bos said: “We are very happy that we can work together again with Ferry Schoenmakers, EAB Racing Team owner, and we are very proud to have a former Moto2 racer as our rider, Steven Odendaal. From the moment that we understood Steven was available, we wanted to have him in our new WorldSSP team.

“We now have a very solid foundation for our project and that is important for Ten Kate Racing, as we have a lot to prove after all the success we have had. Like in the past, bikes and parts will be developed by Ten Kate Racing Products, our own tuning department. We really can’t wait to be on track again with our own WorldSBK team and our own WorldSSP team in 2020, just one year after the breakup with Honda.”

Follow Ten Kate Racing’s progress in the build up to the 2020 WorldSSP season with the WorldSBK VideoPass!