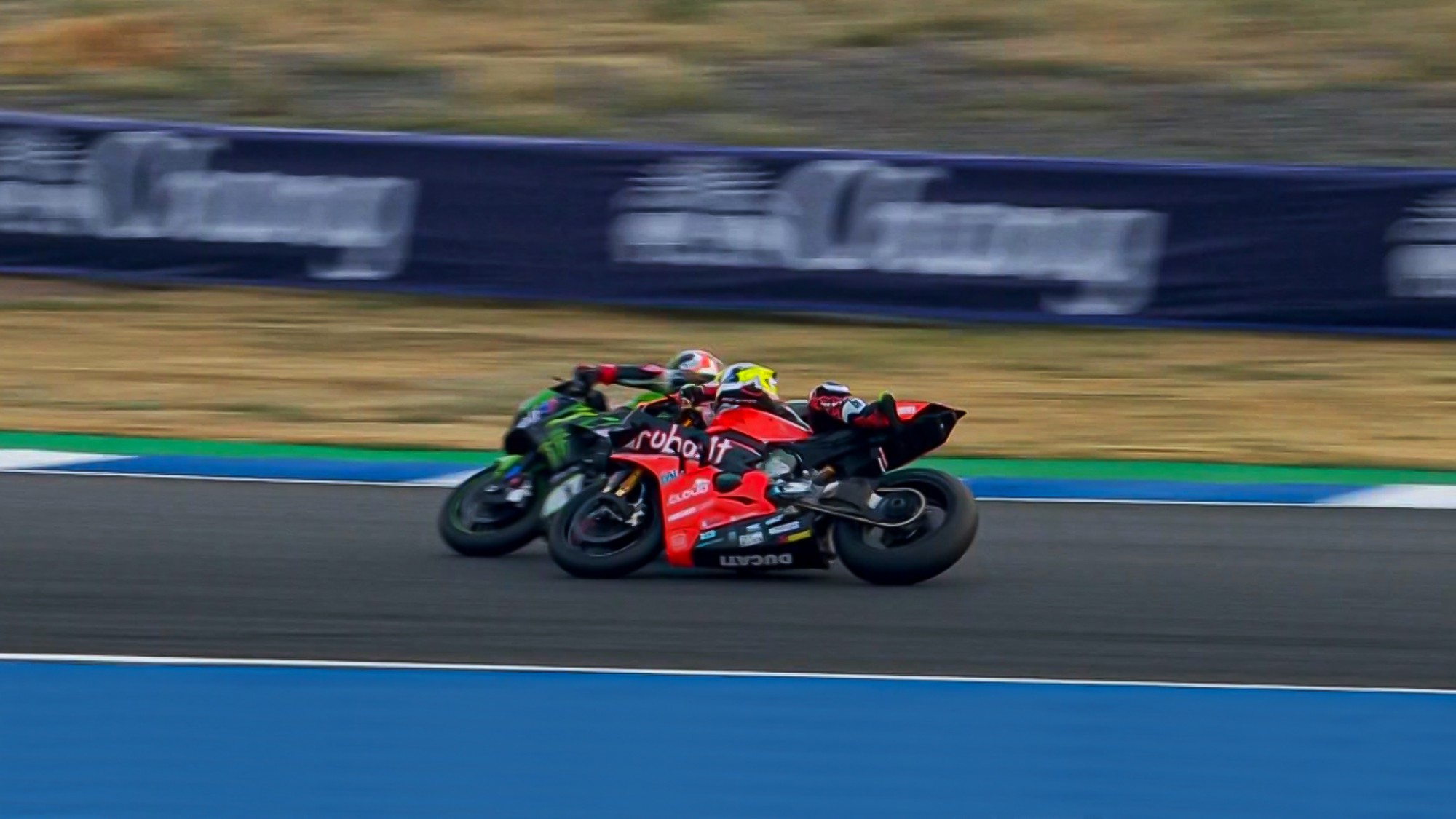 A scorching Pirelli Thai Round ignited a rivalry and saw patterns emerge!

After Alvaro Bautista’s (ARUBA.IT Racing – Ducati) domination in Phillip Island, attentions swiftly turned to Thailand and the Chang International Circuit in Buriram. In the four previous seasons, Jonathan Rea (Kawasaki Racing Team WorldSBK) had taken six wins, whilst Kawasaki as a manufacturer had achieved seven. But in 2019, things were set to change and drama was set to unfold. We revisit five key moments from the Pirelli Thai Round.

It was a dramatic opening encounter on Saturday afternoon in Thailand, with Alvaro Bautista and Jonathan Rea’s rivalry igniting. On Lap 3 however, it was Bautista who was passing Jonathan Rea on the inside into Turn 3, a double-apex right-handed corner. As the Spaniard swept through, he ran wide, and Rea switched to the inside, but collided with Bautista as the rookie made his way back on to the racing line. Bautista fell from the side of the bike but somehow, pulled off one of the best saves of the season. Initially dropping to third spot, Bautista soon got back ahead of Alex Lowes (Pata Yamaha WorldSBK Team), before passing Rea with 12 laps to go for his fourth consecutive win. He would go on to make it six wins by the end of the weekend, building up a 26-point advantage. But the most important thing was: battle lines had been drawn.

It was a luckless weekend for Ireland’s Eugene Laverty (Team Goeleven), who suffered a catastrophic, scary brake failure going into the final corner. Despite looking like he’d metaphorically turned a corner, his weekend would end in the gravel trap as the Goeleven Ducati had insufficient spare parts at such an early stage of the season. This would set the first part of Laverty’s season up, with an unfortunate crash in Aragon before a double wrist-break in Imola curtailed the start to his 2019 campaign.

Bad luck then caught up with Leon Camier, who was left with nowhere to go after wildcard Thitipong Warokorn (Kawasaki Racing Team Thailand) crashed in front of him, leaving Camier nowhere to go in the Tissot Superpole Race. A red flag ended the race and despite initial concerns for Warokorn, the Thai rider was all-smiles weeks later. Camier however, whilst comparably OK, was forced to miss Race 2 due to a knee injury. More terrible luck was to follow the Brit, as he was caught up in an accident with Sandro Cortese (GRT Yamaha WorldSBK) in the Tissot Superpole in Imola, causing a lengthy absence.

After a dynamic start to the season in Australia – in which he battled hard for three top five finishes – Alex Lowes (Pata Yamaha WorldSBK Team) backed up his pace with three third-places in the heat of Thailand. Running as high as second in Race 1, Alex Lowes eventually finished third, whilst remaining close to Jonathan Rea in the other two WorldSBK races. The British rider, who took a first WorldSBK career win in 2018 at Brno, set up his season strongly and would use his good form from Thailand as a springboard for the rest of the first half of 2019.

A year of freak statistics continued…

After Alvaro Bautista decimated the record books in Australia, he – along with the rest of the top seven riders in all three Thailand races – decided to continue their history-making streak. The top seven were exactly the same in all three WorldSBK races in Thailand, something that had never happened in consecutive races before in the previous 3 star-studded years of World Superbike action. Alvaro Bautista and Jonathan Rea were first and second whilst Alex Lowes was third. Behind them, Michael van der Mark (Pata Yamaha WorldSBK Team), Leon Haslam (Kawasaki Racing Team WorldSBK) and Marco Melandri (GRT Yamaha WorldSBK), who was ahead of his teammate, Sandro Cortese. Melandri himself made history with this achievement, becoming the first rider in WorldSBK history to have achieved four consecutive sixth-position finishes, starting in Race 2 at Phillip Island.

In World Supersport, it was a second different winner of the season as Jules Cluzel took to the top step of the podium after a race-long tussle with Federico Caricasulo (BARDAHL Evan Bros. WorldSSP Team) and the Italian’s teammate, Randy Krummenacher, whilst Isaac Viñales also shone brightly to finish fourth. After just two rounds, it was looking set to be a thrilling WorldSSP season, with Cluzel and Krummenacher level at the top on 45 points each. In other news in the class, it was disaster for Thomas Gradinger (Kallio Racing), who suffered mechanical problems in the race.