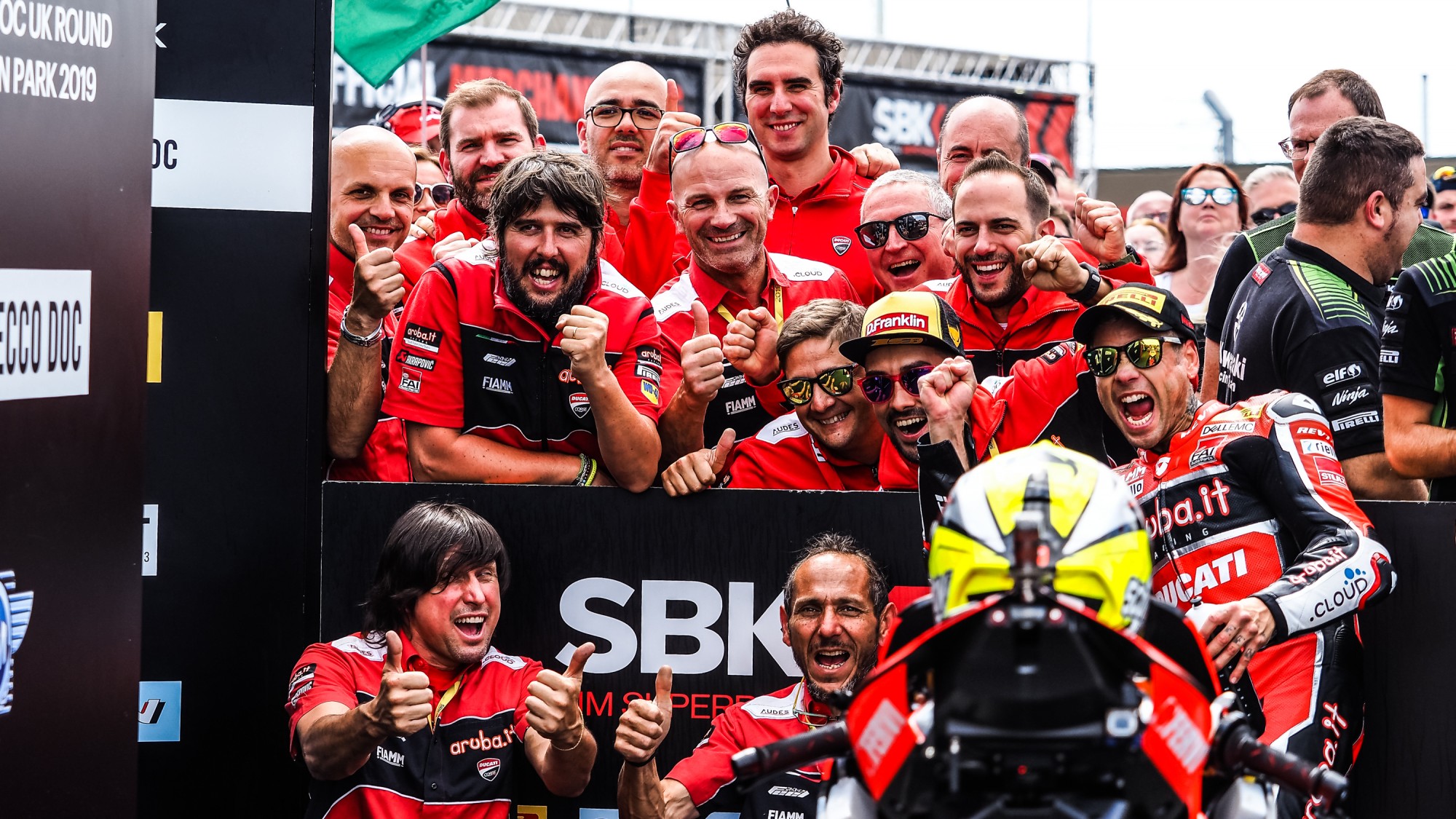 The Spanish rookie may have romped to 14 dominant victories in the 2019 season but Donington Park is the round where he lost his points advantage!

For the first time in 2019, Alvaro Bautista (ARUBA.IT Racing – Ducati) leaves a WorldSBK round without being the championship leader, following what has been a disastrous Donington Park for the Spanish rookie. Having failed to start from the front row, Bautista crashed in Race 1, which, combined with Jonathan Rea (Kawasaki Racing Team WorldSBK) winning, meant he lost the championship lead.

However, Sunday showed signs of some improvement, as the Spaniard was able to secure a fourth place in the red-flagged Tissot Superpole Race, before mounting the podium in the final race of the weekend, only just holding off Alex Lowes (Pata Yamaha WorldSBK Team) in the closing stages. Having gone from a 61-point advantage to now trailing Rea by 24 points, tables have turned in a negative manner for the Spaniard.

Speaking after the weekend, Bautista stated: “For sure, today, it was important to finish the race, as in Misano we crashed in Race 2 and then in Race 1 yesterday, we crashed again. Today, it was very important to finish. I know that this weekend was really hard for us, we are struggling a lot in this kind of conditions, with a bumpy surface and poor grip. This morning in the Tissot Superpole Race, I tried to stay with the front group and pushed as hard as I could.”

It was a much better Race 2 for Bautista, who was in third for most of the second half of the race. Bautista’s third place means Ducati as a manufacturer were back on the podium for the first time at Donington Park since 2017, whilst they are yet to return to the top two since Davide Giugliano was second in Race 1, 2016.

Watch more WorldSBK action with the WorldSBK VideoPass, now with 50% off!

It was not the Sunday Bautista would’ve hoped for in Argentina, as the Spaniard wasn’t able to carry on with winning ways from Saturday’s victorious Race 1

The Spaniard’s impressive 2019 season returned to the top step of the podium, with stunning victory in San Juan in Race 1 of World Superbike action!