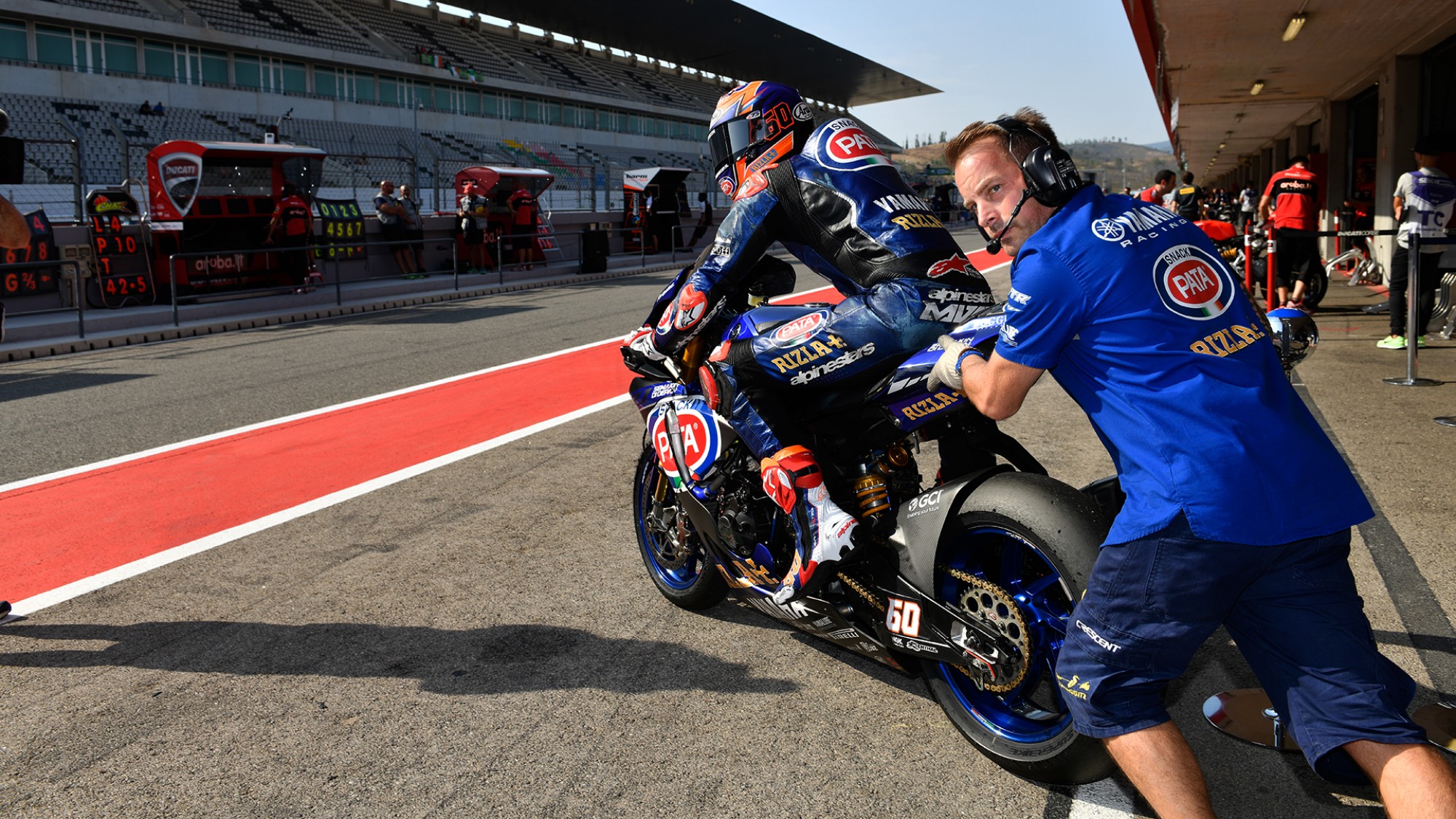 The MOTUL FIM Superbike World Championship riders are ready to fire up on all cylinders after their well-deserved summer break with a two-day test in Portugal, this Saturday 24th and Sunday 25th at the Algarve International Circuit of Portimao. The 4.5 kilometre rollercoaster will get the ball rolling for the final chunk of the season, firstly with this official test featuring riders from the WorldSBK and WorldSSP series, before racing resumes with all three categories on September 6th at the Portuguese Round.

The season so far has gifted us no small share of twists and turns, most notably the complete overhaul of the championship standings that happened between the months of June and July. Jonathan Rea (Kawasaki Racing Team WorldSBK) approached Race 2 at Jerez with a desperate 61-point deficit to Álvaro Bautista (Aruba.it Racing – Ducati), but flash forward to the conclusion of Laguna Seca’s triple encounter, and suddenly the four-time champion finds himself 81 points ahead.

Consistency has been key to Rea’s latest turnaround, particularly the absence of no-scores on his scorecard (compared to Bautista’s five). And it could hardly come at a better time for the Northern Irishman, as up next he faces a racetrack where he remains undefeated since joining Kawasaki in 2015.

Bautista on the other hand is yet to race at Portimao. With two more unfamiliar tracks to follow (Magny-Cours and San Juan) and no more official tests on the horizon, the Spaniard will have this weekend penciled in as the key date to assess his remaining championship aspirations. If he can prove himself to be a quick learner – yet again – they may be higher than some expect.

Outside of the front two, several riders will be looking to continue pushing the boundaries on their machines after recent performances, most notably the two frontrunners’ teammates. Chaz Davies (Aruba.it Racing – Ducati) was the standout highlight of the Geico US Round, scoring his first victory in 15 months; something which Leon Haslam (Kawasaki Racing Team WorldSBK) will hope to achieve before the year’s end to fully consolidate his successful return to the paddock.

The man he replaced in KRT, Tom Sykes (BMW Motorrad WorldSBK Team), has been improving in leaps and bounds in recent times on the S1000 RR, including the German marque’s first pole position and podiums in six years. With the bike still at such an early stage in its development cycle, testing remains vital for both him and Markus Reiterberger… And also Eugene Laverty (Team Goeleven), who will surely be keeping tabs on his future bike, while he prepares for his final rounds on the Ducati V4 R.

The last few rounds have proven to be trickier than usual for the quintet of Yamahas, with a single podium achieved since Misano. With competition increasing across the board, this test will be key to lifting Michael van der Mark and Alex Lowes (Pata Yamaha WorldSBK Team) back to their early season heights, while Marco Melandri, Sandro Cortese (GRT Yamaha WorldSBK) and Loris Baz (Ten Kate Racing – Yamaha) look to push their Yamaha-supported bikes closer to the factory duo.

The independents will be out in force at Portimao, led by Toprak Razgatlioglu (Turkish Puccetti Racing), who leads Melandri in the standings by 53 points. The Turkish rider has been on the rise since Imola, netting himself a five-round podium streak and scoring more points than any rider not named Jonathan Rea. Former STK1000 nemesis Michael Ruben Rinaldi (Barni Racing Team) and fellow ZX-10RR riders Jordi Torres (Team Pedercini Racing) and Leandro Mercado (Orelac Racing VerdNatura) will also feature in the test, after recent star performances.

On-track action will be split on both days, with World Supersport teams also getting the opportunity to refine their machines. Only a handful of competitors will be absent for the weekend, as 21 riders from the middle class get ready to tear up the Portuguese tarmac, with last year’s dramatic, epic and sometimes surreal Portimao race still very present on everyone’s minds. Expect plenty action inside the BARDAHL Evan Bros. WorldSSP Team garage as both Randy Krummenacher and Federico Caricasulo set their sights on the middleweight crown, not to mention last round’s winner, Jules Cluzel (GMT94 YAMAHA).

Follow all the action from both days of testing with live timing, news features and highlights, all available thanks to WorldSBK VideoPass!