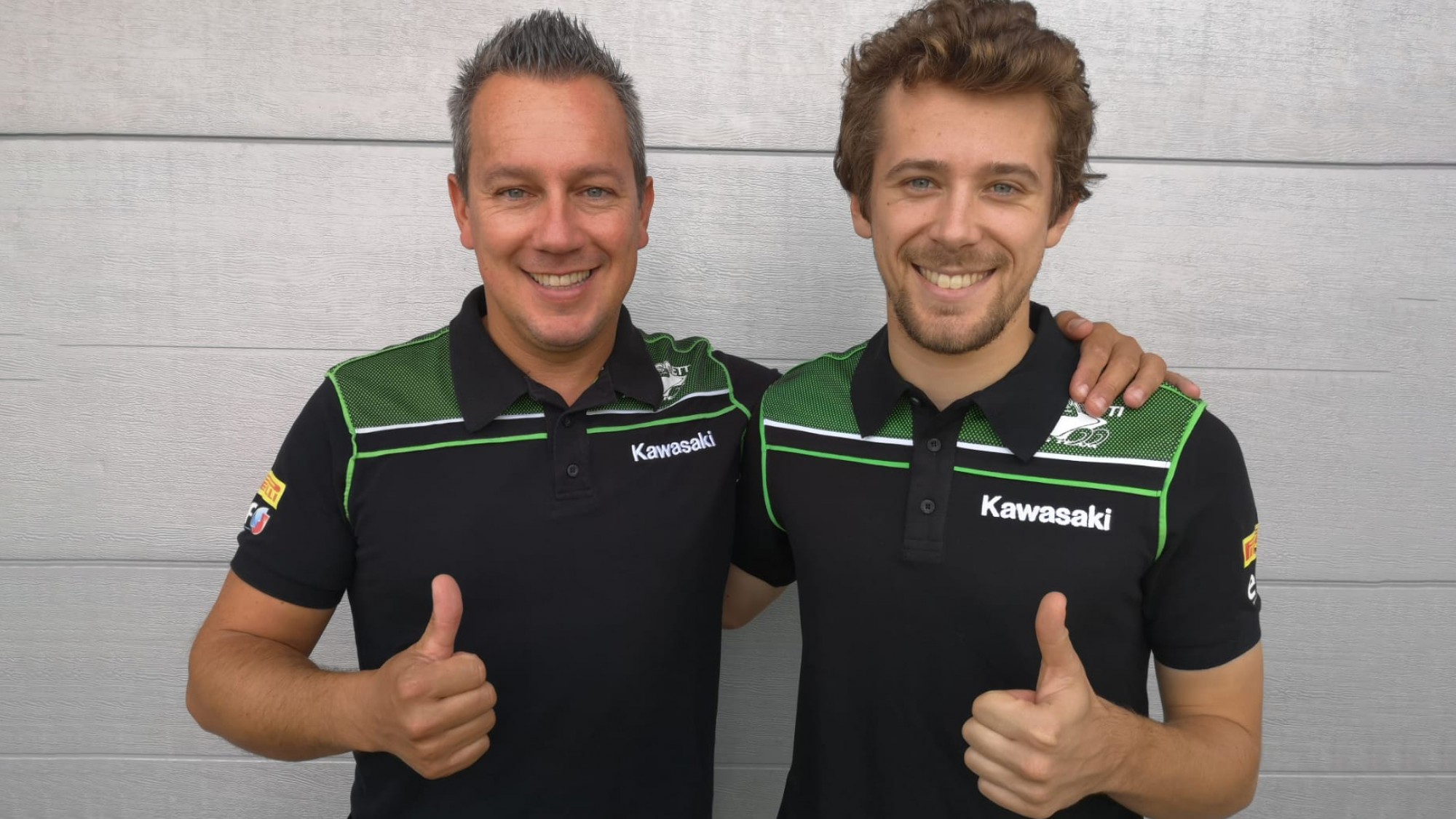 With just one round remaining in the WorldSSP Championship in 2019, the Kawasaki Puccetti Racing team confirm their star-studded rider line-up

Lucas Mahias, a recent race winner at his home round of the 2019 WorldSSP championship, will continue for a second year in Kawasaki colours. The 2017 World Champion, along with his experienced team, has identified and maximised the key characteristics of Ninja ZX-6R, which have now culminated in his breakthrough win at his home round at Magny-Cours. Remaining in his current set-up should allow him an even more consistent title challenge in 2020.

Mahias has been an in-form rider in recent rounds, finishing on the podium in every race since Misano in 2019 and, along with two other riders in the Championship, has finished every single race inside the points.

Joining Lucas in the Kawasaki Puccetti Racing pit garage next season will be current Moto2™ rider and former Moto3™ Grand Prix winner, Philipp Öettl. The 23-year-old German has accepted a new challenge inside the overall WorldSBK paddock and will look to replicate Sandro Cortese’s achievements from the 2018 season, after the German moved over from Moto2™.

Philipp has won races in both the Rookies’ Cup and Moto3™ classes. He started his first Moto3 race in 2012, but became a regular from the 2013 season. A lightweight class race win at Jerez came in the 2018 season and his current campaign in Moto2™ has already given him experience on bigger machinery. There will be plenty of records for Öettl to break in 2020, as no German rider has ever won on a Kawasaki.

Manuel Puccetti, Team Manager, stated: “It’s really a pleasure to continue our collaboration 2020 in WorldSSP with Lucas. He is one of the strongest riders ever in the middleweight class and my team fully believes it can achieve the world championship with him next season. We warmly welcome Philipp Öettl, 23 years old from Moto2 championship and from many years in Moto3. Philipp, I believe, is a young and fast rider. I think he will adapt quickly to our bike and we will do our best to help grow up his career with our Supersport Ninja.”

Steve Guttridge, Kawasaki Europe Racing Manager, stated: “We have had a tough couple of seasons in WorldSSP but our Kawasaki Puccetti Racing team have always pushed hard to find solutions for victory. We are pleased to remain in this category again for the 2020 season and welcome Philipp Öettl. We have seen a continuous improvement from Lucas this first season as he worked hard on both himself and adapting to the characteristics of the Ninja ZX-6R. His win in Magny Cours confirmed our joint feeling that we are ready to fight again for the title in 2020 season, together with his new team-mate.”

Follow the progress of the Puccetti Racing Kawasaki team in the final round of the year and in the off-season with the WorldSBK VideoPass!