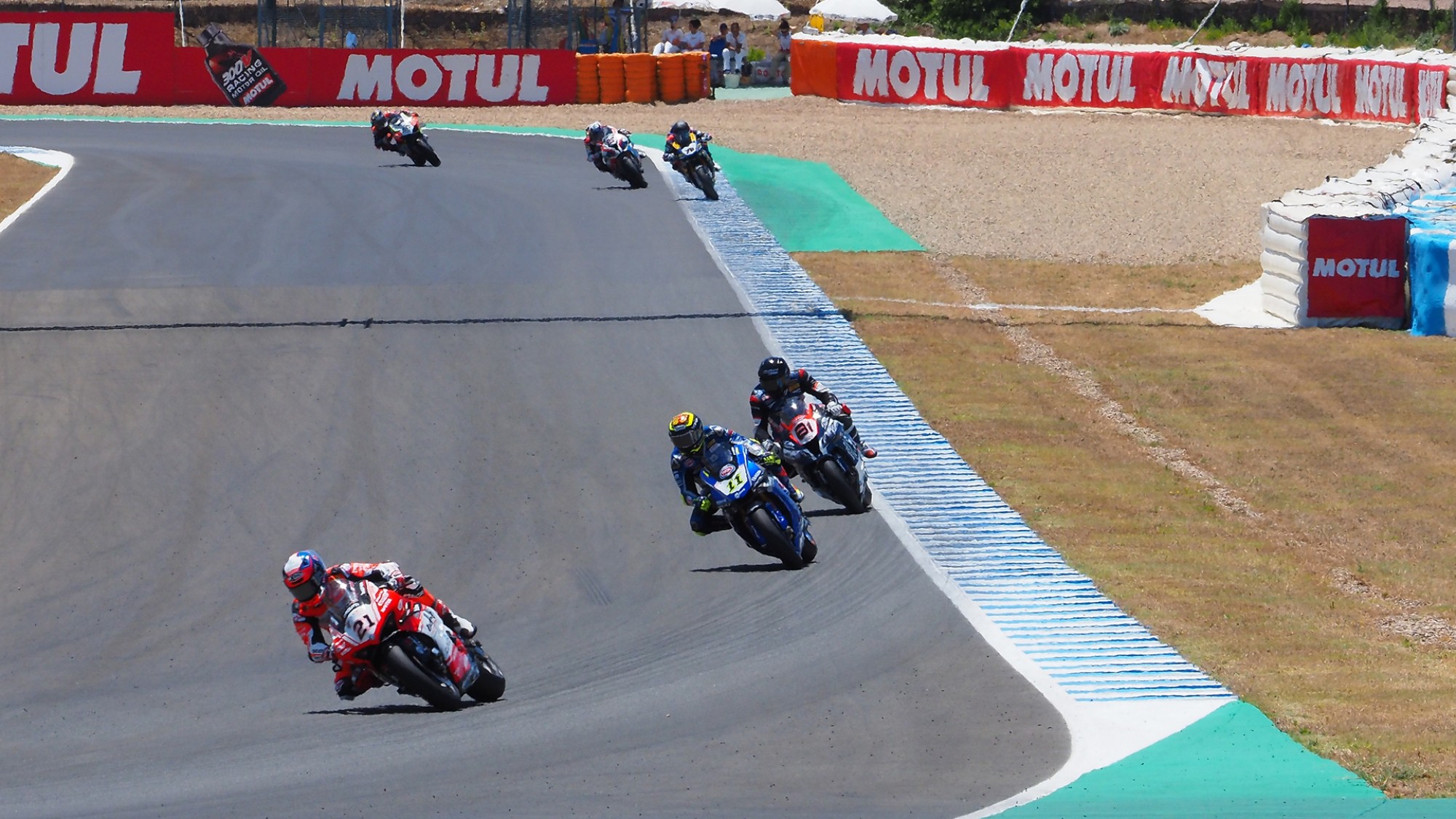 It was a weekend that was dominated by records, clashes and battles – of which the Independent teams have been well and truly a part of!

It was a fantastic weekend for Independent teams in WorldSBK at the Circuito de Jerez – Angel Nieto, as they romped to three podiums and two front row starts – not to mention locking out six top ten positions after Race 2 on Sunday.

Starting with the GRT Yamaha WorldSBK team, Marco Melandri’s strong Tissot Superpole grid slot of fourth primed him for a strong finish in Race 1, battling with fellow Independent rider Toprak Razgatlioglu (Turkish Puccetti Racing) over fourth (at the time). Following a penalty for Rea after a collision with Lowes, Melandri was promoted to the podium – his first since Phillip Island Race 1. In the Tissot Superpole Race, Melandri backed it up with a third place on merit, whilst in Race 2, Sandro Cortese took his best WorldSBK race finish with sixth – Germany’s best at Jerez. The Ten Kate Racing – Yamaha team scored their first top ten on their return with Loris Baz in ninth in Race 2.

Only 11th in Tissot Superpole however, Toprak Razgatlioglu had his work cut-out to achieve strong race results. In true Razgatlioglu fashion however, the Turk put on a dazzling display to dance his way through the field to fifth in Race 1 and seventh in the Tissot Superpole Race, before a second podium of the season in Race 2 capped off a remarkable weekend for the 22-year-old. One statistic that speaks louder than words for Razgatlioglu is the fact that in 2019 alone, he has made up 53 places from his starting positions compared to where he has finished, making him a star of the WorldSBK show.

Michael Ruben Rinaldi (BARNI Racing Team) put in a strong ride in Race 2 of the weekend to achieve his best ever result. The 23-year-old Italian came from 11th to fourth in final race of the WorldSBK weekend, giving the BARNI Racing Team their best result yet with the new Ducati Panigale V4 R. Rinaldi, who scored 13 points to move into 12th in the championship, is just two points behind former WorldSBK race winner Jordi Torres (Team Pedercini Racing). Another Ducati who had a strong showing was Tommy Bridewell, who continued to act as a super-sub in WorldSBK at Team Goeleven, with 14th in Race 1 before a stunning tenth place in Race 2.

The remaining Independent teams had strong weekends too, with Team Pedercini Racing achieving two top-eight results in the Tissot Superpole Race and Race 2 with Jordi Torres, who has now featured in the top ten in nine of the last 11 races. The Orelac Racing VerdNatura team also had a successful return to action with their full-time rider Leandro Mercado, as the Argentine took 13th and 11th as he reacquaints himself with racing in WorldSBK.

Whilst not being the most successful weekend for Alessandro Delbianco (Althea Mie Racing Team), a point-scoring finish in Race 1 means that more experience and data is gathered as he continues to improve ahead of his home round at Misano in two weeks’ time.