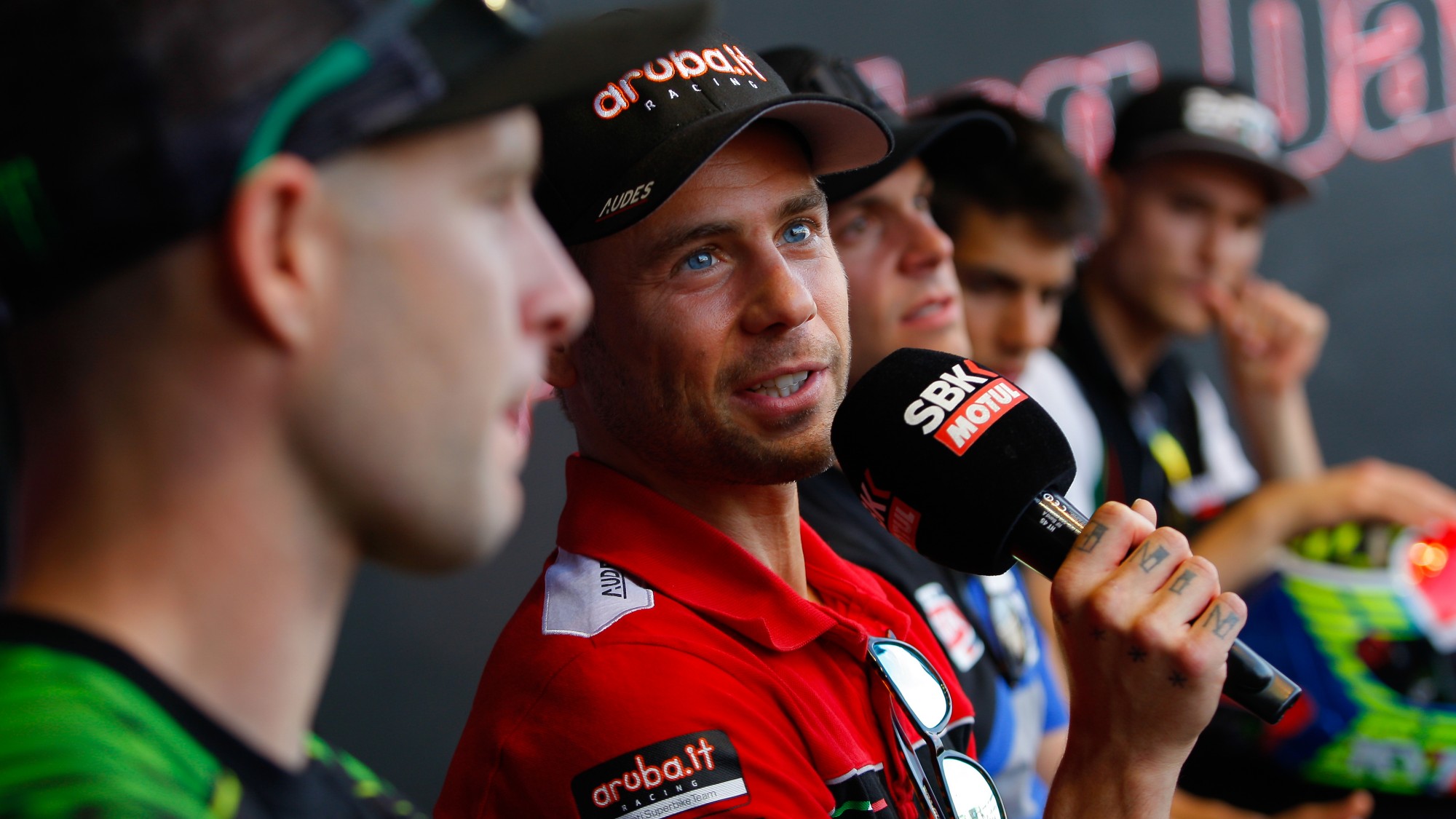 Anger, dreams, blame games and humour shape the best quotes of the weekend from the Pata Riviera di Rimini Round!

After a dramatic weekend of WorldSBK action in Italy, the Misano World Circuit “Marco Simoncelli” certainly triggered a lot of talking points as the championship fight ignited once again. With Jonathan Rea (Kawasaki Racing Team WorldSBK) now within striking distance of the championship lead and Alvaro Bautista (ARUBA.IT Racing – Ducati) having to defend it, the gloves are off: on and off-track.

From a comfortable margin of 61 points halfway through the Acerbis Spanish Round to a mere 16 points after the Pata Riviera di Rimini Round, it was another crash on Lap 2 of Race 2 that has left Bautista’s championship lead slashed. Speaking after the race with Motorsport.com, Bautista stated his anger after losing so many points in the championship race; when speaking to WorldSBK.com, he stated that he may have had “too much confidence” from both himself and the bike.

Nobody could’ve imagined that, in any conditions, the Frenchman would’ve been able to take the team with a new bike to fourth place in just their fourth race. With just four weeks separating the bikes being assembled and Baz’ taking fourth, it highlights the progress the team made. Baz precariously went about his business for his best result in almost two years. The former WorldSBK race winner didn’t feature as highly in the dry but gathered vital data to help improve. Keep an eye on the 26-year-old as the season unfolds.

It was a weekend of ‘what could’ve been’ for Michael van der Mark, who ended day one on top of the timesheets before suffering an untimely fall from great height after a huge crash on the exit of Turn 16. The 26-year-old Dutchman underwent successful surgery however and vows to be back soon, with his sense of humour on Twitter being clear for all to see. Having said that he took his nickname “a bit too serious,” van der Mark will hope to leave his pace on the track instead of up in the air above it for the future races.

“I need to win once this season; it is my dream!” – Toprak Razgatlioglu (Turkish Puccetti Racing)

With the crowd cheering and the whole WorldSBK paddock watching on, Toprak Razgatlioglu put on an incredible display of talent in Race 2 in WorldSBK, as the 22-year-old Turkish rider led a race for the first time. Not only did he lead, but he even battled with reigning WorldSBK Champion Jonathan Rea (Kawasaki Racing Team WorldSBK) on the final lap, in his quest to become the first Turkish winner of a World Superbike race. It wasn’t to be on Sunday but Razgatlioglu will continue to dream big and aim high, stating that he has a “need to win once this season!” Will Donington Park provide the perfect opportunity, a year after his first WorldSBK podium?

After a Race 1 fracas with Jonathan Rea in Jerez, Alex Lowes looked destined for a Race 1 victory of his rival at Misano, until an unfortunate crash at Turn 11 took him out of the lead. However, a humorous Lowes joked on Twitter, saying that he didn’t want Jonathan too close to him, so he pushed on hard at the front to try and get away. Whether he means to stay out of Rea’s reach after the Jerez fallout or whether it was just because he wanted track behind him, the same end result was suffered for Lowes.