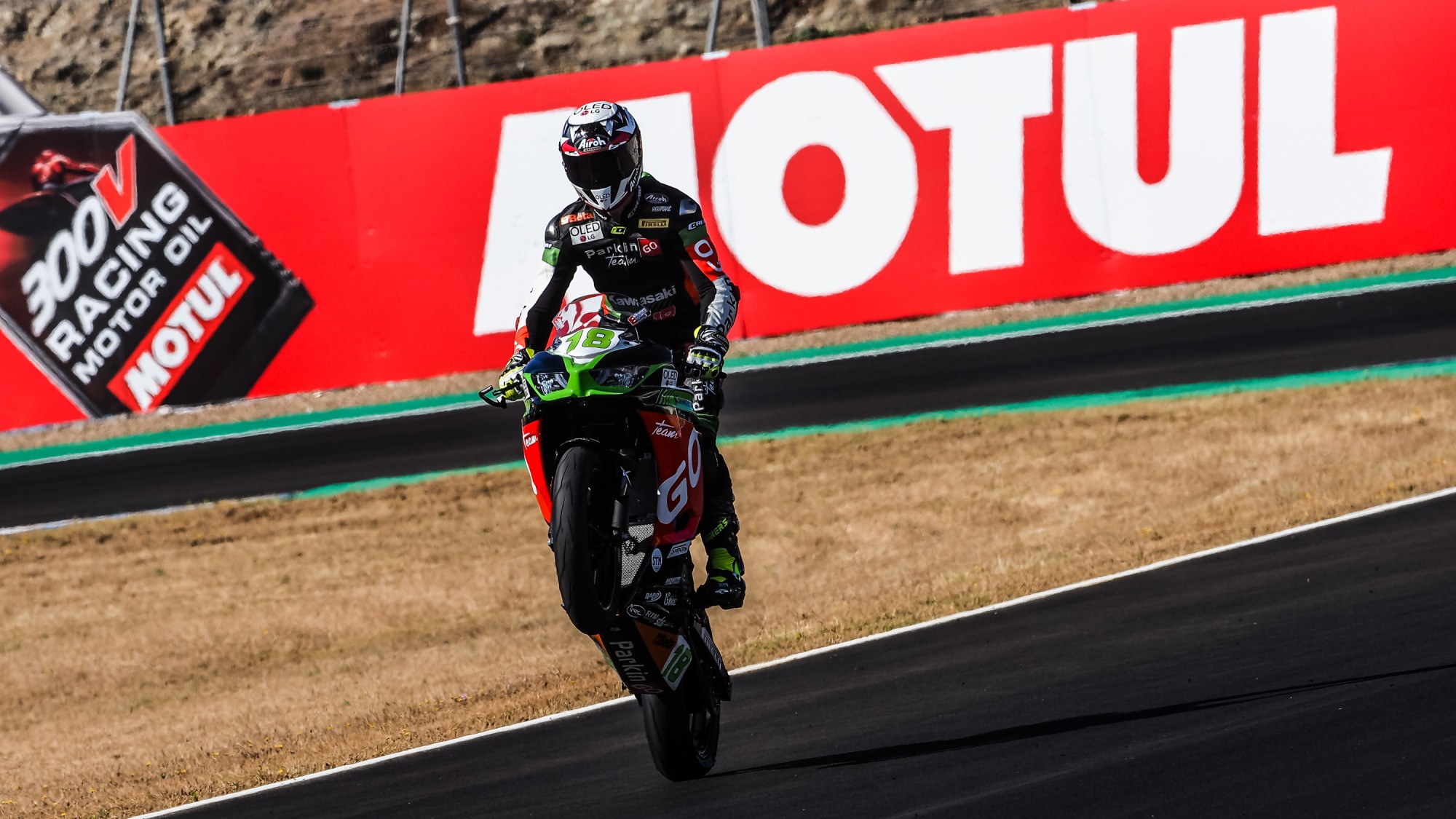 Manuel Gonzalez took his third win of the season to head an all-Spanish podium, whilst Hendra Pratama was fourth!

The WorldSSP300 race provided action, drama, thrills and spills and even a red flag as the final day of a packed schedule at the Acerbis Spanish Round from the Circuito de Jerez – Angel Nieto. With incidents on Lap 1 of the initial start, a red flag truncated the distance to seven laps upon the restart in what was another intriguing and action-packed WorldSSP300 encounter.

Marc Garcia got the holeshot (like he did in the first attempt) ahead of Victor Steeman (Freudenberg KTM Junior Team), although the Dutch pole-sitter took the lead at Turn 5 on the opening lap. Manuel Gonzalez (Kawasaki ParkinGO Team) made a good start and placed second ahead of Garcia, whilst Ana Carrasco (Kawasaki Provec WorldSSP300) made it up to fourth place.

On Lap 2, Carrasco hit the front with a fabulous move around the outside at Turn 6, although Gonzalez struck back soon after. It was a French disaster at Turn 13, as Hugo De Cancellis (Team Trasimeno Yamaha) made contact with Andy Verdoïa (BCD Yamaha MS Racing) at the final corner; Verdoïa sliding out but remounting, 10 seconds behind the point-scoring places.

As the race continued to unfold, the leading group began to fragment as Garcia, Gonzalez and Carrasco broke clear: the Spaniards were having a great home event at the Circuito de Jerez – Angel Nieto. With three laps to go however, Victor Steeman and Galang Hendra Pratama (Semakin Di Depan Biblion Motoxracing) closed them down to make for a fantastic grandstand finish in the closing laps. Jan-Ole Jahnig (Freudenberg KTM Junior Team) was the leading the chasing pack behind the leading quintet.

As the lap begun, Carrasco hit the front from Gonzalez at Turn 1, as she went in pursuit of what would be her first race win in the 2019 WorldSSP300 championship. However, Gonzalez came back through at Turn 6 and Hendra Pratama was third.

On the run to the line however, it was anyone’s guess as to who won, with a photo finish needed to decide the winner. Gonzalez got the verdict for his third WorldSSP300 win of the year, ahead of 2017 champion Marc Garcia and 2018 champion, Ana Carrasco. An ecstatic Galang Hendra Pratama took fourth ahead of Victor Steeman, who completed the top five.

Sixth place went to Jan-Ole Jahnig, ahead of Mika Perez (Scuderia Maranga Racing), Hugo De Cancellis, Tom Edwards (Kawasaki ParkinGO Team) and Manuel Bastianelli (Prodina IRCOS Kawasaki), who got a top ten ahead of his home race at Misano – of which he won last year! 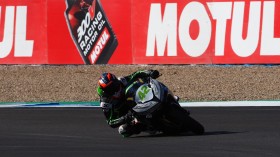 Experience rises to the fore: the elite of WorldSSP300 come out on top after another titanic scrap!

The Spaniard and five others will join the main grid for the WorldSSP300 class this weekend!

Steaming through the order, the Dutch rider head 2017 champion Garcia and host of other Jerez race favourites!