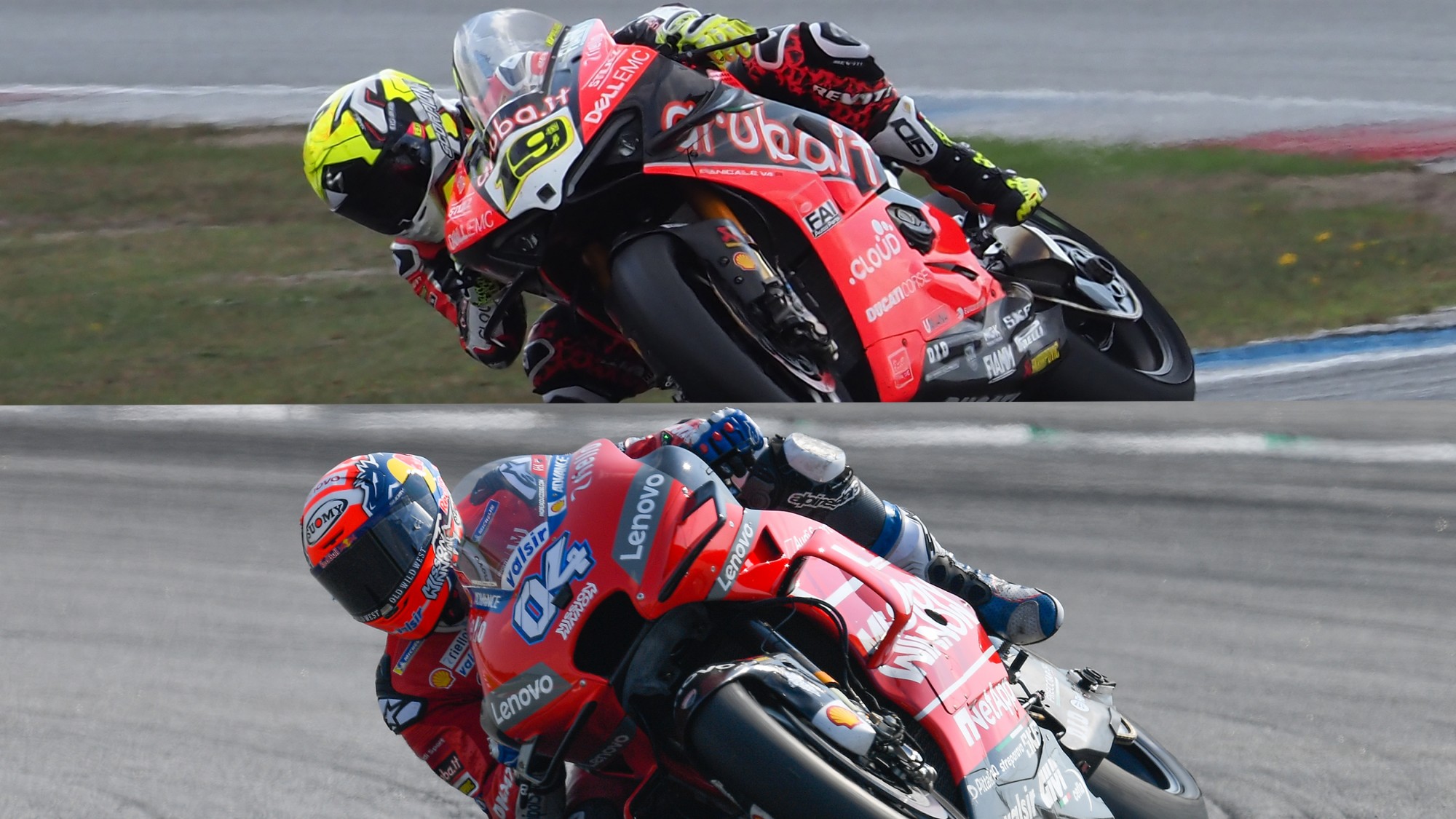 The Italian based manufacturer keep making steps forward in WorldSBK and MotoGP™. Is that a success meant to continue?

Before heading to the Grand Prix of the Americas, Andrea Dovizioso (Mission Winnow Ducati) would have never imagined leaving the COTA as championship leader. On paper, the third Grand Prix of the season seemed insidious for the 2018 runner-up, but thanks to a smart strategy he was able to get the most from a race that saw him mastering an incredible recover from thirteenth on the grid. With a fourth position, thirteenth points, and 54 points which put him on top of everybody in the standings, Dovizioso is ready for the return of the World Championship on European soil at the Spanish race track of Jerez.

A few hours before, in Europe, a triumphant Alvaro Bautista (ARUBA.IT Racing – Ducati) was taking his eleventh consecutive victory in the MOTUL FIM Superbike World Championship for 2019. Has WorldSBK an unbeatable leader? It is too early to say it, and there is still a long way to go before the end of the season, but what the rider from Toledo - and record man - has been demonstrating onboard the V4 R so far, it really tells a lot about the force of Ducati at the maximum level of motorcycling worldwide.

The Italian based manufacturer set the pace and dictate the technical level on both fronts. It is a double primacy with strong precedents, but that has never ended with a double championship win, even if on many occasions they went close to it. When Casey Stoner was crowned 2007 MotoGP™ World Champion, it had not been long that Troy Bayliss took his second title in WorldSBK aboard the red machine. The two Australian riders were close to sitting on the thrones of the two categories at the same time and the following year the Ducati legend from Taree was able to claim back the title on board the Ducati 1098.

Today, Bautista and Dovizioso are the two Ducati’s standard-bearers called to fight against the Japanese manufacturers. What the fearsome Honda is in MotoGP™, it is called Kawasaki in WorldSBK, but the supremacy of the reigning manufacturer has temporarily been clouded by the red machines. Jonathan Rea’s power that seemed invincible till some months ago, now is called into question by “number 19”. In MotoGP™ the same is happening: Marc Marquéz, considered the indisputable king of the top class, had been dethroned exactly in the place where he would have been meant to transform his kingdom into an empire. At COTA, his favourite “ring”, he took a zero instead of the 25 points of the victory, and he found himself fourth in the standings, and forced to atypically chase.

The Yamahas are there in both competitions. Valentino Rossi (Monster Energy Yamaha MotoGP) is second right in the slipstream of the Desmodromic, while in WorldSBK the factory R1s (Pata Yamaha WorldSBK Team) ended the Motul Dutch Round in Assen as third force in the championship thanks to the incredible form of Michael van der Mark.

How will the greatest battle and uncertainty end for Ducati? Find it out with the WorldSBK VideoPass and on motogp.com