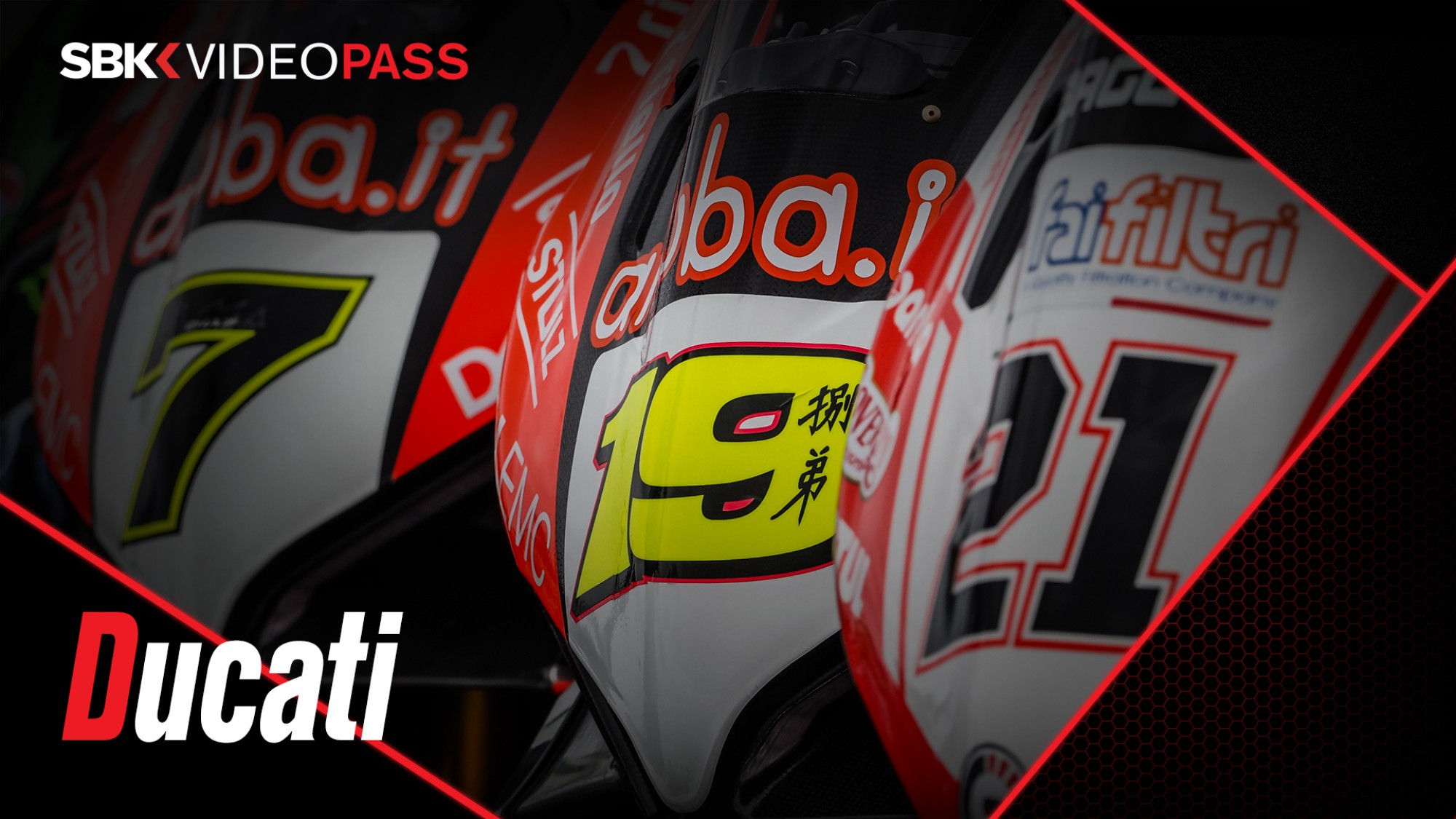 WorldSBK and the Borgo Panigale factory, inseparable since 1988. Is a new page in their long, successful history about to be written?

Anticipation was sky-high in the days before the 2019 World Superbike season kicked off. There was a buzz surrounding Ducati’s new project that had been building for months and months and was hitting fever pitch at Phillip Island. It even earned itself a revealing nickname in certain circles: the ‘Anti-Rea’. Could the Panigale V4 R be the bike that ended Jonathan and Kawasaki’s domination? Three months and five Rounds later, it definitely seems up to it.

Álvaro Bautista (Aruba.it Racing – Ducati), the Italian marque’s other secret weapon, has turned the championship on its head, scoring eleven wins on the trot and taking an early lead with a third of the season gone. Ducati’s are outspoken about their goal for 2019: to win the MOTUL FIM Superbike World Championship, eight years later.

2011 was their last WorldSBK title. It’s a long time, too long for literally the most decorated and arguably recognisable manufacturer in the championship’s history. From Raymond Roche’s first win in 1990 to Carlos Checa’s blitzing 2011 run, a red-clad rider has won the championship on 17 different occasions, more than all the other manufacturers combined.

Jonathan Rea’s four consecutive world titles is perhaps the one WorldSBK streak that Ducati do not possess: every manufacturers’ title from 1991 to 1996, and again from 1998 to 2004. It’s a legacy with no equal, the weight of history sat firmly on the shoulders of the current project leaders. Bringing out the company’s first four-cylinder road machine is of course another source of motivation, after retiring their beloved V-Twins.

And 2019 has already been incredibly satisfying for the Italian manufacturer. In April Ducati achieved their 350th race win in WorldSBK, celebrated effusively by both Bautista and Chaz Davies alongside the entire factory. That number has already increased to 352, and even with a rare, winless Imola round along the way, it seems certain that it will grow even further in 2019, especially with the three-time WorldSBK runner-up now up to speed.

All these records and streaks are important, no doubt about it, but they are but checkpoints on route to a greater goal: taking the title back to Bologna. Ducati’s DNA demands no less than that, but the battle is far, far from over, and with so many fearsome riders sat in rival teams anything can happen in the upcoming months. Everything is at stake – even their own legacy.

Can Ducati go the distance in 2019? Only one way to find out… with WorldSBK VideoPass! Watch every single race from all three categories LIVE and OnDemand, now at a cut-price rate: 50% OFF!

L for Luck – Fortune favours the brave in WorldSBK!