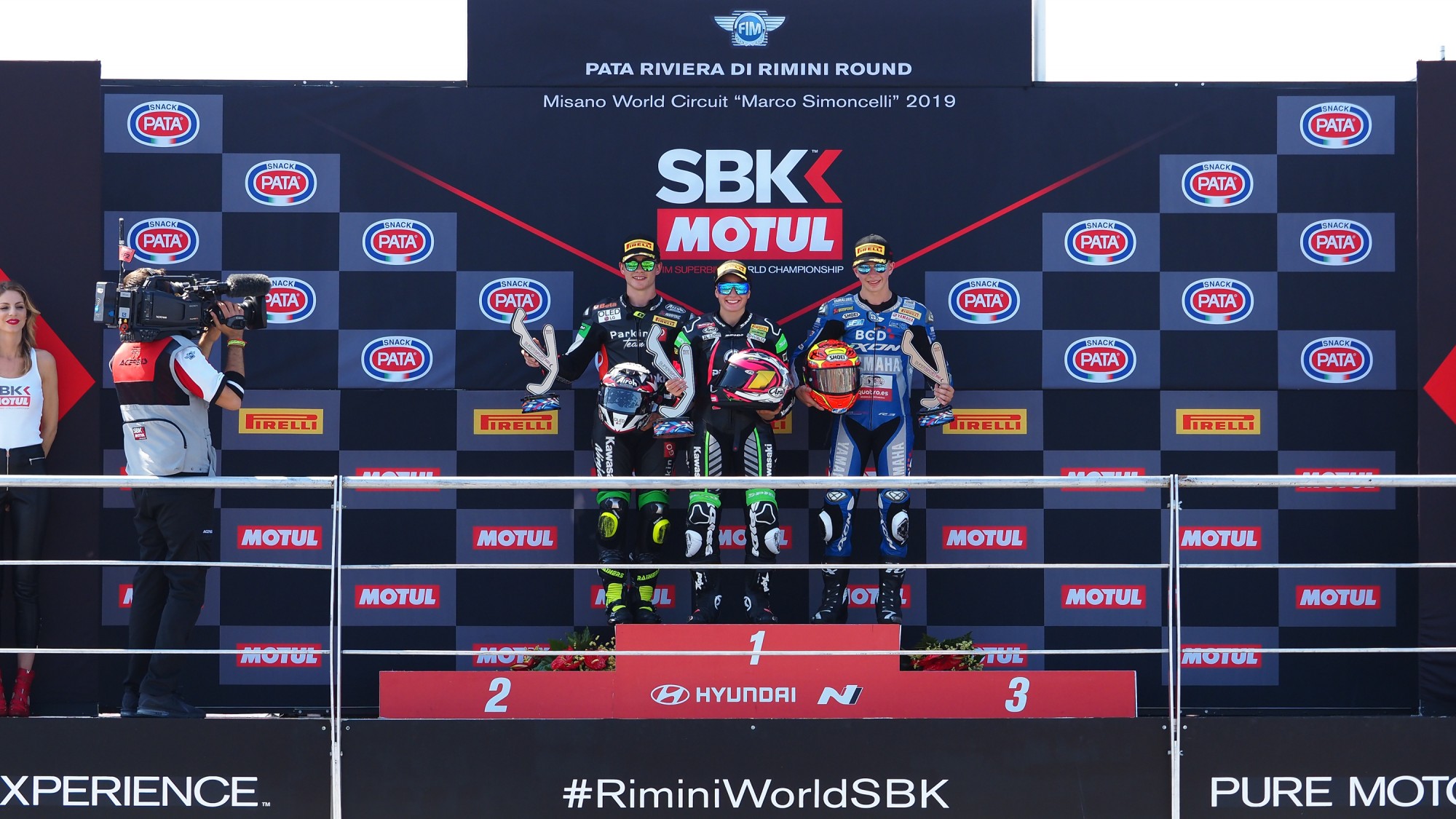 The reigning World Champion moves on to be the rider with the most wins in WorldSSP300 history to go second in the race to be champion!

A thrilling WorldSSP300 race saw numerous accidents and the usual fairing-bashing action across the 13-lap encounter. In the end however, it was a fourth career win for Ana Carrasco (Kawasaki Provec WorldSSP300), who held her nerve in a titanic six-rider scrap to move back into title contention.

On lap one of the WorldSSP300 race, it was carnage throughout as crashes were littered all the way around the Misano World Circuit “Marco Simoncelli” in a chaotic sequence of events. Turn 5 claimed Nick Kalinin (Nutec – RT Motorsports by SKM – Kawasaki), which then brought down Filippo Rovelli (Kawasaki ParkinGO Team), Jacopo Facco (Semakin Di Depan Biblion Motoxracing), Tom Bramich (Carl Cox-RT Motorsports by SKM-Kawasaki) and Daniel Blin (Terra e Moto).

It was a far from ideal race for Scott Deroue on the sole-surviving Kawasaki MOTOPORT machine, as the Dutchman was fighting through into seventh, where he rode a lonesome race, not being part of any large groups.

It was a frantic final few laps as the race lead swapped and changed, eventually seeing Ana Carrasco fight her way back to the lead and pull out an advantage throughout the last lap. Gonzalez and Hendra Pratama got ahead of Steeman into Turn 8 as they began to chase down the reigning WorldSSP300 Champion. However, Hendra Pratama got a strong slipstream down the back straight and through Turn 12, he took second place. Vocino tried to get ahead of Steeman at Turn 14 but the Dutch rider fought back.

Into the final corner, Carrasco had enough in hand to take the win, but Gonzalez bashed his way through ahead of Hendra Pratama, forcing him off the circuit and therefore costing the Indonesian a podium, as Andy Verdoïa came through for third. Steeman was fifth behind Hendra Pratama, whilst Vocino was a hearty sixth. Scott Deroue could only manage seventh, ahead of 2018 WorldSSP300 Misano winner Manuel Bastianelli (Prodina IRCOS Kawasaki), Kevin Sabatucci (Team Trasimeno Yamaha) and Ferran Hernandez Moyano (BCD Yamaha MS Racing). 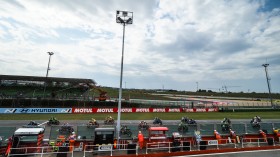 The Italian wins after a frantic battle, to be the first of the six riders who join the grid for Sunday’s main race! 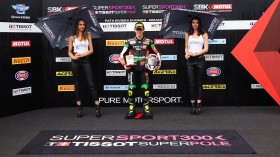 With rain interfering with the WorldSSP300 grid, it was another spectacular Tissot Superpole session at Misano! 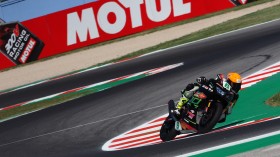 The Dutchman’s morning time was good enough to hold on to top slot, whilst the Indonesian rider heads the rest!