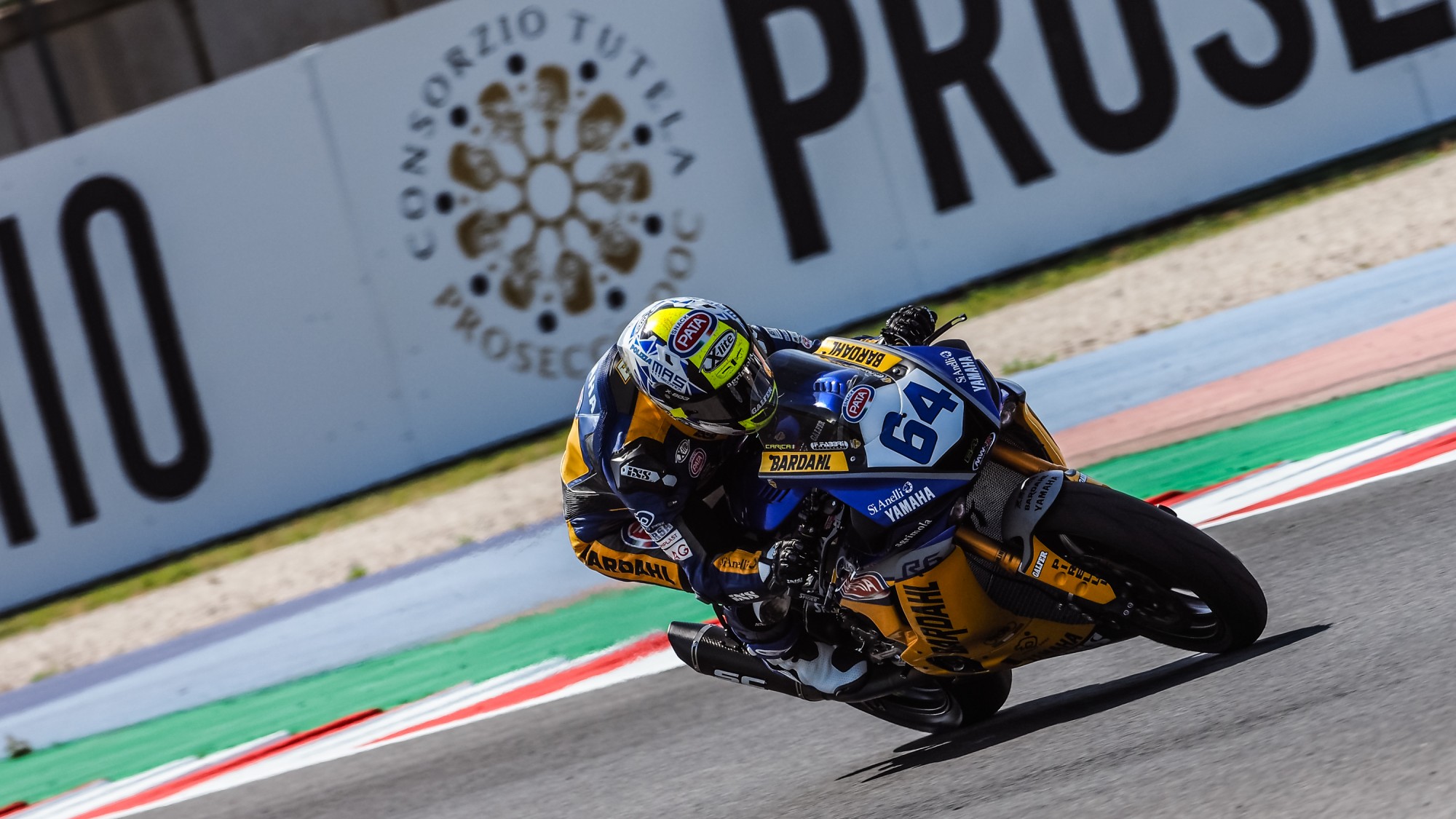 As Caricasulo and De Rosa had a 1-2 for Italy at home, it was a day full of shocks and surprises in World Supersport!

With track temperatures increasing throughout the day, the World Supersport championship is warmed up nicely for on-track action this weekend. It was a sea of Italians inside the top ten, with five of them – including two wildcards – starting their home weekend in fine style. Federico Caricasulo (BARDAHL Evan Bros. WorldSSP Team) completed the day in first, ahead of fellow countryman Raffaele De Rosa (MV Agusta Reparto Corse) and teammate, Randy Krummenacher.

Caricasulo charged to top spot on day one, continuing his strong form from Jerez. The Italian, from Rimini, is at his true home weekend and will be hoping to put on a strong show in front of a passionate home crowd. Raffaele De Rosa chased him down and was flying the MV Agusta flag, as he continues his quest for a first WorldSSP win, whilst championship leader Randy Krummenacher was in third – finishing FP2 in second but not able to conquer the top two on combined times.

Former WorldSSP runner-up Jules Cluzel (GMT94 YAMAHA) was up in fourth place, at a circuit at which he has victories at before. He was just ahead of his fellow countryman, Lucas Mahias (Kawasaki Puccetti Racing). Hannes Soomer (MPM WILSport Racedays), who was a surprise at the front of the WorldSSP order, completed the day sixth and was comfortably the top Honda in the class.

Seventh position went to the first of the wildcards: Luca Ottaviani (SGM Tecnic). The Italian was in fine form ahead of his return to the WorldSSP grid. Fellow wildcard, Lorenzo Gabellini (GOMMA Racing), was up in eighth place and was one of the first riders to improve his time in the session. Ninth and tenth went to Ayrton Badovini (Team Pedercini Racing) and Isaac Viñales (Kallio Racing). Thomas Gradinger (Kallio Racing) had a tough day and ended 14th overall, with work to do ahead of Saturday and Sunday.

Watch the WorldSSP action continue at Misano with the WorldSBK VideoPass! 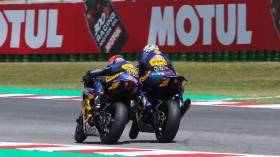 The gloves have come off in WorldSSP, as Randy Krummenacher and Federico Caricasulo finally collide in a thrilling final lap brawl! 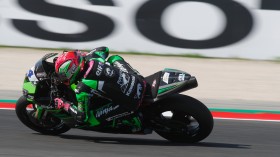 Giving Kawasaki a first pole position since 2017, Lucas Mahias heads the field ahead of Sunday’s race, with shocks and surprises aplenty!