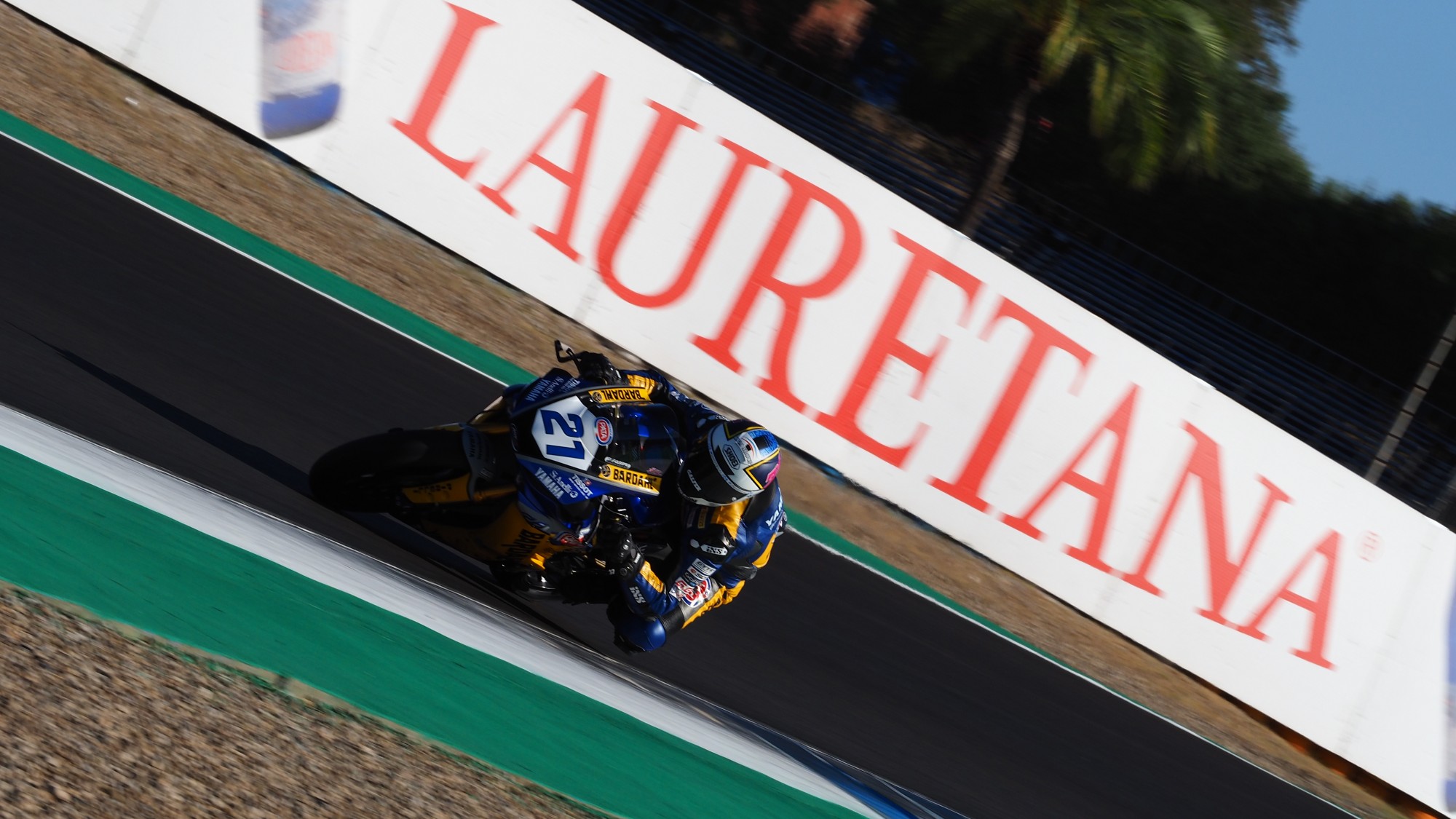 Continuing the dominance on from Friday, the BARDAHL Evan Bros. WorldSSP Team duo of Federico Caricasulo and Randy Krummenacher remained at the top of the timesheets after World Supersport Tissot Superpole. Caricasulo took pole position with his final flying lap, whilst Krummenacher crashed at Turn 1, in a session that was peppered with fast crashes as track temperatures increased.

The WorldSSP Tissot Superpole session saw Federico Caricasulo take a sixth career pole position, his first since this season’s opening round at Phillip Island. The Italian took pole with a new lap record too, at a circuit he won at from pole in 2017. Can he achieve it again on Sunday? Teammate Krummenacher came second in the session but crashed immediately after his fast lap, up at Turn 1. Just under two tenths of a second split the battling Yamaha teammates ahead of their race tomorrow. Lucas Mahias (Kawasaki Puccetti Racing) took a tumble on the exit of Turn 2 but remained third, to complete the front row.

Fourth place sees Raffaele De Rosa (MV AGUSTA Reparto Corse) take another strong grid position, as he will look to fight for his first WorldSSP win from row two. Thomas Gradinger (Kallio Racing) took fifth place, as the Austrian consolidates his front running pace, albeit nearly a second from Caricasulo’s blistering pole time. Completing the second row is Hikari Okubo (Kawasaki Puccetti Racing) who, like his teammate, suffered a slow crash in the session, at Turn 6. He was OK and got back out to improve his time.

Watch the WorldSSP race unfold on Sunday with the rest of the Acerbis Spanish Round action with the WorldSBK VideoPass! 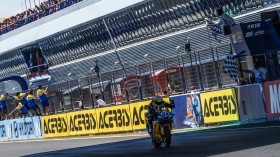 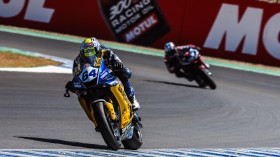