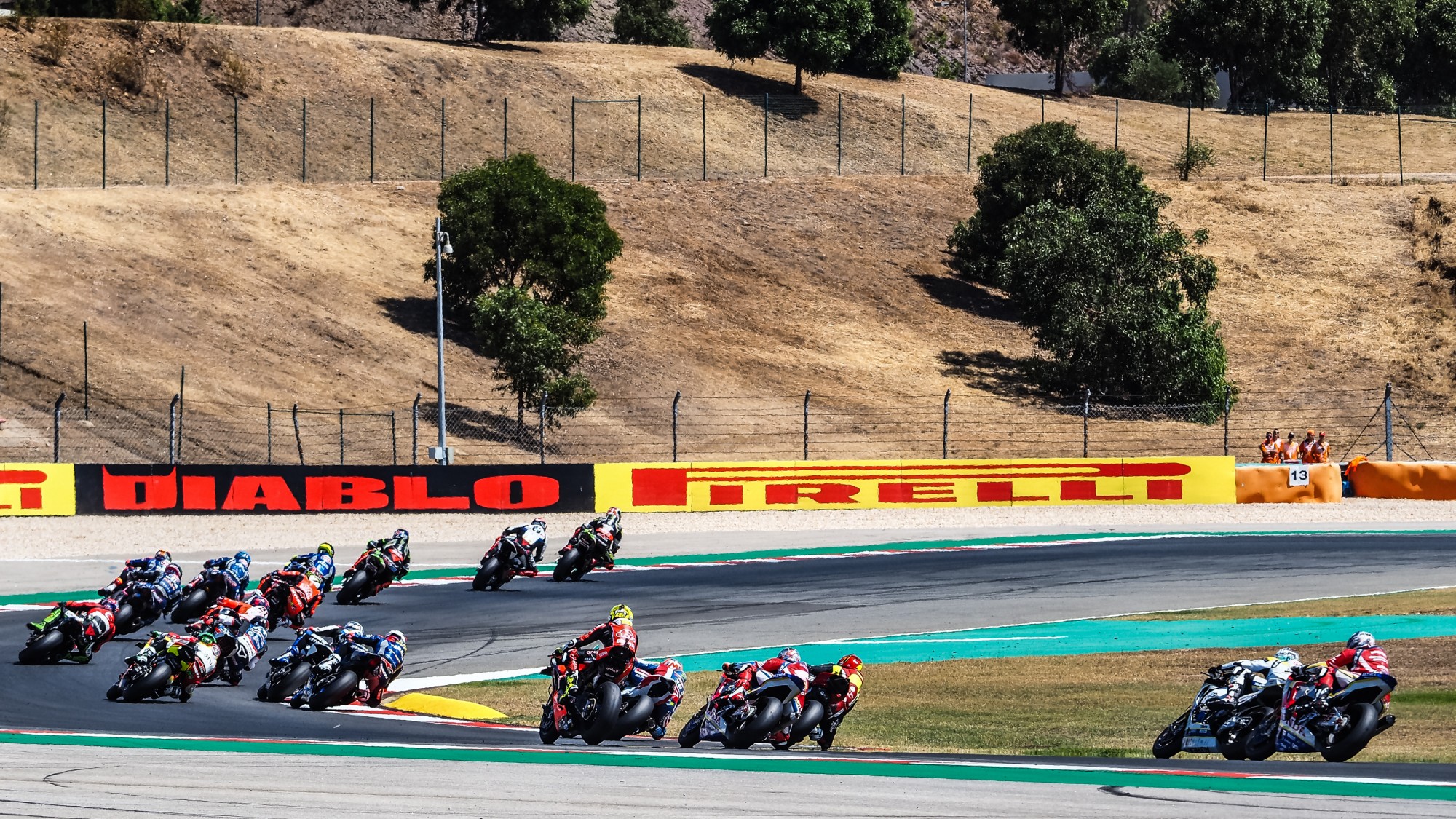 A war of words has sparked between the ARUBA.IT Racing – Ducati teammates, with both Bautista and Davies coming taking their Race 1 drama off-track

It was more than just any old up-and-down weekend for the ARUBA.IT Racing – Ducati team, with both riders achieving a podium in Portugal. However, relations inside the garage between former championship leader Alvaro Bautista and teammate Chaz Davies have come to a halt, after the two were involved in a Turn 1 incident at the very start of Race 1 on Saturday.

After the opening WorldSBK encounter, it was clear that Bautista was not holding back in his criticism of Davies, stating that “when you have teammates like that, you don’t need more enemies” as his quip, whilst blaming Davies’ move for missing the opportunity to battle with Jonathan Rea (Kawasaki Racing Team WorldSBK) for the win.

“We missed all of the chance to fight for victory and even the podium in the first corner, when my teammate touched me,” began Bautista, speaking after the race on Saturday afternoon. “I was lucky to avoid Alex Lowes and to avoiding crashing. Well, when you have teammates like that, you don’t need more enemies! I was lucky not to crash and then I tried to recover and do my best.”

Unsurprisingly, Davies has given his thoughts on the incident, hitting back at his Spanish teammate’s history of making errors in years gone by, saying “he’s made bigger mistakes than me in the first corner in the past.”

Beginning to react, Davies commented: “I thought his comments were pretty strong. I think he’s made bigger mistakes than me in the first corner in the past and I’ve seen a couple of incidents where he has taken riders out of races. It was quite a strong comment and I understand that he’s a little bit annoyed, but the fact is that I didn’t touch him at all, and I made the apex; it wasn’t like I was blowing through Turn 1. I repeat, that I didn’t actually touch him and that I did make the apex; I think it was a slight overreaction on his part.”

However, despite the two being at odds over the incident, the 32-year-old Welshman has said that there are “no hard feelings” after the move he has admitted was “on the limit.” However, he questioned whether any other rider would have sat up quite as much at Turn 1 in the same scenario.

“From what I saw of Alvaro, he is a little timid on the first lap and we saw that in both races on Sunday. From my side, there are no hard feelings and for sure, it was on the limit, but I feel it was a slight overreaction on his part. I apologised because I sat him up and disturbed him, but I don’t think that if it was another rider in the same position that they’d have sat up quite as much.

“I feel like he was a little timid, maybe because of what happened at Laguna Seca. I didn’t see the same comments about me being made then though, and I felt like Laguna Seca was worse of an incident than Saturday.”

The war of words has cast a shadow over what was a strong weekend in part for both riders, despite Davies’ Sunday struggles. Bautista was back on the podium and now has momentum going to Magny-Cours: an unknown circuit for the Spaniard in 2019.

Watch the rivalry continue in the remaining rounds with the WorldSBK VideoPass!