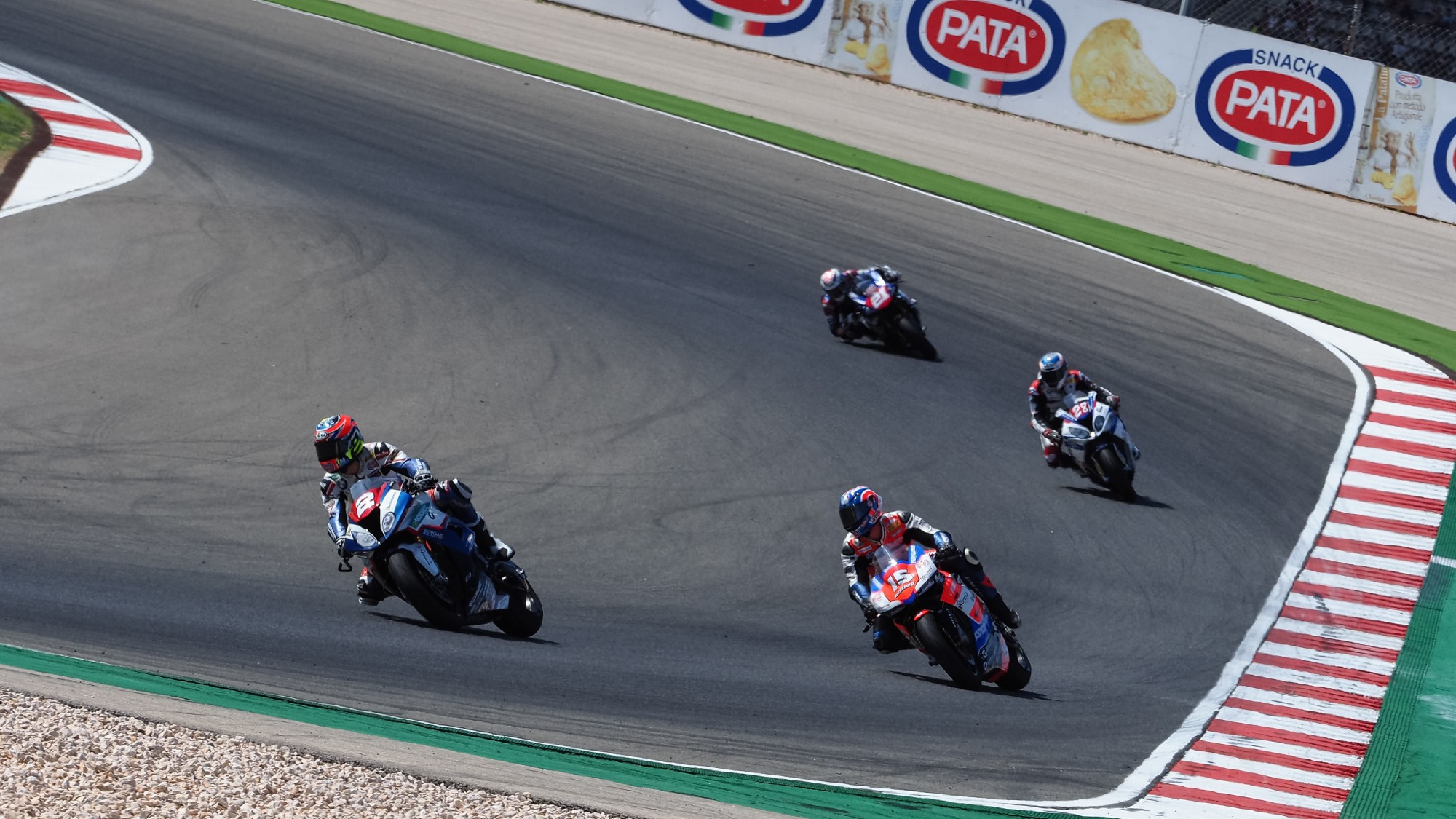 The European Superstock 1000 Championship title hunt will go down to the wire: Roberto Tamburini (Berclaz Racing Team) has taken a stunning win at the Autodromo Internacional do Algarve in the penultimate race of the season and opened up a three-way battle for the championship at Magny-Cours in two weeks’ time, as Markus Reiterberger (alpha Racing-Van Zon-BMW) could just finish third.

A brilliant start by Reiterberger pushed the championship leader into the front in a matter of seconds, but this time the German was unable to pull away. Quite the opposite: the BMW quickly struggled in the rising heat at Portimao and was passed swiftly by polesitter Federico Sandi (MOTOCORSA Racing) in lap four and Tamburini one lap later, with Florian Marino (URBIS Yamaha Motoxracing STK Team) also battling for the podium. Reiterberger managed to re-pass the Frenchman in the closing stages for the podium, but this was still not enough to clinch the title.

With Reiterberger out of contention, Tamburini managed to keep his title options alive against all odds. The Italian needed a first ever STK1000 win to go to France with any hope and that’s exactly what he did, passing Sandi halfway through the Portimao race and moving 18 points away from the championship lead.

Maximilian Scheib (Aprilia Racing Team) will also go to Magny-Cours with options, but these became slimmer after the Nolan Portuguese Round as the Chilean could only finish fifth, dropping to third in the standings and 19 points behind Reiterberger. It could have been even worse for Scheib, as he squabbled for his position in the final laps with teammate Luca Vitali (Aprilia Racing Team); the Italian however crashed one turn before meeting the chequered flag, handing sixth place to Alessandro Delbianco (GULF Althea BMW Racing Team).

Relive all the best moments from #PortimaoWorldSBK and the 2018 season thanks to WorldSBK VideoPass.