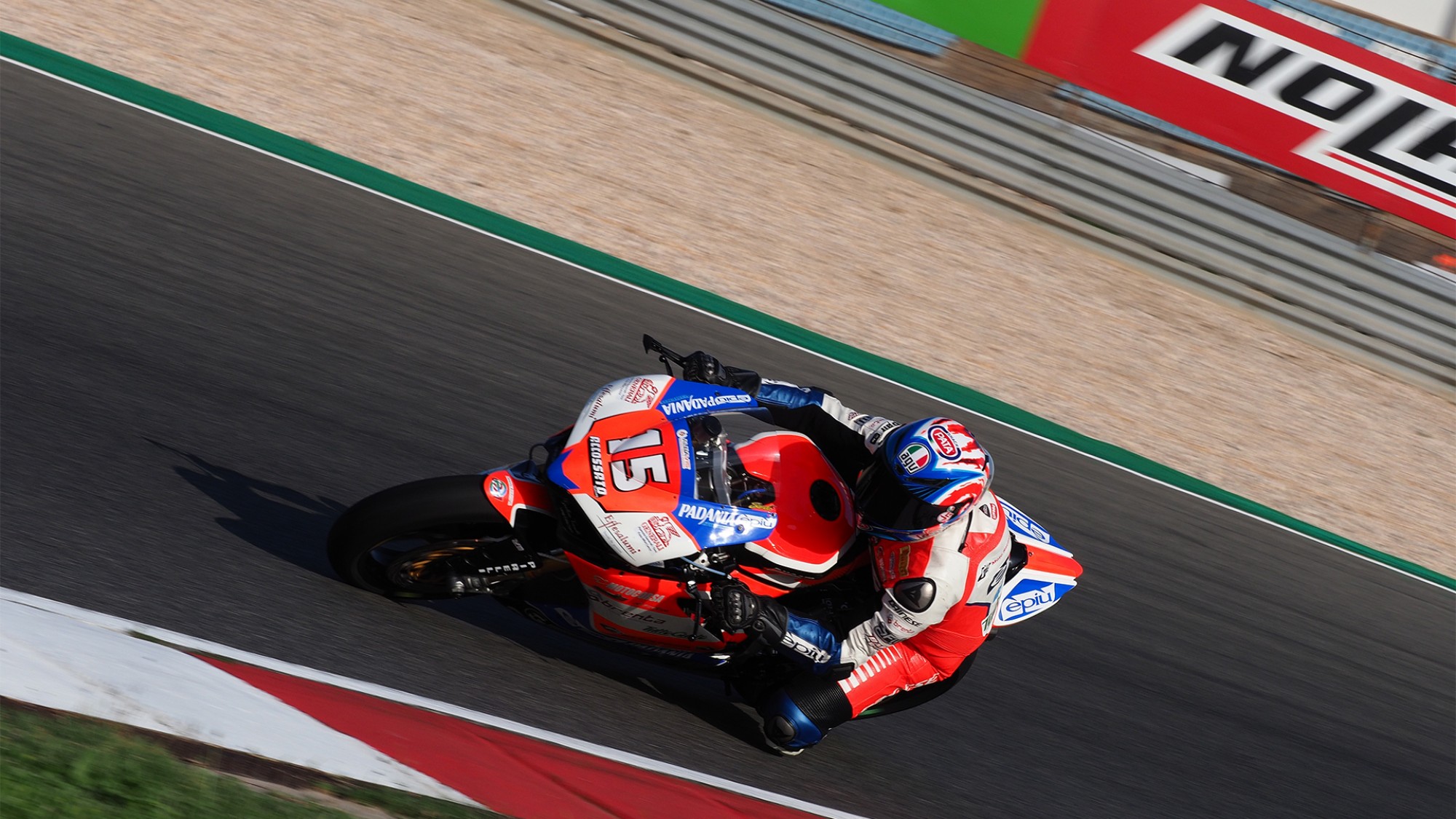 Federico Sandi (MOTOCORSA Racing) returned from the summer break in stunning fashion, clinching his second pole position in the European Superstock 1000 Championship and his first of 2018 at the Autodromo Internacional do Algarve, ahead of the three riders still in contention for the STK1000 crown.

The Italian dominated qualifying at the Nolan Portuguese Round, taking control of the timesheets five minutes into the 30-minute session and holding on to that lead despite the best attempts of championship leader Markus Reiterberger (alpha Racing-Van Zon-BMW), who will begin Sunday’s race in second.

It’s an unfamiliar position for the German, who has topped qualifying in five of the six rounds this year. He still managed to outqualify his two main competitors for the STK1000 title, however: Roberto Tamburini (Berclaz Racing Team) will accompany him on the front row after taking the third fastest time on Saturday, while Maximilian Scheib (Aprilia Racing Team) starts from fourth. Both men will need to act fast on Sunday to keep their championship hopes alive.

Will Markus Reiterberger be crowned STK1000 champion tomorrow? Join us on Sunday from 11:45 local time (10:45 GMT) to find out thanks to WorldSBK VideoPass. 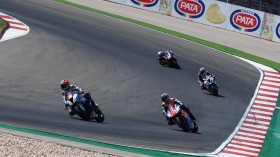