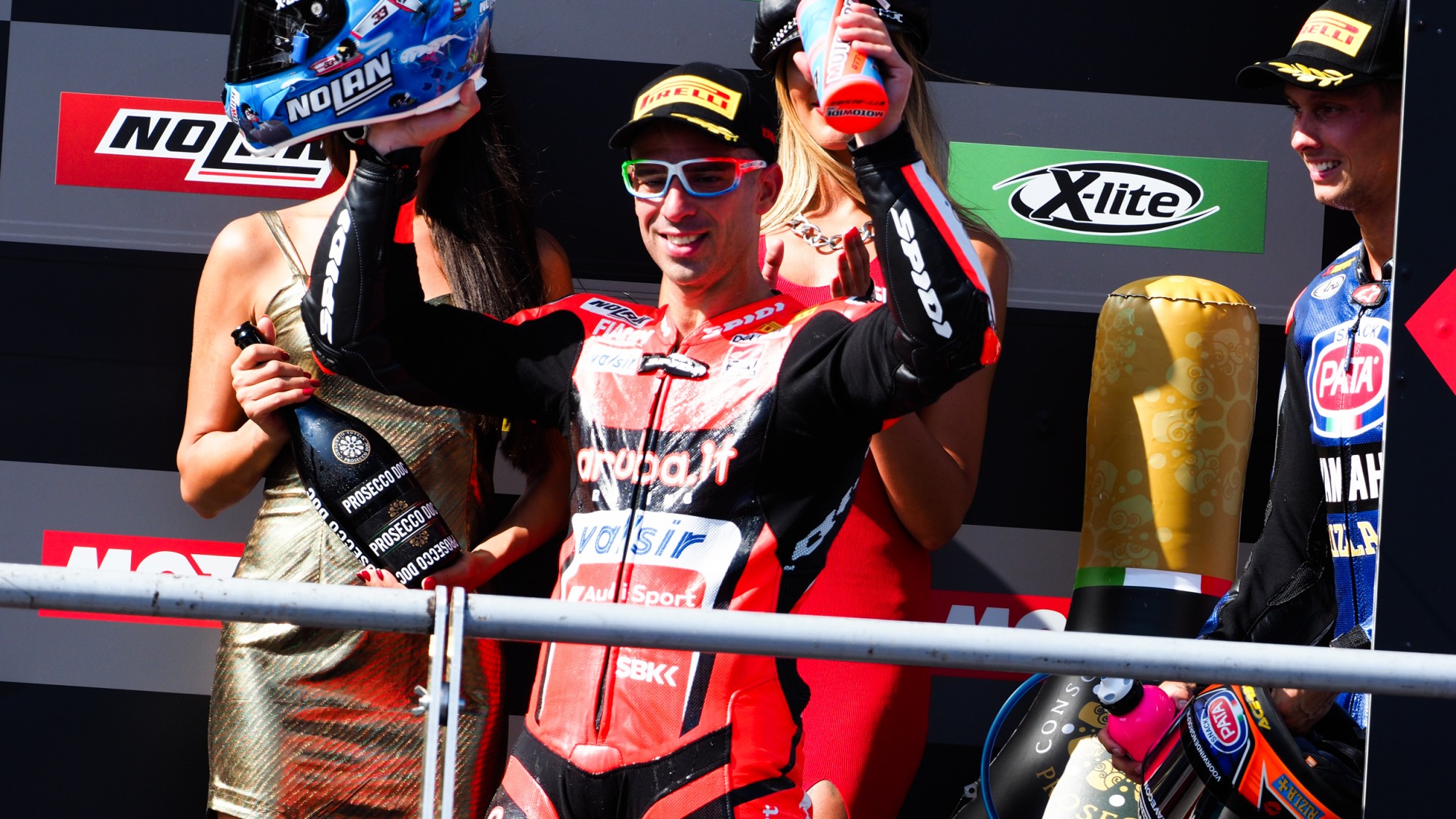 Marco Melandri (Aruba.it Racing – Ducati) secured his third consecutive podium finish in Race Two at the Autodromo Internacional do Algarve with a confident ride on Sunday. The Italian found his way through the grid after a slow start, picking off riders one by one and crossing the line in third position and with the fastest lap of the day.

Melandri, now facing his last races as an Aruba.it Racing – Ducati rider, showed that he still has a lot left in the tank in Algarve. The 36-year-old made several brave moves in his push for a rostrum return, including one over teammate Chaz Davies (Aruba.it Racing – Ducati) that had both men going wide through turn 1.

All in all a good day at the office for Melandri: “It was a difficult race but a bit more fun than yesterday. I had a nice start but struggled a bit to make some passes in the first lap and lost a bit of time. Then I came back quite well but it was not easy. The tyre dropped down a lot for everyone and in a few turns I struggled too much, I was pretty slow. It was not enough to pass back van der Mark at the end, but I can be happy because it was the best result I could get. I got the best from myself this weekend and that’s good for the future”.

Melandri and Davies were surprised in lap 13 by van der Mark’s out of the blue overtake: “I expected maybe for Chaz to cross me and try to come back. When I saw it was a blue bike I said: “What’s going on?”!

“Van der Mark was riding well, he didn’t make any mistakes. The lap times were almost the same, nobody could gain anything”, he adds.

Now Melandri faces his last European round on the Panigale R: “I hope to find a dry race, it’s a track that I like. I hope my bike will work well, I’m feeling good, I have nothing to lose. I’m going there to have fun”.

Watch the highlights of Melandri’s successful return from the summer break thanks to the WorldSBK VIdeoPass. 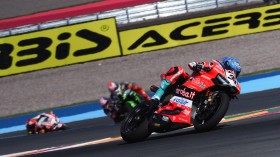 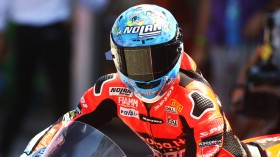 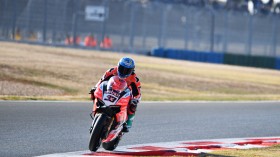