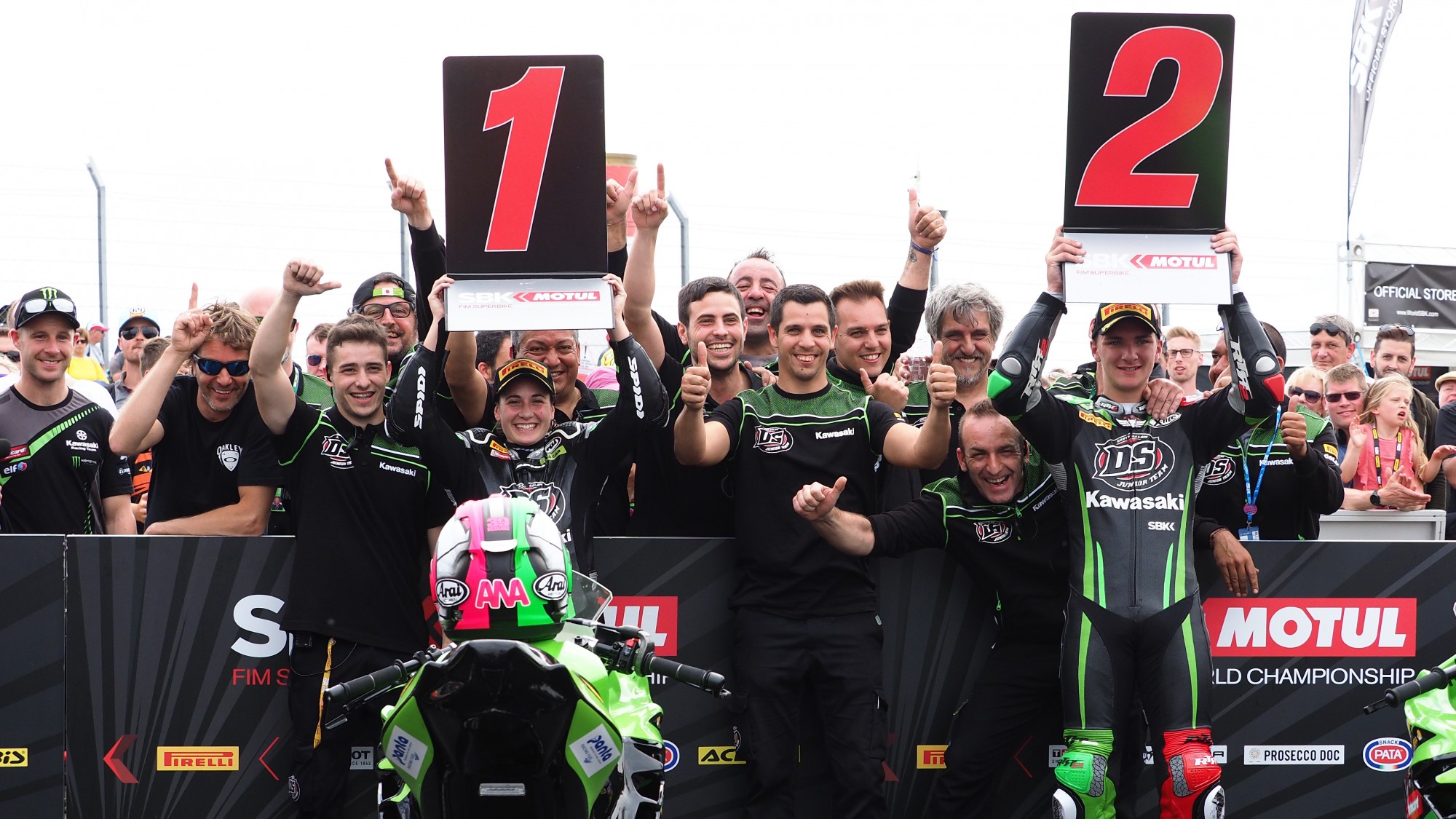 As Ana Carrasco (DS Junior Team) made history in France to become the first female in history to be crowned as a world champion, her Kawasaki backed team have secured the FIM Supersport 300 World Championship teams world title at Circuit de Nevers Magny-Cours.

With the help of South African Dorren Loureiro, the team sit 55 points ahead of Motoport Kawasaki in the standings, who were one of their main championship competitors in the rider title chase. Ran by former racer David Salom, DS Junior Team have scored points in every round of the season so far and even took a double podium in the British Round at Donington Park. Consistency has been key to their success so far this year, as despite only taking three podium finishes all season, they have always been in the points.

Loureiro is taking on his second season with the team and was joined by Carrasco for 2018, as the duo ride the all new Kawasaki Ninja 400 machine. Coming up against some tough battles and competitors, the season has proven a difficult one with plenty of highs and lows, but ultimately they have been able to come out on top in Portugal.

Starting the season off with a steady weekend at MotoLand Aragon, the duo ended in the top eight, and this improved into a top seven at TT Circuit Assen with Carrasco being the top rider in both rounds. Imola began the dominance, as the Spaniard took her first victory of the season, whilst Loureiro struggled to take 11th position. But Donington Park was truly the time to shine in a stunning battle which saw them take a 1-2 in front of the British fans. Off the back of two tough rounds at Brno and Misano – with Loureiro taking their best result of ninth at Misano – the team came back from the summer break fighting and were able to secure the title in true warrior style.

Thrilled to bring the team success in 2018, Carrasco comments: “I can only say thank you to a David Salom and all the Kawasaki DS Junior Team, it is for all of them.”

Enjoy the highlights that saw the duo take the title, all with the WorldSBK VideoPass.