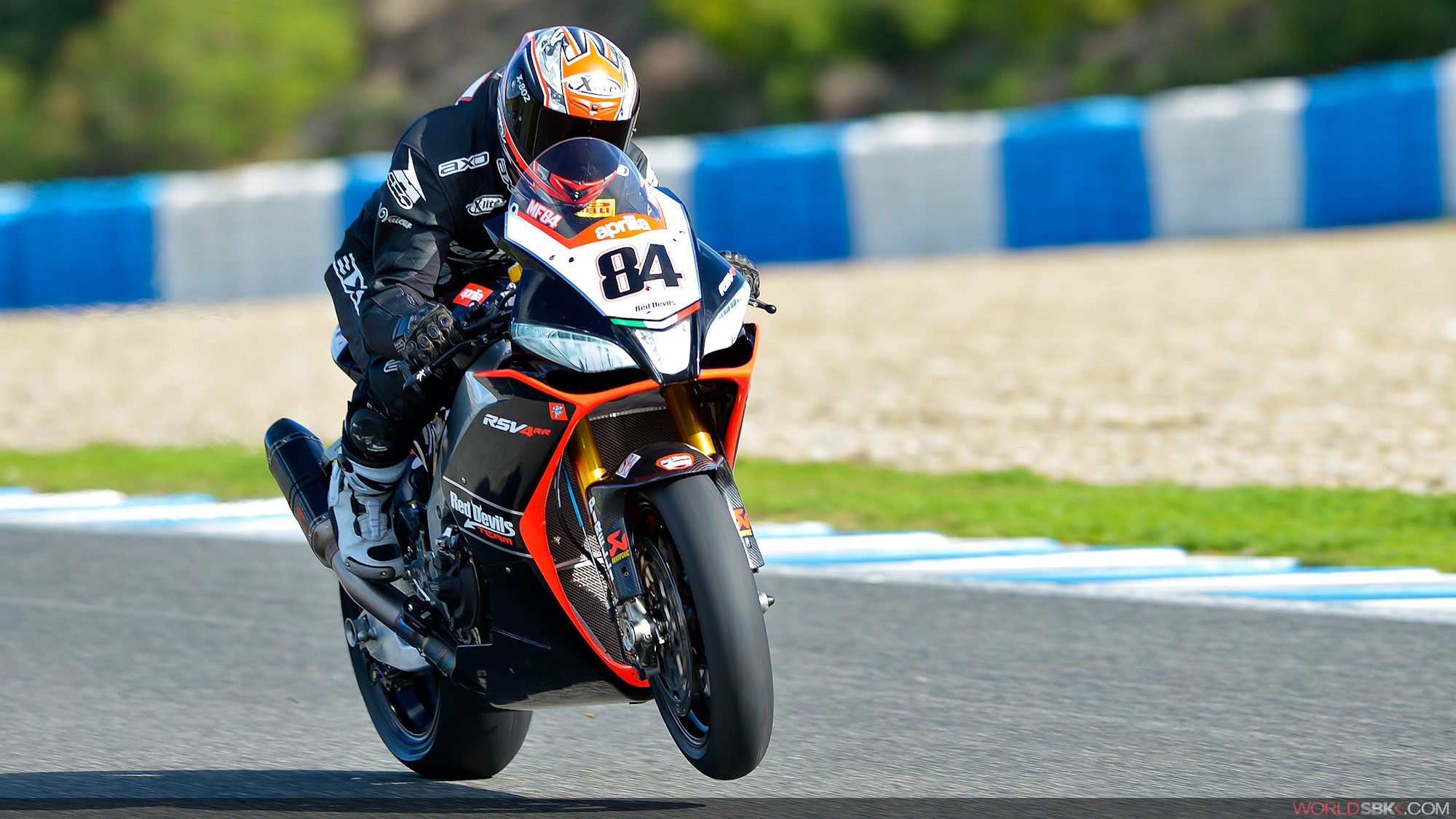 Both Haslam and Fabrizio very competitive on the new Aprilia RSV4 RR machine.

Team Red Devils Roma today concluded two days of testing at the Jerez circuit in Spain. A first step for Andrea Petricca’s team in preparing for the 2015 Superbike World Championship.

Taking to the track with the 2015 version of the Aprilia RSV4 RR were Leon Haslam and Michel Fabrizio. The English rider has already been confirmed as a member of the Italian team, while for Fabrizio this was a test and a return to the track after a long period of inactivity.

Despite unfavourable weather, with rain disrupting the team’s work, the two days at Jerez were undoubtedly positive. The rain that fell yesterday allowed Haslam and Fabrizio to complete only twenty laps or so, on a still damp track. Fortunately, this afternoon, the sun made an appearance, drying the track and allows both Haslam and Fabrizio to work well with their technicians, building confidence with the 2015 version of the RSV4 RR, prepared in accordance with the new Superbike regulations. The stopwatch confirmed the quality of the work completed, with Haslam closing in third place today, with a best time of 1'40.865, just thousandths of a second from Tom Sykes and from the day’s fastest rider, Alex Lowes. Considering his long absence from the tracks and from Superbike, Michel’s fastest time, a 1'41.300 that placed him fifth, was also positive.

Long time factory Aprilia Racing engineer Paolo Bonora will be part of the Italian squad, taking care of electronics alongside Paolo Angelin, who this year worked together with Petricca’s technicians. This will reinforce the collaboration between Aprilia and Team Red Devils who will return to the track, on 19 and 20 January at Motorland Aragon in Spain, for two more test days.

Andrea Petricca - Team manager: "I’m very pleased with the work carried out during these two days at Jerez. The weather was not favourable, but we were nevertheless able to see how Leon has already found good sensation with the RSV4 RR, so much so as to immediately be among the fastest on track. Michel needed time to readjust but showed that he could adapt quickly to the bike. Over the coming days, we’ll analyse the data collected here in Spain and evaluate Michel’s position.”

Leon Haslam: "The RSV4 is a fantastic bike! Despite the changeable weather, I was able to work with my team and have realized that my riding style is already quite close to what I need to be doing to exploit the great potential of the RSV4 RR. I improved with each exit and it wasn’t difficult to find good feeling with both the bike and the technicians on my new team. I’m going home happy and very confident ahead of the coming season.”

Michel Fabrizio: "I’m very pleased to have had chance to ride a Superbike again. These two days were enough to reignite my enthusiasm and make me see that I am ready for a world championship season, with a competitive team and bike. It’s a pity the weather made us lose time yesterday, but together with my technicians I was able to adapt my riding style to the RSV4 RR and it was great to see how the bike responded to each change and how lap times came down as a result, so that by the end I was very close to the fastest guys. Now I wait calmly for the team to make its decision.

The upcoming season is expected to be an exciting one. 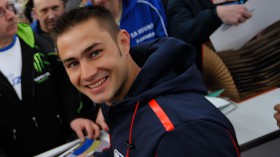 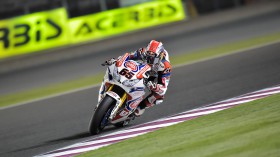 The Ulsterman ends his Honda career with a great performance.