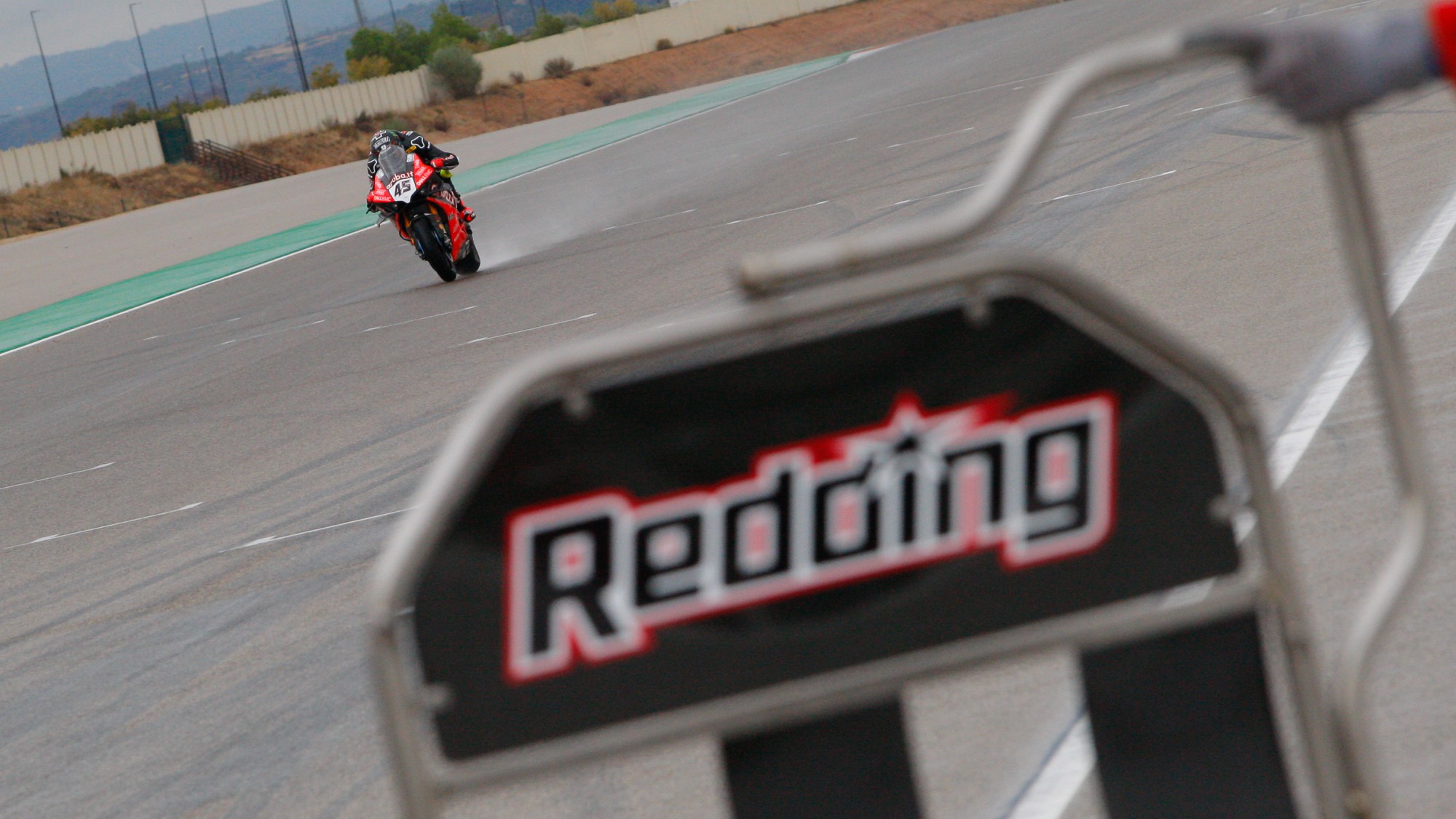 2020 arrivals Redding and Gerloff amongst riders to debut their new machines, with drier conditions expected for the afternoon

The 2020 MOTUL FIM Superbike World Championship truly kicked off this Wednesday morning at MotorLand Aragon, with five WorldSBK teams present at the Spanish track and itching to get moving after a two-and-a-half-week break. However, for now things have been progressing slowly at the 5.077km circuit, with rain and single-digit temperatures hampering the early hours of testing.

The session was officially opened at 10:00 Local Time (GMT+1), yet the first track action didn’t come until 11:06 with Ana Carrasco (Kawasaki Provec WorldSSP300) on her Kawasaki Ninja 400. Both herself and Manuel González (Kawasaki ParkinGO Team) were set to have a special, brief running of the WorldSBK ZX-10RR, however that has been postponed due to the wet conditions.

With the rain coming to a halt yet with the tarmac still very damp, Scott Redding (Aruba.it Racing – Ducati) was the first World Superbike rider out, making his debut appearance on the WorldSBK-spec Panigale V4 R. Another Ducati debutant, Leon Camier (BARNI Racing Team), also took his new bike for its first spin, setting the fastest time of the morning in the process, although he was beaten shortly after by Michael van der Mark (Pata Yamaha WorldSBK Team) who was leading the timesheets at the time of publication.

Toprak Razgatlioglu (Pata Yamaha WorldSBK Team) was the second WorldSBK rider to take to the track with his maiden laps on the Yamaha YZF R1. The Pata Yamaha and GRT Yamaha squads have both travelled to Aragon with the current 2019 model, with the idea of introducing all their riders to the 2020 YZF R1 at Jerez in two weeks’ time. Garrett Gerloff one of GRT’s two WorldSBK rookies, joined the Turkish rider in trying out the Yamaha for the first time on Wednesday morning.

While there has been little on-track action for now, teams are working non-stop behind the scenes as the newcomers adapt to their new environment. New Crew Chief-Rider partnerships taking their first steps in Aragon include Alex Lowes with Marcel Duinker in the Kawasaki Racing Team WorldSBK, Michael van der Mark with Lowes’ former right-hand man Andrew Pitt, or Garrett Gerloff with van der Mark’s previous Crew Chief, Lez Pearson.

Conditions are expected to improve throughout the day, so expect more riders out in the afternoon hours as the tarmac dries out.

Watch the best moments and all the reactions from the MotorLand Aragon test thanks to WorldSBK VideoPass!