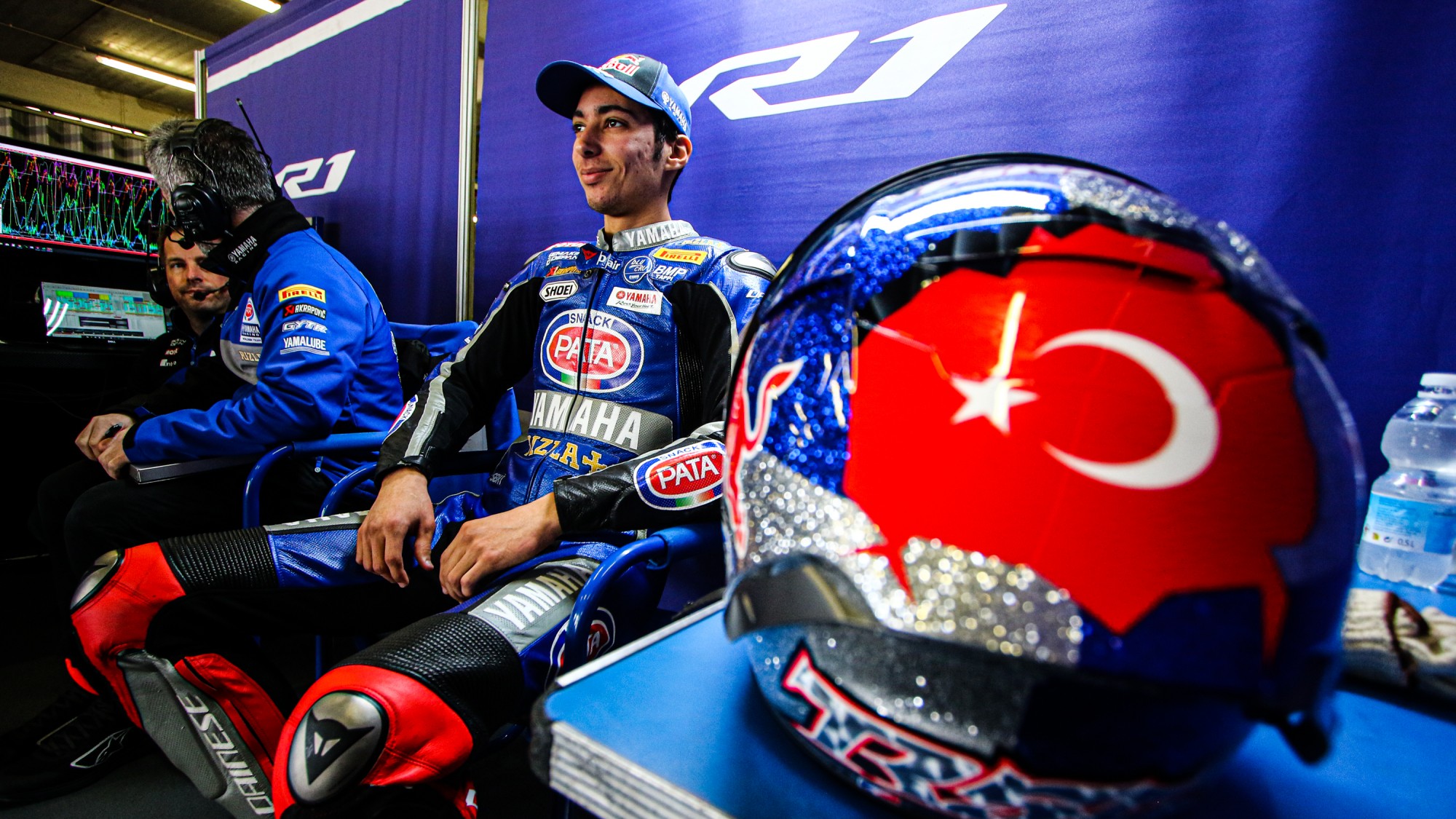 Doing his country proud in 2019, Toprak Razgatlioglu will seek to be in the hunt for WorldSBK success yet again in 2020…

With less than three weeks until the opening round of the 2020 MOTUL FIM Superbike World Championship at Phillip Island, preparations are happening right through the paddock as one of the most anticipated seasons for years gets ready to start. For one man in particular, there’s added pressure and a new team to adapt to. Toprak Razgatlioglu (Pata Yamaha WorldSBK Official Team) is one of numerous riders to swap teams for the new season, as he moves from Puccetti Kawasaki to Pata Yamaha.

The Turkish sensation took his first two WorldSBK race wins at Magny-Cours last season, becoming the first rider from Turkey to win a World Superbike race in the 32-season history of the Championship. However, Razgatlioglu has proved that it was no fluke and topped the Portimao test, acclimatising well to the all-new 2020 YZF R1 beast.

Speaking ahead of the WorldSBK season, Razgatlioglu stated: “It’s a different team and for me, the first time with an official team. I was used to being in a small team, and now, I am coming into an official team. I don’t know all the people in the team yet and I always say that for me, it is not easy because everyone is different to work with. But already it’s feeling very good and I like it a lot. In the beginning I was a little… scared! Because I don’t know the team and everything is new. But now I’m very happy and enjoying it.”

Razgatlioglu’s pre-season testing wasn’t without incident however, with a small crash at Turn 1 at Jerez in January blotting his copybook. However, during the dry testing at Portimao, the 23-year-old wasn’t headed on the final day and looked to make a breakthrough with his feeling on the Q tyre, something he struggled with notoriously in 2019.

“The Yamaha is a new bike for me but now I have the 2020 R1 – between the two I would say there is not a really big difference, just nice improvements. I feel like it is really good at turning and with the power, I am feeling much better. I’m learning that my new bike with Yamaha has a different character from what I rode in the past. After more laps, I feel much better.”

Continuing to preview his fortunes, Razgatlioglu looked ahead at his goals for round one: “I think last year, I said the same – to get a podium at Phillip Island. I need this and last year I tried! It was not possible, but this year, I will try again. First race, first podium and try to have a good feeling to start. After that, I always try my best but we will see!”

Follow Razgatlioglu in style from the first round at Phillip Island with the comprehensive WorldSBK VideoPass!

Emotion all-round: the perfect farewell gift from Razgatlioglu to the Turkish Puccetti Racing, who end a five-year relationship after a “magical year”

The fight for third is certainly raging in WorldSBK and after day one, Toprak Razgatlioglu is the rider with the momentum…

The Turkish star stormed to the top of the Independent tree, an achievement he and his Turkish Puccetti Racing outfit can be proud of!