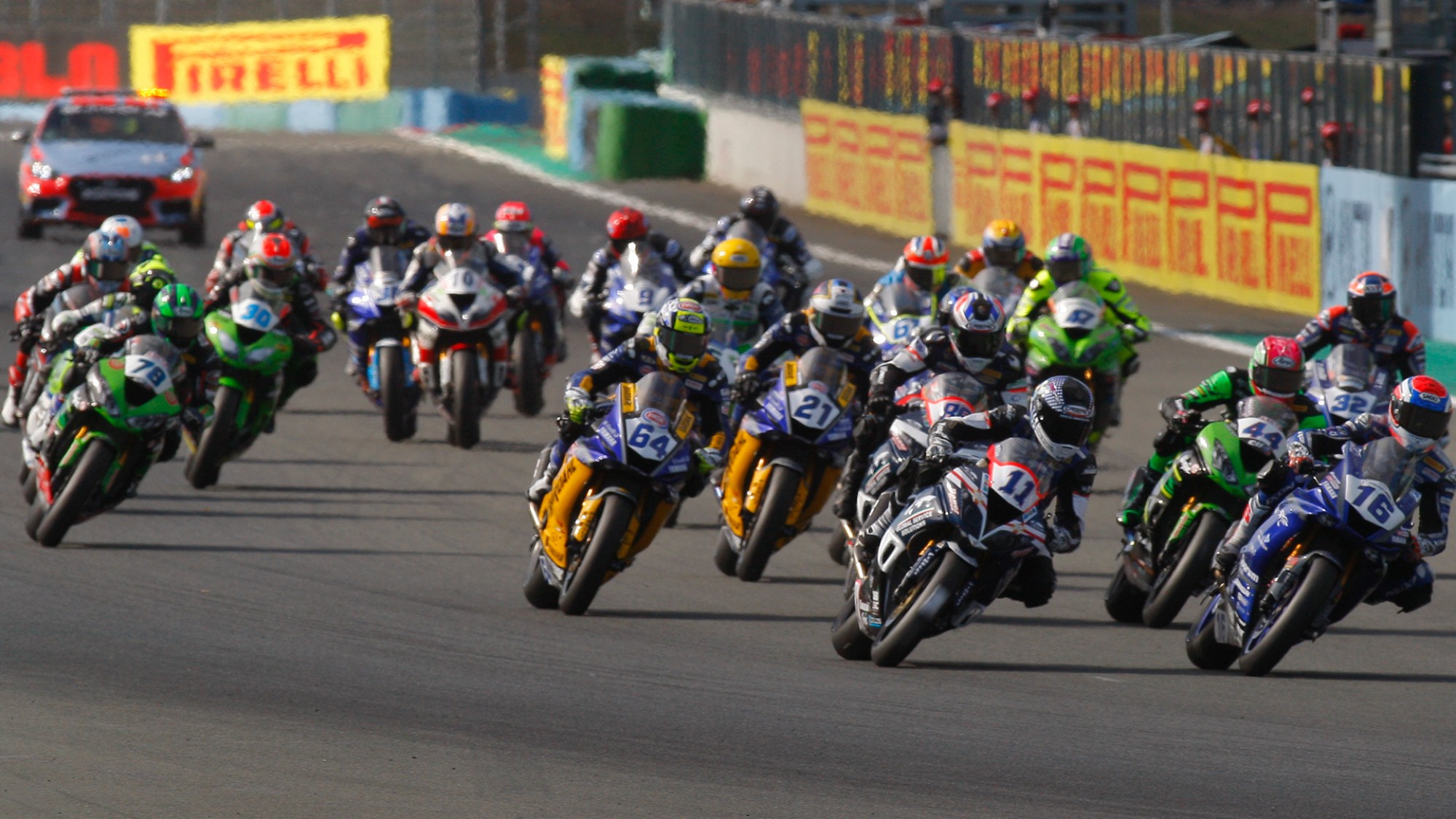 With the title on the line, who can achieve gold in the Land of Silver?

The 2019 FIM Supersport World Championship has already seen twists and turns at every opportunity. The Motul Argentinean Round hosts the penultimate round of the season, and the World Supersport title contenders look set to sparkle in South America. Mathematically, the championship can be decided this weekend; if Randy Krummenacher (BARDAHL Evan Bros. WorldSSP Team) scores 16 points more than teammate Federico Caricasulo, he’s done it. Can he do it?

198 points coming into France, and on 198 points heading to Argentina, Randy Krummenacher suffered his first DNF in the WorldSSP category for three years, and it couldn’t have come at a worse time. The Swiss rider may have ended the Pirelli French Round early but, for the time being, he is still in control at the head of the pack. A sixth in Argentina last year was solid, but he will almost certainly need to improve on that this season. Pressure builds, although the ball is still in his court.

On the other side of the garage, teammate Federico Caricasulo will be desperate to make up on his lost opportunity at Magny-Cours, crashing out of the lead when he looked certain to leave France with the championship advantage. Nevertheless, the Italian is still just 10 points behind his teammate, but now has one less race to reduce that gap. Having been on the podium in every race apart from the last one, Caricasulo heads to Argentina and a track that he failed to finish at in 2018…

The final contender for the championship is Jules Cluzel (GMT94 YAMAHA), who, despite not crashing at Magny-Cours, failed to make big gains on the leading duo. A sixth was all the Frenchman had, although he is now 38 points back of the championship lead. Sheer consistency and the occasional win has seen Cluzel remain in the title race but now, he needs some luck. In short, Cluzel must be on the podium at the very least, and hope Krummenacher and Caricasulo finish down the order.

Whilst one Frenchman couldn’t achieve home success, another one excelled in front of a huge partisan audience. Lucas Mahias (Kawasaki Puccetti Racing) notched up his first win of the season and Kawasaki’s first since 2017, and heads to the Motul Argentinean Round with great confidence. Two races remain in 2019 and he has a mathematical chance of finishing third, although not in the overall title fight. Still yet to DNF in a race since Misano last year, can Mahias make it back-to-back victories?

Hikari Okubo (Kawasaki Puccetti Racing) is one of just three riders who has finished every race of the 2019 WorldSSP season in the points and, after a fifth at Magny-Cours, he will take his search for a first podium to San Juan. The 26-year-old Japanese rider had good pace in Argentina last season, finishing eighth in the race having started down in 16th. In 2019, he aims to achieve the WorldSSP podium that has eluded him all year; will he end Japan’s 12-year wait for a World Supersport rostrum?

Completing the top six in the championship standings is Raffaele De Rosa (MV AGUSTA Reparto Corse), who leapfrogged Thomas Gradinger (Kallio Racing) in the standings at Magny-Cours. The Italian star has endured misfortune in 2019 and resumes his chase for a first win in WorldSSP. MV Agusta are still eagerly awaiting a first podium since Imola and will hope their barren spell will end in Argentina.

There’s plenty of other names to be enthusiastic about in Argentina, none less than Ayrton Badovini (Team Pedercini Racing), whose welcome return to the podium at Magny-Cours means that he can’t be discounted. Neither can Isaac Viñales (Kallio Racing), after being denied a first win the class at Magny-Cours. However, this will be a new track for the Spaniard. Corentin Perolari (GMT94 YAMAHA) is another one to keep an eye out for, after another top ten last time out.

Watch all the racing action across the weekend with the WorldSBK VideoPass!