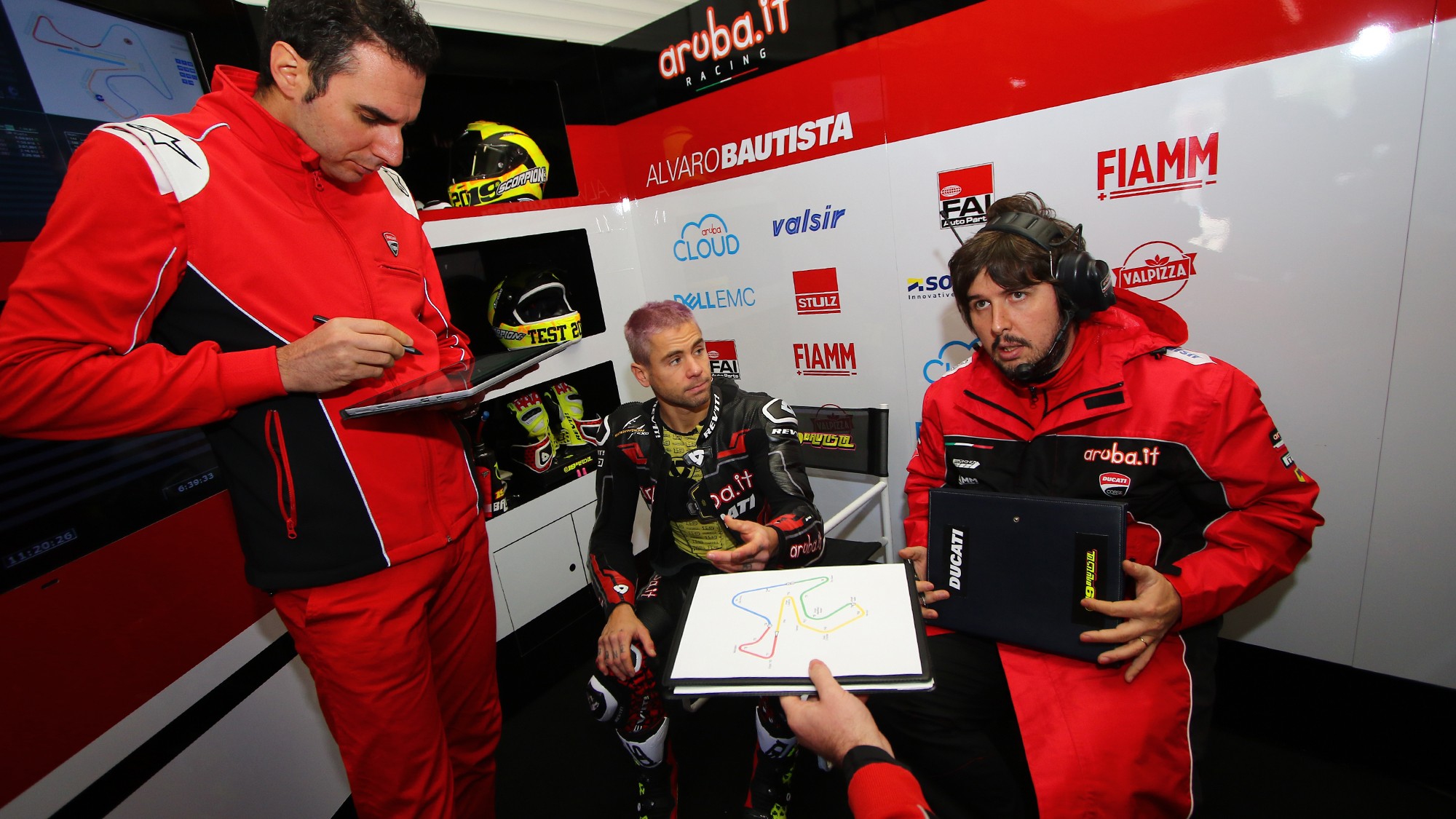 For every great rider, there is a great crew chief. The one person in charge of bringing together the qualities of both man and machine into one unstoppable package. A deep understanding between crew chief and rider is a crucial component for any winning team, particularly in the MOTUL FIM Superbike World Championship, with relationships moulded through years of hardships and triumphs.

However, with several riders changing teams and strategies for 2019 there have also been a number of internal switches. Two months removed from the end of last season and a further few weeks before the 2019 Australian Round kicks off, we take a look at the new alliances that have begun to brew in winter testing.

The Kawasaki Racing Team WorldSBK retain most of the same pieces from their title-winning campaign, but with Leon Haslam replacing Tom Sykes onboard one of the ZX-10RRs two different dynamics have emerged during winter testing. On the Derbyshireman’s side of the team box, it’s all about learning the ins and outs of his new bike with the help of crew chief Marcel Duinker. The Dutchman was Tom Sykes’ right-hand man for seven consecutive seasons with the Provec Racing outfit (including his 2013 championship win) and will be key to guaranteeing a smooth adaptation for Haslam.

For Jonathan Rea, on the other hand, the mantra is simple: if it ain’t broke, don’t fix it. Four years alongside Pere Riba, four titles in KRT’s trophy cabinet – they’ll aim to continue this perfect run in 2019.

Over to the men in red, where there has been a lot more movement ahead of the new year. Aruba.it Racing – Ducati have recruited a familiar face to sit alongside Álvaro Bautista in his maiden WorldSBK season as he is joined by Giulio Nava, the Spaniard’s crew chief in 2015 and 2016 in MotoGP™. Nava was most recently by Scott Redding’s side this season in Aprilia Racing Team Gresini and will also be making his WorldSBK debut.

Chaz Davies will also be starting a new partnership in 2019, as long-standing crew chief Alberto Colombo starts a new chapter of his career with Yamaha. His new right-hand man will be Luca Franzoi, who up until last season had been the team’s main suspension technician.

Yamaha face the new season with double the bikes on the grid, and with two teams come two completely different strategies. On the Pata Yamaha Official WorldSBK Team side of things there’s no change whatsoever. Alex Lowes and Michael van der Mark will continue to don the blue Yamaha leathers into 2019, while Andrew Pitt and Les Pearson remain by the Brit and the Dutchman’s side, respectively.

Continuity is the name of the game for  GRT Yamaha WorldSBK Team, but with two new riders in their ranks we’ll also see two new rider/crew chief combinations. Damiano Evangelisti will be one half of an Italian tandem with stunning new signing Marco Melandri, just as he was last season alongside Federico Caricasulo in World Supersport. On the other side of the garage, WorldSSP champion Sandro Cortese will make his World Superbike debut with Nicola Sartori Vomiero by his side – Lucas Mahias’ crew chief since 2017, when the Frenchman won his WorldSSP crown.

Similarly, Barni Racing Team will also field a new rider alongside an established crew chief, as Michael Ruben Rinaldi is taken under the wing of Luca Minelli – Xavi Fores’ right-hand man last year – for the 2019 season and their first attempt at squeezing the best out of the Ducati V4 R.

With more teams set to establish their respective structures and partnerships in the weeks to follow, what other surprises will the crew chief dance of 2019 throw up? Read any updates here on worldsbk.com, and follow all the action from the new season thanks to WorldSBK VideoPass.