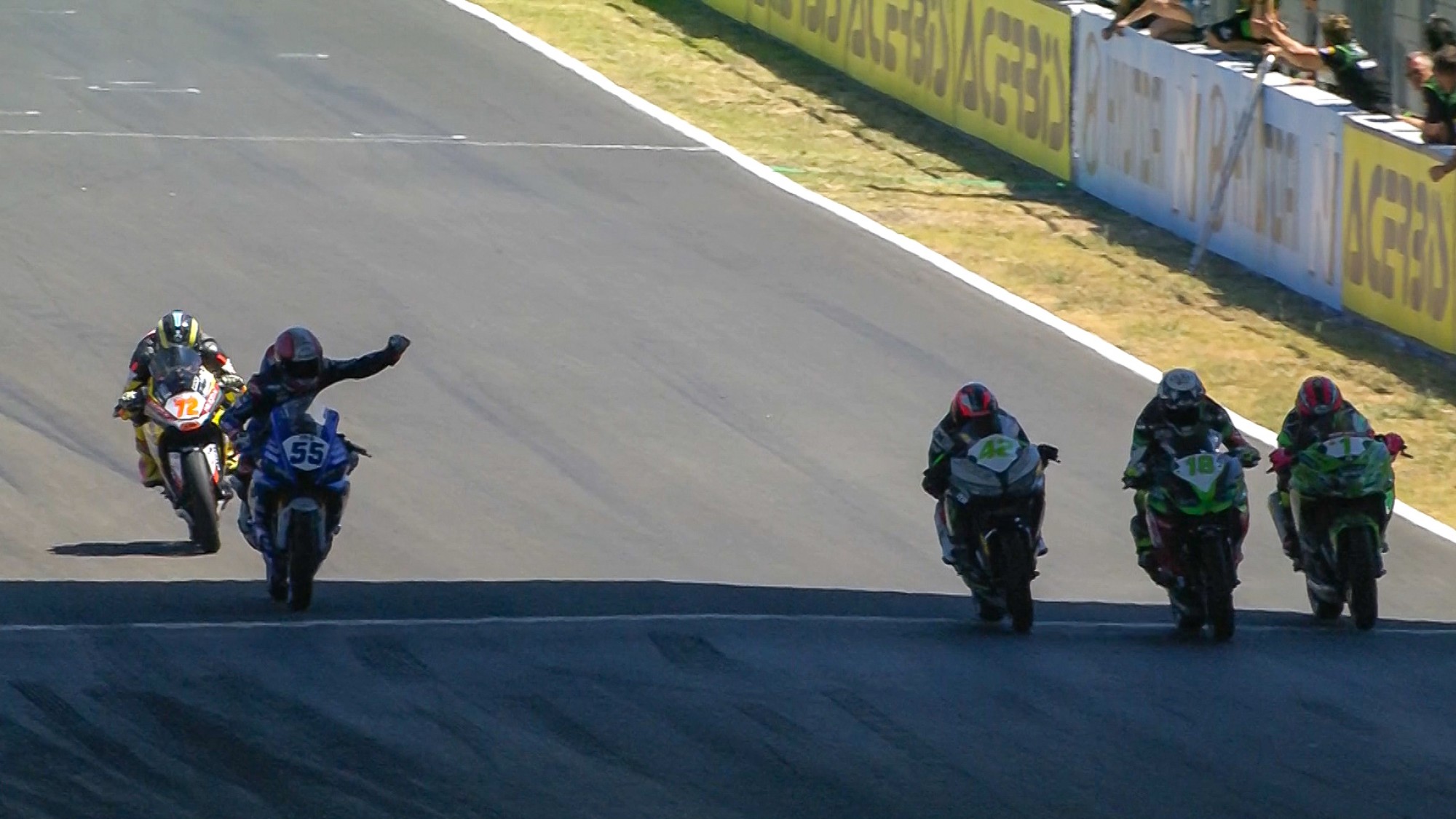 WorldSSP300 never disappoints: three Spaniards lock out the podium whilst one young Indonesian rider celebrated a bit too soon…

On the run to the line, it was impossible to pick a winner, as Garcia powered onto the straight ahead of Gonzalez and Hendra Pratama, whilst Carrasco was back in fourth. Gonzalez drafted alongside Garcia, the two Spaniards going neck and neck across the line, whilst Hendra Pratama was passed by Ana Carrasco before the Indonesian rider celebrated a tad prematurely, believing that he had achieved a podium when in fact, reigning champion Carrasco took the verdict! At the front though, it was Gonzalez who took his third win of the season, building a 32-point lead in the championship.

With Gonzalez, Garcia and Carrasco on the podium, it is only the second time in WorldSSP300 history that a nation has locked-out the podium – both occasions have been Spain, with Magny-Cours in 2018 and now Jerez in 2019.

Watch the full race of WorldSSP300 here, whilst catching up on everything from the Acerbis Spanish Round with the WorldSBK VideoPass!