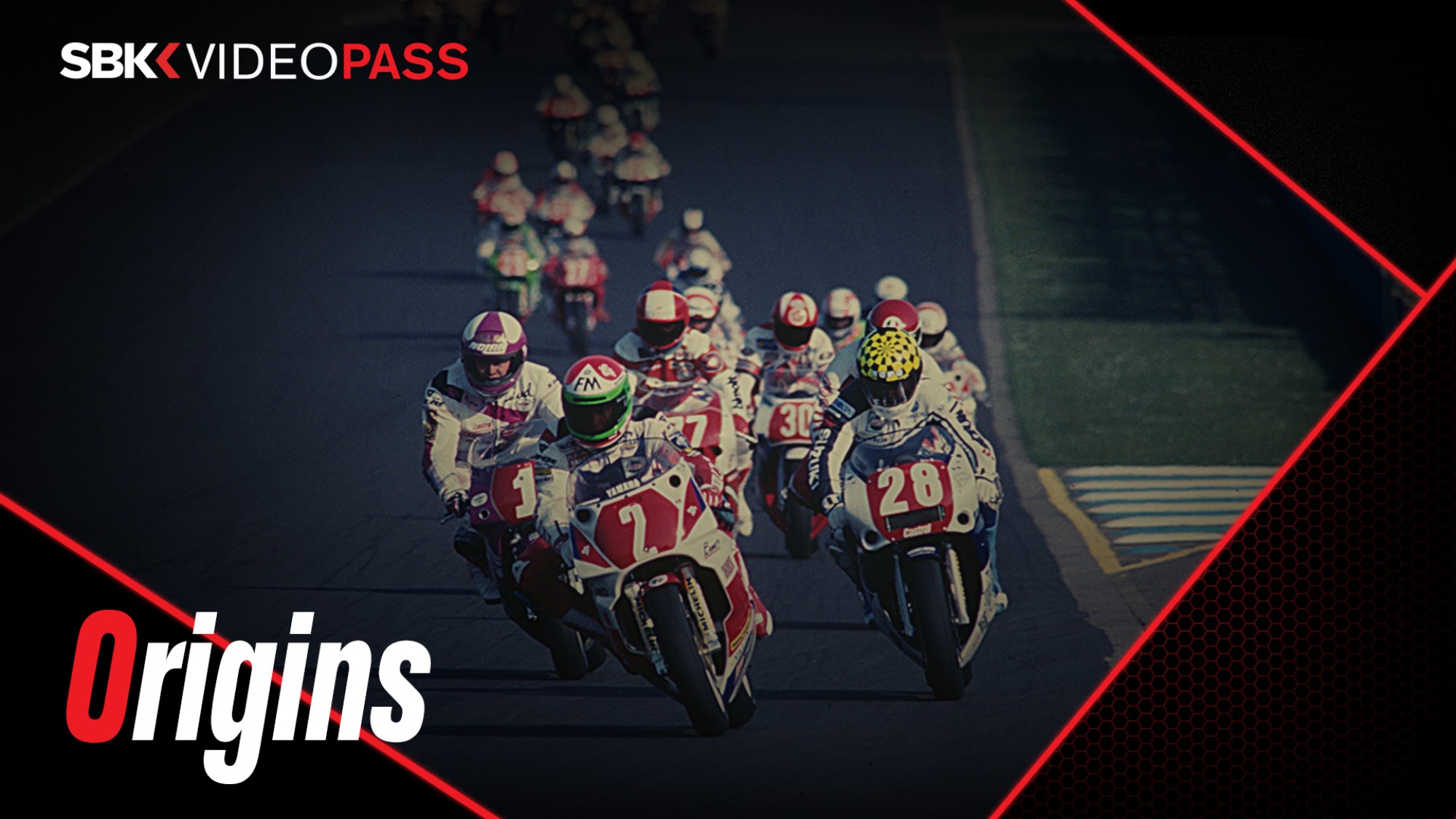 Originality is key in WorldSBK, and the origins of the championship have made the perfect platform to build from!

The origins of WorldSBK are still present in the innovative and somewhat slightly different MOTUL FIM Superbike World Championship. The history of the championship act as the foundations, that have been built on year after year to make what is now a championship with action and drama aplenty.

Before the origins of the WorldSBK Championship were founded, the principles and origins they were founded upon are still very much in existence. The motorcycles used are all derived from production machines, the exact ones you can buy in a motorcycle dealer. They are adapted in the WorldSBK class, to run race-specification parts, such as suspension, brakes and even tyres. All of the bikes that have ever raced in WorldSBK have been production-based in WorldSBK, with results in technological development and innovation not only being shown in racing, but also to the customers that purchase the road-going models.

It all started on a cold, Spring day in April at the historic Donington Park venue, which had been hosting motorcycle racing for many decades before the birth of WorldSBK. The 3rd of April 1988 saw a new breed of motorcycle racing uncovered and within a decade, the championship would be one of the biggest in the sporting world, with hundreds and thousands of people watching trackside every year, something that has remained the case for the current WorldSBK format.

Notable names have been formed in WorldSBK, becoming synonymous with the championship, whether it be as riders, team members, sponsors or the media. Carl Fogarty’s four championships captivated him to the championship so much that he started his own team in 2003. The first ever pole-sitter in the championship, Roger Burnett, went on to commentate on the WorldSBK championship during the phenomenal years where Troy Bayliss and Colin Edwards duked it out, whereas the first race winner in WorldSBK, Davide Tardozzi, went on to take titles with Fogarty, Bayliss, Neil Hodgson and many more riders as team manager.

The legacy of the origins of WorldSBK is clear for all to see, with a competitive grid full of world champions from many categories, with young, up-and-coming national champions looking to make a name for themselves, just like Jonathan Rea, Tom Sykes and Ben Spies have all done previously. The British round of the WorldSBK calendar is the only one that has remained a permanent fixture in the 32 seasons of WorldSBK action, albeit with various locations hosting the British round.

When the WorldSBK calendar was first published ahead of 1988, nine countries across three continents were used. Now, the total number of circuits used by WorldSBK stands at 47, with 26 nations represented in the history of the championship, of which six continents are covered – with South America and Argentina becoming the latest addition. The origins of the international mix from 1988 has grown and enhanced in the modern day.

Watch a fascinating and record-breaking WorldSBK season unfold in 2019 with 50% off the MUST HAVE WorldSBK VideoPass!