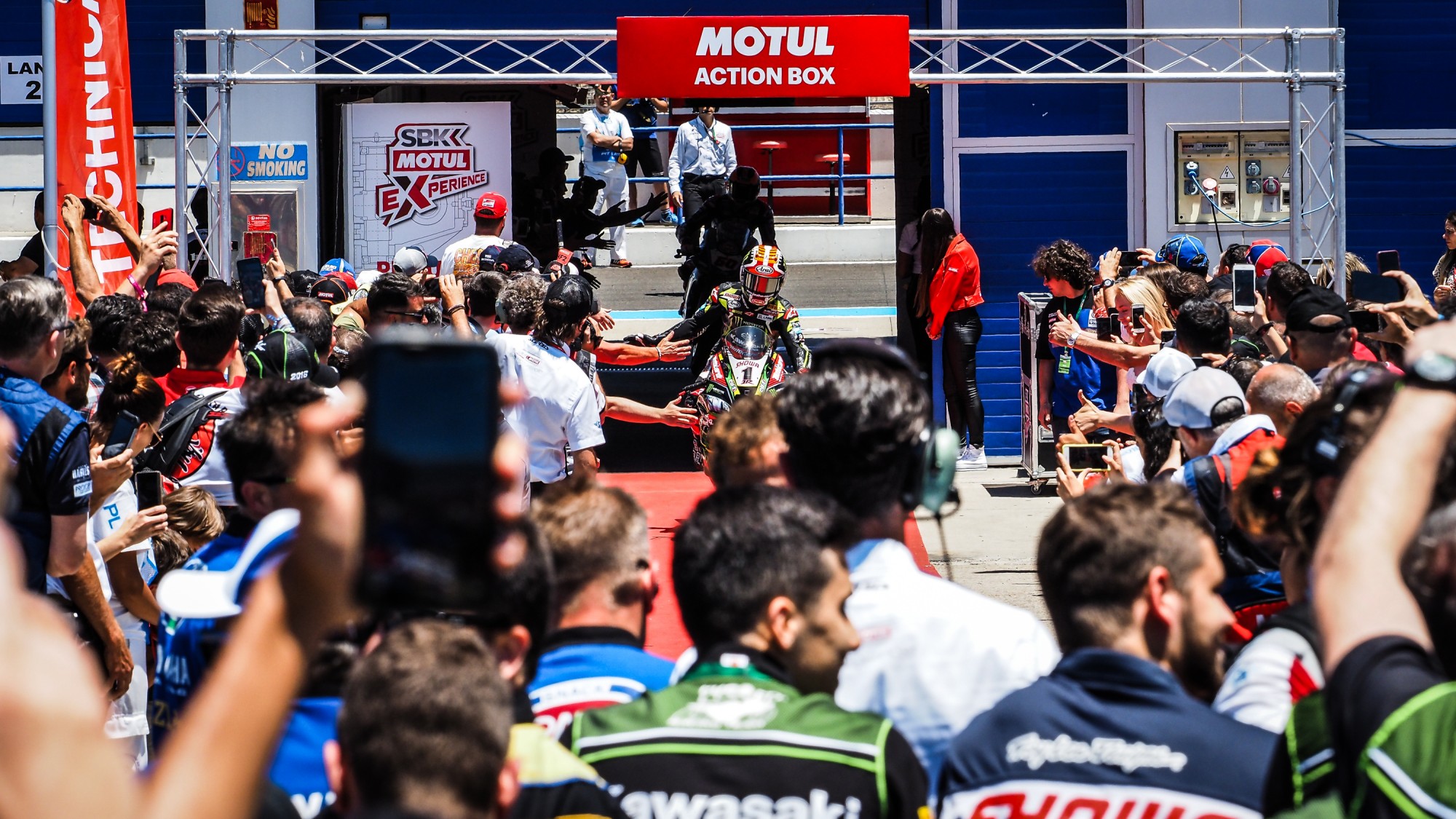 The reigning four-time WorldSBK Champion also said that Alvaro Bautista proves he isn’t super-human, so is it really game on?

Despite two penalties from his collision in Race 1 with Alex Lowes (Pata Yamaha WorldSBK Team), Jonathan Rea leaves the Circuito de Jerez – Angel Nieto closer to Alvaro Bautista (ARUBA.IT Racing – Ducati) in the overall championship standings than when he entered. After a crash for the Spaniard on the second lap of Race 2, Jonathan Rea took second, closing the gap down from 61 before the race started, to just 41 by the completion.

Whilst many may have thought that Rea would run away with Race 2, it was actually Michael van der Mark who took the win for the Pata Yamaha WorldSBK Team, but the reigning four-time WorldSBK Champion was still pleased with his performance at the track at which he clinched his first WorldSBK title at in 2015.

“I’m trying not to think about the championship standings right now because realistically, it is going in one direction,” stated Rea, climbing on the podium for the 148th time in his career. “We just have to keep working, keep trying to do the best we can like today; one thing today is that Alvaro showed he isn’t super-human! I just did my best to pick up the pieces, Michael had a much better pace in the end and I feel like the pace he had in Race 2 would’ve been good enough to win yesterday.”

The Ulsterman now has a job on his hands to continue to reel in Bautista. Misano is next up, a circuit where Jonathan Rea took his first WorldSBK win back in 2009 and has won at five times since, whereas Alvaro Bautista crashed in testing at the venue. All is not lost just yet.

“We had a great test at Misano last week and I felt good with the bike and with the track; it is a track I love and I love racing in Italy. The track was the scene of my first ever WorldSBK win back in 2009 and I always manage to take a nice holiday with my family on the Adriatic Coast, it’s a cool area. I am looking forward to the whole event at Misano to be honest and I will just try to win; the winning feeling in Imola was incredible. I want to try and refocus and come back stronger in Misano.”

Will we see Rea take on Bautista head-to-head at Misano? Find out with the WorldSBK VideoPass!