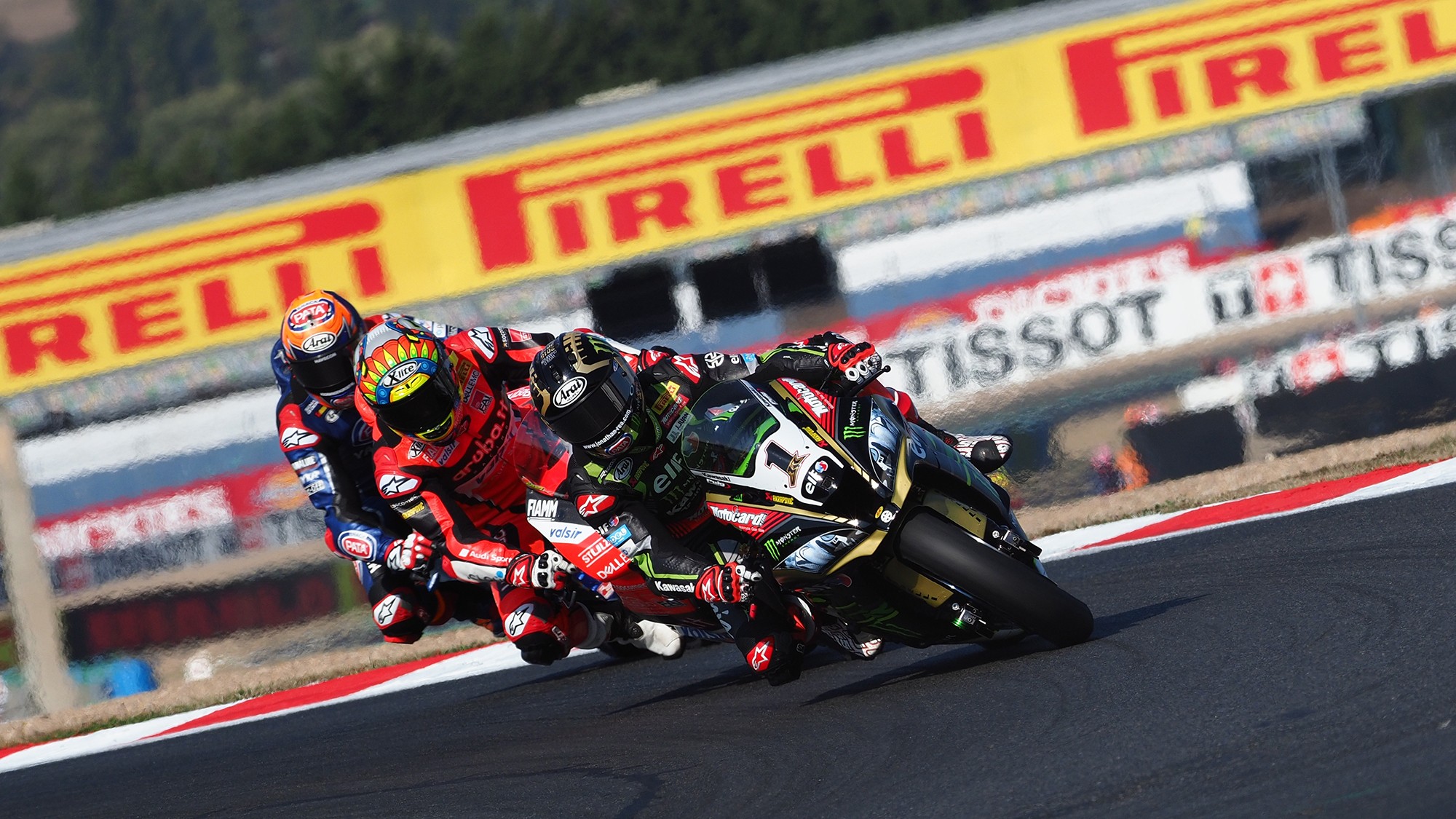 Five factory teams will face off in the 2019 season

One of the most exciting developments of the 2019 pre-season has been the announcement that both Honda and BMW will compete in the MOTUL FIM Superbike World Championship with factory-backed teams, joining Kawasaki, Ducati and Yamaha on the grid next season. All five are due to face off for the first time at Phillip Island, and taking their past successes into account all cards will be off the table. Let’s take a look at the high points in WorldSBK of the five marques that will do battle for the title next season.

BMW: The German giant has only been fully involved in WorldSBK one time in the past, a successful five-year spell from 2009 to 2013 that saw them compete for WorldSBK’s top prizes. After three years of bringing the bike up to speed with Troy Corser, Ruben Xaus (2009-2010) and Leon Haslam (2011), BMW Motorrad’s big break came in 2012 with Marco Melandri who managed six race wins and third position in the championship standings, with teammate Haslam adding several podiums more to the team’s name. BMW was second in the manufacturers standings, just missing out on the top prize.

Melandri received a new teammate in 2013 in the form of Chaz Davies, and both men finished the season with three wins apiece and inside the top five. That was the last official BMW partnership to compete in WorldSBK – Tom Sykes and Markus Reiterberger will pick up the baton with gold in their sights.

Ducati: How does one choose a single moment for the most successful manufacturer in WorldSBK history? The Italian marque has managed – be it through factory or private teams – 17 riders championships, 17 constructor’s titles, 341 race wins, 890 podium finishes… All of that, with a nearly uninterrupted presence in the World Superbike paddock.

The highlight of this unparalleled journey would perhaps be the 13 manufacturers titles that the Borgo Panigale marque won between 1991 and 2004 – with a runner-up spot in 1997 to complete the near-perfect run. During that time, six world champions were crowned on Ducati twins: Doug Polen, Troy Corser, Troy Bayliss, Neil Hodgson, James Toseland and, of course, Carl Fogarty. And it all started with Polen’s magical season of 1991: 17 wins and 4 second positions in 24 races.

Honda: Ducati’s big rival since the birth of World Superbike, the Japanese manufacturer left its bikes in private hands from the 2003 season forwards. Before that, HRC competed several seasons in the class with incredible success: John Kocinski achieved their first factory-supported title in 1997.

Another American hero in Colin Edwards extended their achievements into the new millennium, sealing the title in 2000 and 2002. And while his efforts were not officially supported by Honda, James Toseland’s epic 2007 title win with the Ten Kate Honda team merits its share of plaudits.

Kawasaki: The green machines have been the undisputed kings of World Superbike in the past five years, which has also been their most successful spell in the series. Titles in 2013, 2015, 2016, 2017 and 2018 – together with the manufacturers crown in the last four seasons – have confirmed them as the top dogs of WorldSBK, with Tom Sykes and particularly Jonathan Rea the men to beat this decade.

But these are by no means Kawasaki’s entire history in WorldSBK: during the 1990s, motorbikes made by the Japanese titan kickstarted the careers of several WorldSBK stars, including Akira Yanagawa, Anthony Gobert, Aaron Slight or 1993 World Champion Scott Russell (their first title in WorldSBK).

Yamaha: The third and final Japanese manufacturer on this list and a reliable marque in the world of motorcycling racing, Yamaha machinery has had recent success at all levels of WorldSBK, most recently with the three race wins achieved by Michael van der Mark and Alex Lowes last seasons.

Yamaha reached their peak performance in WorldSBK in the late 2000s. Noriyuki Haga missed out on the world title in 2007 by just two points, but the combined efforts of the Japanese star and Troy Corser granted Yamaha their first manufacturers trophy. Haga was also on the losing end of a title battle in 2009, but this time it worked in Yamaha’s favour: Ben Spies roared ahead to their sole riders championship in WorldSBK by just six points.

Which bike will prove to be the best in 2019? Tune in very soon to watch all the best SBK® thanks to WorldSBK VideoPass.